Rahman notes that Usyk (19-0, 13 KOs) isn’t a big puncher at heavyweight and wasn’t a power guy when he fought at cruiserweight.

He thinks that with the muscle & water weight that the 35-year-old Usyk would need to shed to come down to 201 lbs to fight Canelo, it would weaken him enough to where the Mexican star can win.

Of course, all of this will be a moot point if Canelo (57-1-2, 39 KOs) loses to WBA light heavyweight champion Dmitry Bivol on Saturday night or if he gets beaten by 40-year-old Gennadiy Golovkin in their trilogy match in September.

Earlier this week, promoter Eddie Hearn revealed that Canelo had told him that he believed that he could beat Usyk at 201 lbs. If not for Hearn mentioning this, no one would be speaking about it.

In hindsight, it might have been better if Hearn didn’t say anything about Canelo’s thoughts on a fight against Usyk because it’s taken a lot of attention from Saturday’s fight between the Mexican star and Bivol.

If you’re DAZN, you’re probably not overjoyed to hear the focus being on a hypothetical fight between Canelo and Usyk in the distant future rather than on the one taking place this Saturday against Bivol.

“I’d like to see him fight Usyk at 201. I think he has a chance,” said Hasim Rahman to Fighthype about Canelo Alvarez having a chance to beat Oleksandr Usyk at 201 pounds.

“He might be the favorite,” Rahman said of Canelo over Usyk. “Yeah, I would think that [Canelo is too small to fight at heavyweight], but you’ll notice, I said, 201.

“Now, Usyk would have to lose weight, lose muscle to come down, and Canelo would be gaining muscle. Canelo can box, and he spars heavyweights all the time.

“So, Usyk isn’t one of the biggest punching heavyweights. He wasn’t a big-punching cruiserweight. So, I give Canelo a shot at 201 of winning the unified heavyweight championship of the world at 201. I give him a shot.

“I think he can,” said Rahman when asked if Canelo can walk Usyk down. “Even if he doesn’t, all the strengths that Usyk has, Canelo has.

“Canelo has an iron chin. Usyk isn’t going to hurt him, so I give him a chance. In fact, I might make him the favorite. Yeah, I’m picking him,” said Rahman about him picking Canelo to defeat Usyk.

For Canelo to beat Usyk, the Ukrainian fighter would need to be completely drained, and the judging would have to be the type that we saw in the two Gennadiy Golovkin fights and in Alvarez’s matches against Erislandy Lara and Austin Trout. 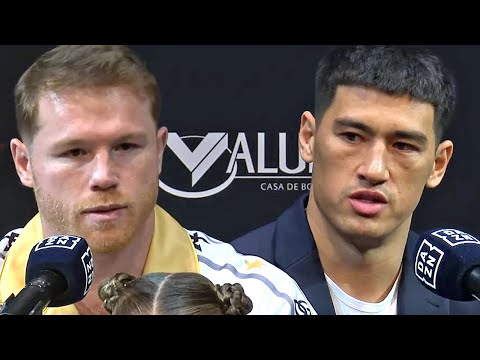