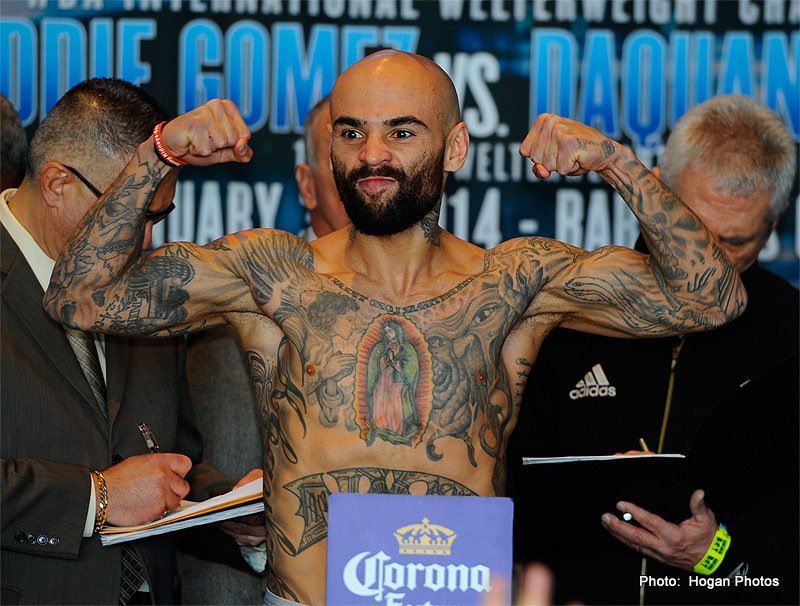 While we wait for the two unbeaten welterweights to get it on and fight each other in what would/will be a massive fight, it seems Errol Spence and Terence Crawford both have their next fight all set. As fans know, IBF 147 pound champ Spence will face Mikey Garcia in an interesting clash of pound-for-pounders, and this fight, though ridiculed by some *(Mikey is simply too small for Spence being a common line heard) is one fans will pay for. This may not prove to be the case with Crawford’s March defence, however.

According to a news story from RingTV.com, Crawford will make the second defence of his WBO belt against, drum roll…….Luis Collazo. Apparently the fight is close to be finalised for Madison Square Garden, New York on March 23rd. It’s fair to say fans will not get too excited about this fight, this match-up. In fact, many will no doubt say it’s an out and out mismatch. Collazo, 38-7(20) was once a fine fighter, but that was some time ago. Was it really back in 2006 that the southpaw from Brooklyn gave Ricky Hatton all that he could handle?

It sure was, and since then 37 year old Collazo has had an up and down career. Collazo did pick up a win over Victor Ortiz in early 2014, but losses to Shane Mosley, Andre Berto, Freddy Hernandez, Amir Khan and, most recently, Keith Thurman, seemed to have ended his days as a top contender. But now, right out of the blue, Collazo gets a shot against the 34-0(25) Crawford. Has he any chance at all? Will fans pay money to see this fight?

It’s okay for a great fighter – and many people do day Crawford is either a great or that he is well on his way – to mark time with a so-so fight, but fans do expect better from Crawford. It really is tough to make any case for a Collazo win here, or for a competitive fight. Look for “Bud” to get some real flak if this fight does indeed go ahead.