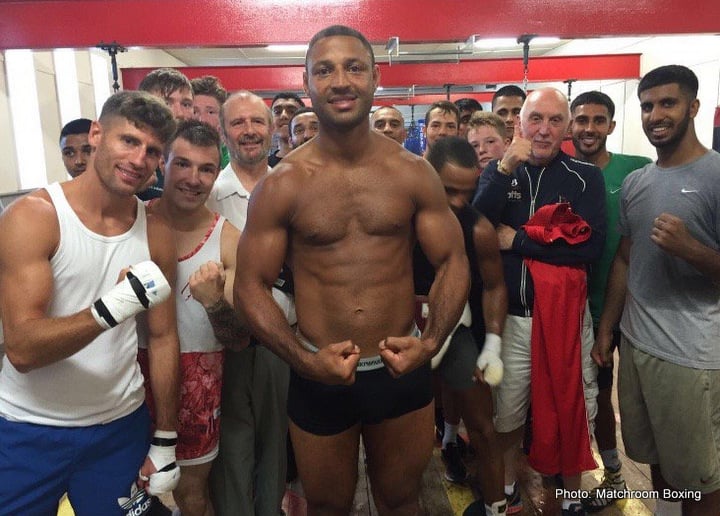 Gennady Golovkin, (35-0, 32 KO’s) and Kell Brook (36-0, 25KO’s) have both weighed in within the World Boxing Council’s (‘WBC’) required 30-day limits heading into their highly anticipated international showdown at The O2 on Saturday, September 10 in London, England.

For middleweight world title fights, the WBC mandates that fighters must be no more than 10% over the middleweight limit or 176lbs. thirty days prior to the fight.

Presented by Matchroom Boxing and K2 Promotions, the middleweight world title clash will be televised on Sky Sports Box Office in the United Kingdom and Live on HBO World Championship Boxing® beginning at 5:30 p.m. ET/PT in the United States. 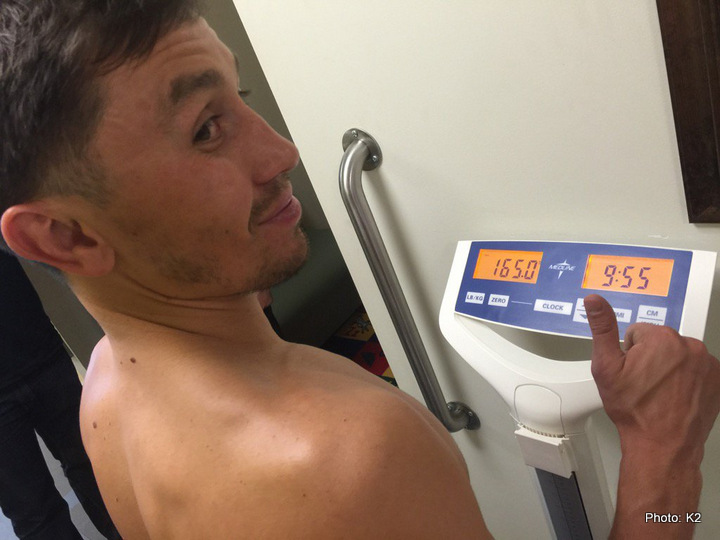 Golovkin is known as “The Most Exciting, Hardest-Hitting, Most Feared Fighter in the World.” From recently selling out arenas in New York City (Madison Square Garden), Los Angeles (The Fabulous Forum), Carson, California (StubHub Center) and now The O2 (London) to his sponsorships with the JORDAN Brand, Apple, Samsung, and Bijan, Tsesna Bank, BI Group and EXPO 2017, Golovkin is one of the most marketable athletes in the world.

Golovkin’s record includes 22 straight knockouts in addition to 16 consecutive world title defenses. His 91.4% knockout ratio is the highest in boxing’s middleweight division history. Britain’s pound-for-pound number one fighter, Kell Brook, is out to shock the world when he steps up two weight divisions to take on the fearsome Gennady Golovkin.

The unbeaten Sheffield star achieved his childhood dream in August 2014 when he travelled to California to rip the IBF World Welterweight title from Ohio’s highly-rated and then-unbeaten Shawn Porter. He has since defended the title on three occasions, defeating Jo Jo Dan, Frankie Gavin and Kevin Bizier, all by stoppage.

Both fighters are in excellent shape and weighed in at almost identical weights. From his training camp in Big Bear Lake, California, Gonzalez weighed in at 124.2lbs. while Cuadras today in Los Angeles tipped the scales at 124lbs. (Photos/Courtesy K2 Promotions)

For super flyweight world title fights, the WBC mandates that fighters must be no more than 10% over the super flyweight limit or 126.5lbs. thirty days prior to the fight

Co-featured on September 10 and also telecast live on HBO World Championship Boxing along with Gonzalez vs. Cuadras is a 10-round junior middleweight rematch of the epic 2016 “Fight of the Year” candidate between Yoshihiro Kamegai, (26-3-2, (23KO’s), and Jesus “Renuente” Soto-Karass, (28-10-4, 18KO’s). The first bout scored a draw, took place on April 15 in downtown Los Angeles.