Gilberto Ramirez, who tonight faces Germany’s Dominic Boesel in Ontario California, has very impressive numbers at 43-0(29) and the former WBO super-middleweight champion has impressed many with his ring skills. “Zurdo” now has three goals: to take on and defeat WBA light-heavyweight champ Dmitry Bivol, thus avenging the loss his countryman Canelo Alvarez suffered, to become undisputed champ at 175, and to surpass Floyd Mayweather’s 50-0 record.

Ramirez, a tall, athletic and immensely talented fighter, could do all three things. And as he made clear in speaking with RingTV.com, 30 year old Ramirez is hoping the WBA will see to it that Bivol has to defend his belt against him.

“I thought Canelo was going to win,” Ramirez said of the fight Canelo had with Bivol last Saturday. “He was the favourite. I thought he was going to win a decision in a close fight, but the outcome was completely different. Dmitry Bivol won the fight going away. As a fan, I was a bit sad because I wanted the Mexican to win. As a boxer, I am glad because, when I beat Dmitry Bivol, the eyes will be on me. Of course I want that fight against Dmitry Bivol. I want to take that belt back to Mexico.”

Ramirez, who stands at 6’3” and has a wingspan of 75,” held the WBO 168 pound title from April of 2016 to the end of 2018, and the southpaw made five successful defences before moving up to 175 in 2019. Ramirez should perhaps be a bigger name than he is. Ramirez says a win over Bivol, which would see him become a two-weight champion, would elevate his profile and it would indeed. First, Ramirez has the 32-2(12) Boesel to take care of and “Zurdo” says he is looking forward to putting on a show.

If he wins tonight, Ramirez will be a most impressive/eye-catching 44-0. Can Ramirez go on to hand Bivol his first pro defeat and then go on to break Mayweather’s magic 50-0 ledger? The light-heavyweight division now finds itself as one of the most interesting weight divisions in the sport.

Along with wanting to fight Bivol, Ramirez also aims to face the winner of the Artur Beterbiev-Joe Smith Jr unification fight. Needless to say, Ramirez against the winner of that fight would also prove most attractive to the fans. Who is the best light-heavyweight in the world right now? Gilberto Ramirez has no doubts he is the man. 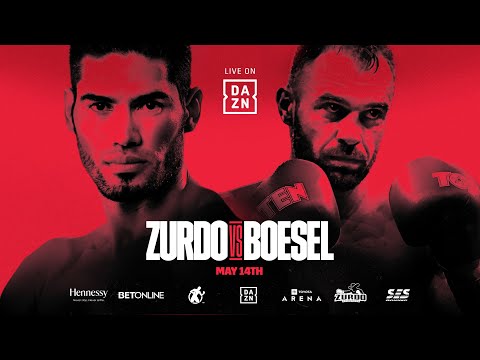