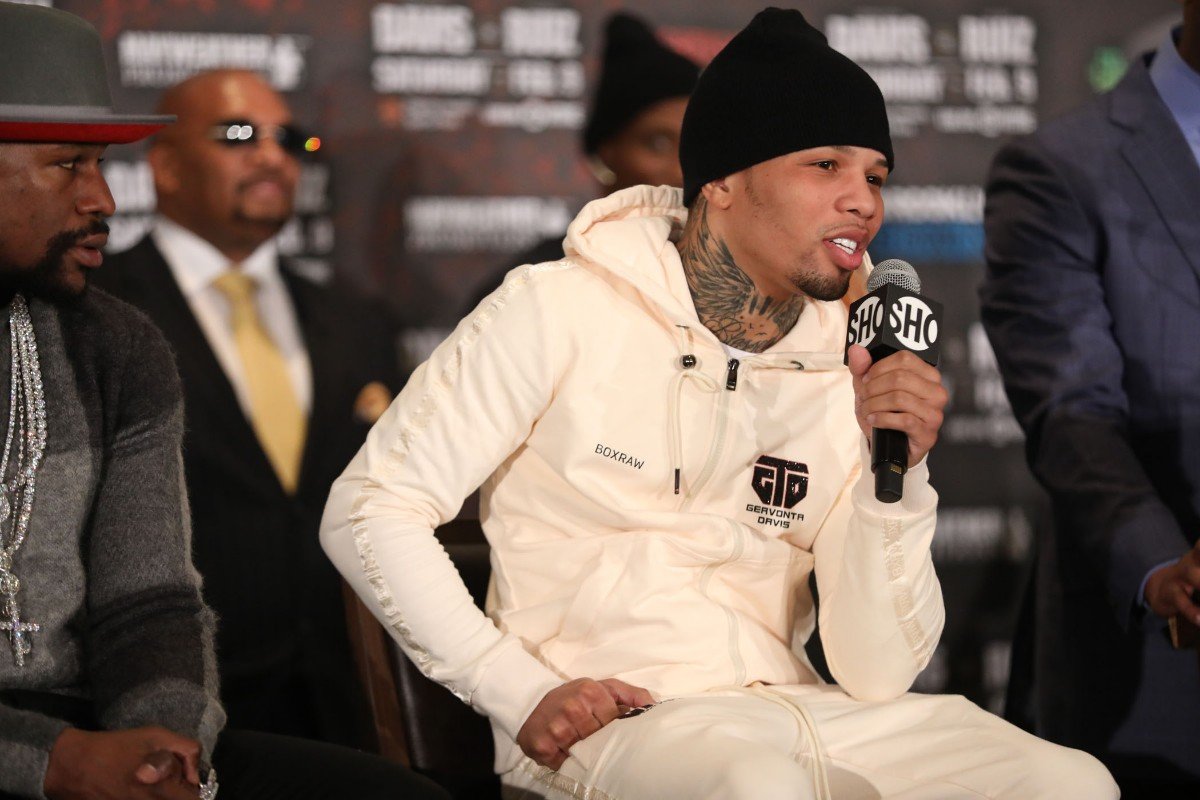 Gervonta Davis says he’s going to move up to 140 and challenge Josh Taylor (16-0, 12 KOs) for his IBF/WBA light welterweight titles after he takes care of business on December 28th against Yuriorkis Gamboa in Atlanta, Georgia. Losing to a smaller fighter like Gervonta could be embarrassing for Taylor. He looked giant last weekend in his fight against Regis Prograis in the World Boxing Super Series tournament.

Taylor looked like a welterweight, who boils down to fight at 140. If Gervonta beats Prograis, he would essentially be defeating a guy that is 3 divisions above him in size. It’s one of those situations where Taylor might choose to avoid Gervonta.

The unbeaten former IBF/WBA super featherweight champion Tank Davis (22-0, 21 KOs) is making a move up to 135 to face Gamboa (30-2, 18 KOs) for the World Boxing Association lightweight title Live on SHOWTIME® from State Farm Arena in Atlanta. This will be Davis’s first fight at 135. However, it doesn’t look like Gervonta plans on staying at lightweight for long, as his next move will be go up another five pounds to take on Taylor at 140.

The 5’5 1/2″ Davis will be giving away 4 1/2″ inches in height and two inches in reach to the 5’10” Taylor. However, that won’t be a big deal though, as Taylor likes to fight on the inside. In Taylor’s match last Saturday night, he defeated the shorter 5’8″ WBA light welterweight champion Regis Prograis (24-1, 20 KOs) by a 12 round majority decision by fighting him mostly on the inside.

That was where Taylor did his best work. Prograis was outgunned in close because he was focusing too much on throwing single shots, and admiring his work afterwards. Taylor let his hands go in close, and got the better of Prograis on activity alone. When they were on the outside, Prograis did better work. What that fight showed is Taylor’s DNA is that of an inside brawler. That’s what he likes to do, and that makes him vulnerable against a fighter like Geronta, who is devastating on the inside.

Taylor says he wants to take on WBC/WBO light welterweight champion Jose Carlos Ramirez (25-0, 17 KOs) next in a fight for the undisputed 140-lb championship. Whether he can get that fight or not is unknown. But even if he does, Taylor would likely be willing to face Tank Davis.

Why wouldn’t he want to fight him? The light welterweight division is empty of good fighters. Taylor just beat the guy that was considered #1 in Prograis. Ramirez might prove to be an easy fight for Taylor. Once Ramirez is done, Taylor will need a new challenge for him to keep his momentum going. Gervonta would be the perfect guy for Taylor to fight.