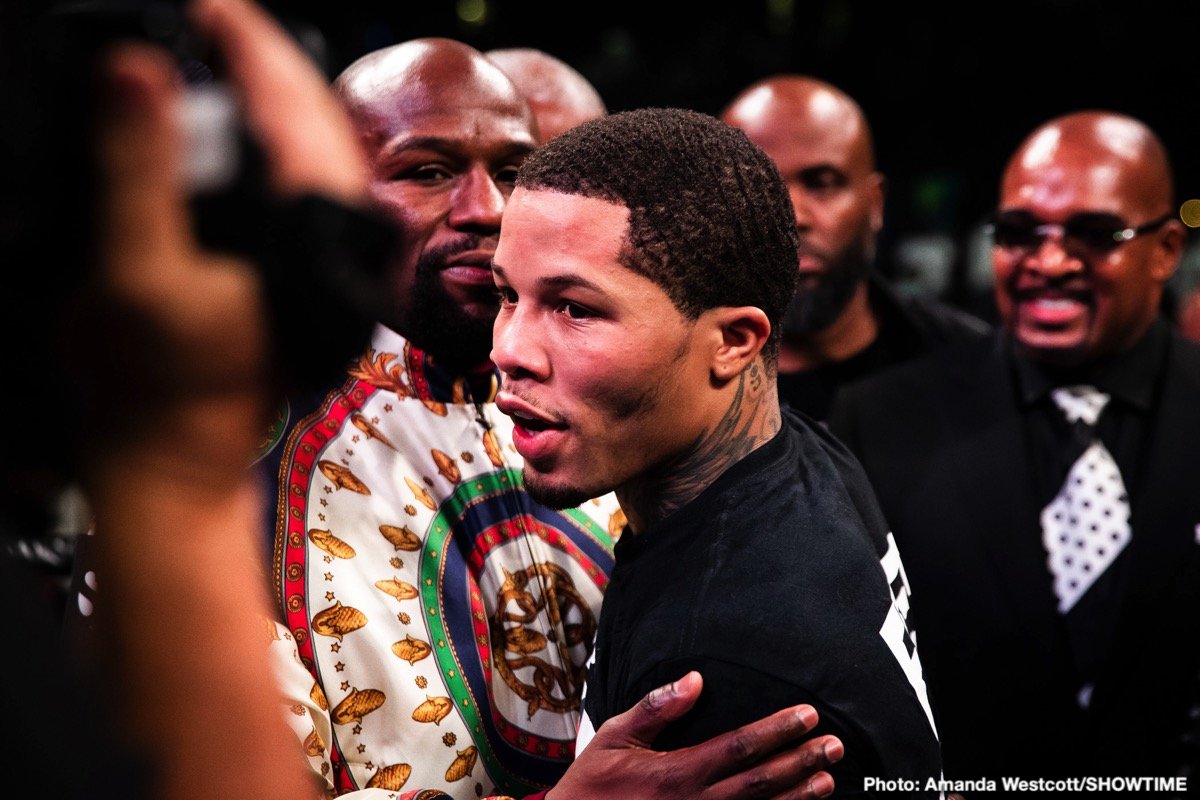 Gervonta Davis says he’ll be calling his adviser Al Haymon to let him know that he wants to set up a fight against IBF/WBA light welterweight champion Josh Taylor after his next match against Yuriokis Gamboa on December 28. The unbeaten former IBF/WBA super featherweight champion Davis (22-0, 21 KOs) has gone back and forth with Taylor on Monday night after he called him out.

Taylor called it a joke when Davis said he’s going to knock him out. But then Davis named the rounds that he plans on taking him out by saying in the 7th or 8th.

Davis is arguably a much a better fighter than Regis Prograis, and Taylor almost lost to him. Not only does Davis hit harder than Prograis, but he’s a far knockout artist. He puts his shots together, and takes his opponents out with flurries. Prograis is a one punch at a time fighter, who is kind of robotic.

Here’s the conversation between the two fighters:

I will stop you. I promise you that https://t.co/0JBAfNLa8H

Call him then. They don’t call me the hype job killer for nothing

Taylor (16-0, 12 KOs) beat WBA light welterweight champion Regis Prograis (24-1, 20 KOs) by a 12 round majority decision last Saturday night at the O2 Arena in London, England. The two light welterweight champions fought for the IBF, WBA & Ring Magazine 140-lb titles. They also had the Muhammad Ali Trophy on the line due to their being the final of the World Boxing Super Series tournament.

It was a close fight where Taylor just barely edged it. You can’t say that Prograis was a “hype job”, because he almost won. Where Prograis went wrong is he failed to throw combinations in the fight. Prograis was trying to beat Taylor by throwing single shots, and that wasn’t what he needed for him to win.

So Is Fury Vs. Joshua Off? Questions, Questions

Gervonta is in the position to avenge fellow American Regis Prograis’ loss to Taylor. It’ll be interesting to see if the fight can get made. If it does, Gervonta may need to make a decision if he wins. Does he stay at 140 and defend the IBF and WBA titles or does he vacate them and go back down to 135?

At 5’5 1/2″, Gervonta will be giving up a lot of height and reach to the 5’10” Taylor as well as many other light welterweights. However, Gervonta is like a smaller version of Mike Tyson, and it doesn’t matter that he’s shorter than guys like Taylor. All Gervonta has to do to beat Taylor is to get on the inside, and batter him. It’s the same situation the 5’8″ Saul Canelo Alvarez will be in this Saturday night in moving up two weight classes to challenge the 6’0″ WBO light heavyweight champion Sergey Kovalev. Canelo is giving up 4 inches in height just like Gervonta would in facing Taylor, and the odds-makers don’t care. They still have Canelo the favorite over Kovalev.