IBF/WBA middleweight champion Gennadiy Golovkin has 120 days to defend his IBF title against mandatory Esquiva Falcao. If Golovkin (42-2-1, 37 KOs) fails to defend against the unbeaten Falcao (30-0, 20 KOs), he’ll be stripped of his IBF belt.

Given the risk involved for the 40-year-old Golovkin against the 2012 Olympic silver medalist Falcao (30-0, 20 KOs), it’s highly possible that he’ll vacate his IBF belt rather than put himself at risk of getting beaten in a fight that won’t see him getting a huge purse.

Golovkin’s popularity is at the level where he doesn’t need world titles for him to make good money and attract fans.

As a result, holding titles actually hurt him more than helps because he’s then forced to defend against obscure fighters like Falcao in fights that won’t interest fans or bring in new subscribers to DAZN if the streaming giant continues to work with Golovkin.

This is the second mandatory defense that has been ordered for Golovkin in the last month, and he’s probably already second-guessing his decision to hold onto his two 160-lb belts after his 12 round unanimous decision loss to Canelo Alvarez last September.

Golovkin didn’t look so good losing to Canelo in their trilogy match on September 17th. GGG looked gunshy, slow, and unwilling to put himself at risk of being countered by Canelo by opening up with his offense.

This allowed Canelo to build up a wide enough lead to where he was able to coast in the championship rounds to win a decision. It’s fair to say that if Golovkin fights the same way against Falcao or Lara, he’ll quickly fall behind and wind up losing a decision against both unless his still formidable power bails him out.

The smart thing for Golovkin to do would be to get rid of his WBA & IBF belts and focus on going after the well-paying fights against Jermall Charlo and Jermell Charlo.

My wait is over, now it's time to do what I know best, conquer what was meant to be mine in time @trboxing @BobArum @ESPNKnockOut @batarelli 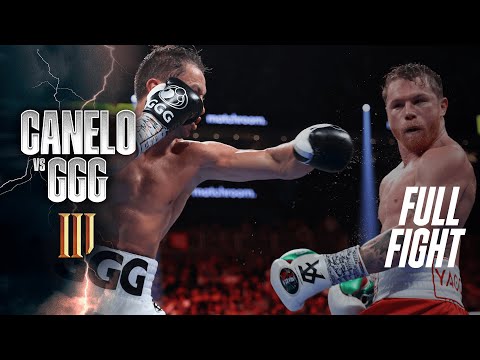