Shelly Finkel says that, with Tyson Fury (likely) fighting Oleksandr Usyk next year, the only massive fight out there for Anthony Joshua is one with Deontay Wilder. Finkel spoke with Sun Sport, and Wilder’s manager said that if a Wilder-Joshua fight happens in the UK, it could “do 80,000 at Wembley.”

Finkel said that he had not got into any talks about a Joshua fight with Eddie Hearn prior to Wilder’s comeback fight with Robert Helenius, but that now that the comeback is done, he is willing to negotiate with Hearn. There is a chance Wilder could fight Usyk himself, but Finkel says the Joshua fight does crazy numbers if it happens.

“We said at the press conference it depends on what surfaces this week,” Finkel said with regards to who Wilder fights next. “Whether it be Oleksandr Usyk, or Hearn reaching out. I said I would talk to him, but after the (Helenius) fight, because that is when it makes sense, this is what the reality is. I always said, there was no reason to have spoken before the fight, but we’re always willing to talk to him. I was asked if they offered the right deal, would we do the fight in the UK? Of course. Financially, it could be Saudi Arabia or another country, but it really comes down to them. I believe Deontay and Joshua will do 80,000 at Wembley. Two or three years ago, when Joshua and us did not make the fight, he had options and was on top of the world. Right now, he doesn’t have many options.”

Finkel is right when he says a Wilder-Joshua fight would be massive and that it is Joshua’s obvious big-fight option at this point. But does this mean the fight will get made? The circumstances of both fighters may have changed, yes, but we have been here before. Can Finkel and Hearn really make a deal? We fans hope so, just as we hoped so a few years back.

This guaranteed explosion of a heavyweight fight is too good not to happen. Even now, with neither Wilder nor Joshua holding either an unbeaten record or a world title. 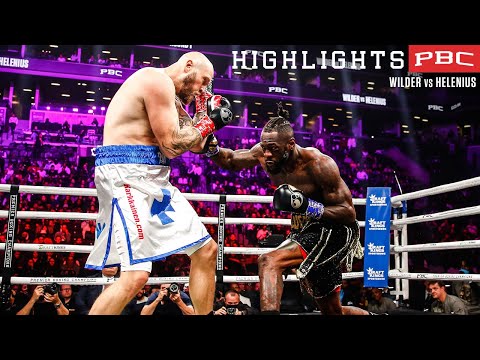