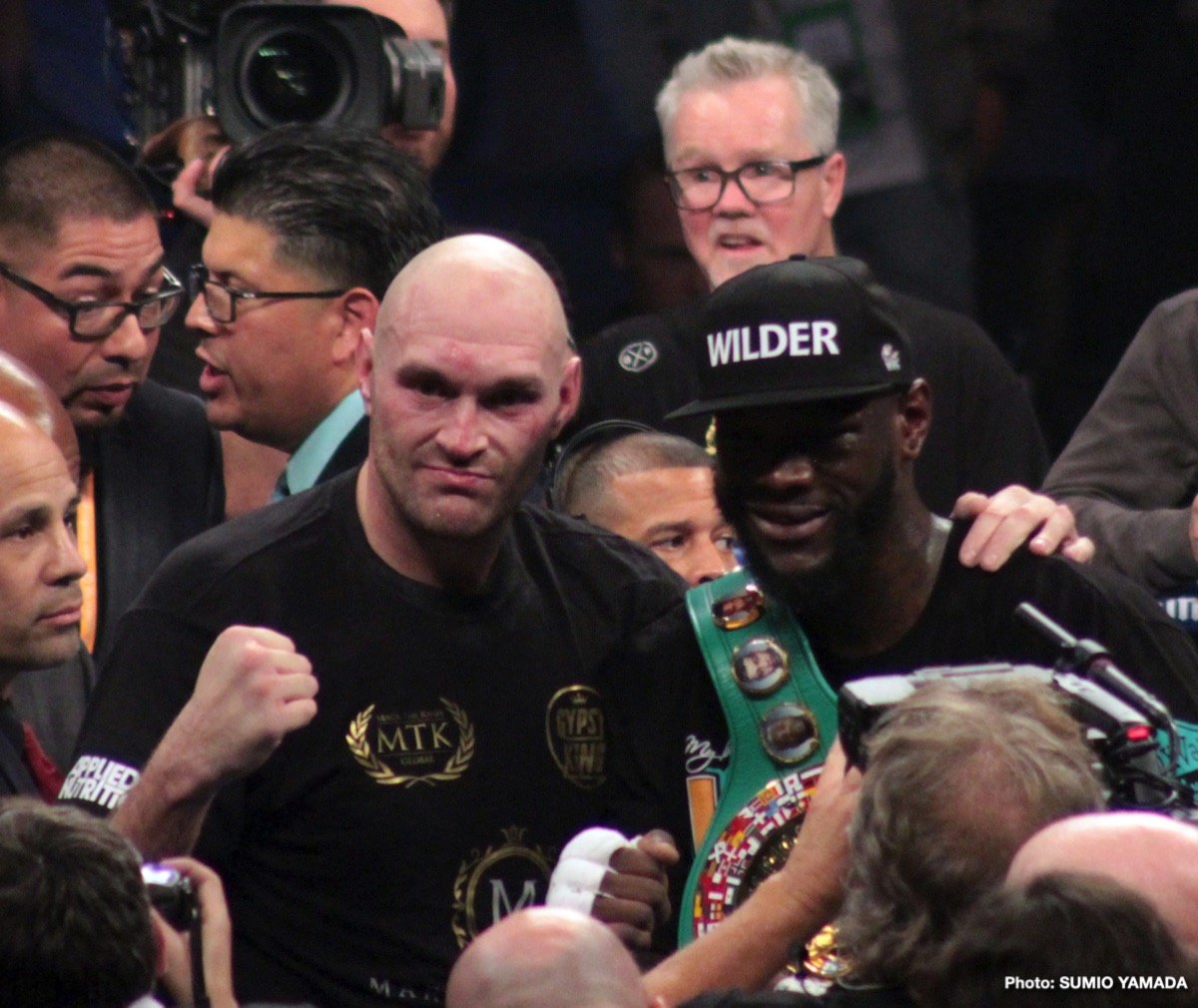 Promoter Frank Warren has informed BBC Sport how he and Shelly Finkel are back in talks, working on a return fight between Tyson Fury and Deontay Wilder. Warren also said that in his opinion, Fury, a man he calls “The People’s Champion,” is “now a bigger attraction than Anthony Joshua.”

As fans know, there can be no mention of either Fury or Wilder without bringing up Joshua’s name. The top-three of the heavyweight division as they are, Fury, Wilder and Joshua need to fight it out to see who is the best. And Warren says Fury “only wants big fights” and that the only two big fights out there for “The Gypsy King” are against Wilder and AJ.

“He’s the people’s champion,” Warren said of the unbeaten lineal champ. “I think he’s now a bigger attraction than Anthony Joshua. There’s no corporate element with him. You don’t have to go through 100 people. You just pick the phone up. He walks down the street and he hasn’t got a entourage of minders. Whoever he fights next, if Tyson Fury fights in this country, it’s going to be a sell-out, wherever he fights. At the moment I’m talking with Shelly Finkel and we’re trying to get the rematch together.”

The demanded return – fight-one arguably being The Fight of The Year 2018 – seems likely to go ahead in the US, maybe in Las Vegas, but it would be great for UK fans if Warren was able to come to a deal with Finkel and get the return over here. As Warren says, it would be a guaranteed sell-out. As for a Fury-Joshua fight, Warren is not so sure it will happen.

“I loved Joshua as an amateur,” Warren said. “I really liked watching him – a young guy, exciting and he seems to have reached a certain point in his career now where you can see what the flaws are. He’s vulnerable, he’s wobbled in most of his fights. Tyson only wants big fights. There’s only two big fights out there – that’s Wilder, and that’s Joshua. Joshua doesn’t even want to fight him because I think he knows he’ll get beat.”

This is the question fans everywhere are asking: who wins out of Fury and Joshua? Let’s hope Warren is wrong, and Joshua does want it, and that it will be made. First up, though, will be that Fury-Wilder return. What on earth can we expect from the two unbeaten giants this time!?