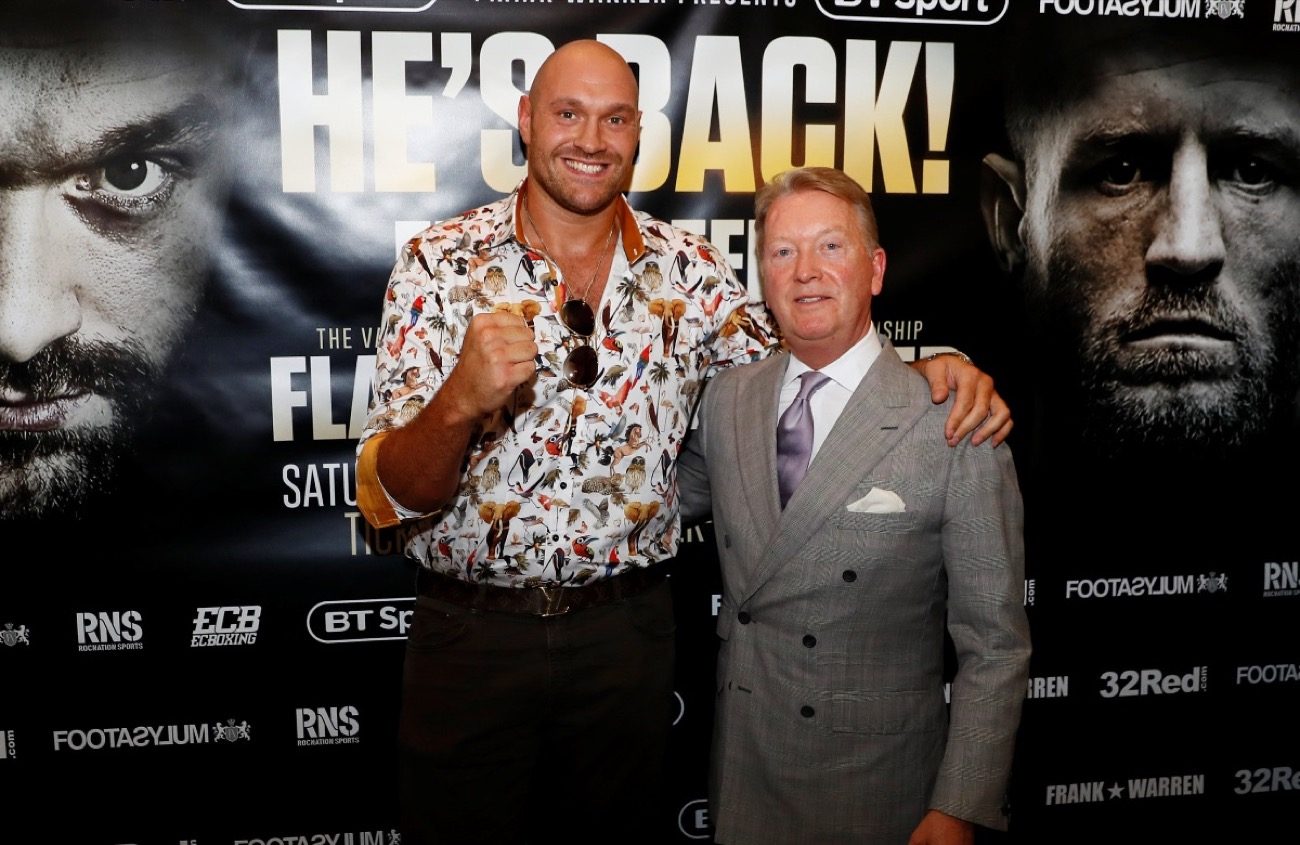 Tyson Fury will absolutely not be fighting Dillian Whyte in his next fight. As fans know, Alexander Povetkin, unfortunately, tested positive for the coronavirus and he is now unable to go ahead with his scheduled November 21 rematch with Dillian Whyte. Eddie Hearn yesterday suggested the date could be saved and that Whyte could fight Fury on the date instead.

But there is no way this will happen, Warren told Talk Sport, stating how Whyte “lost his chance” when he was knocked out by Povetkin in August.

“We’re not in the business of bailing out Dillian Whyte,” Warren said. “Correct me if I’m wrong, but didn’t Dillian Whyte get absolutely pole-axed in his last fight? At the time he was the mandatory challenger to Tyson and they kept banging on about it….but they stupidly put him in with Povetkin and that’s it, he’s lost his chance.”

Dereck Chisora has offered to step in and fight Whyte (in what would be a third fight between the two) – this despite the fact he just boxed 12 hard rounds with Oleksandr Usyk on Saturday night. The best guess is, Whyte will have to wait until the new date of January 30 to have his return with Povetkin. Assuming Povetkin is fully recovered and willing and able to fight by then.

It’s a bad break for Whyte that the big shot at revenge he has been training for has been postponed, yet Fury cannot be expected to step in and “bail him out,” as Warren said. In truth, no fan was anything like convinced we would see as big a fight as Fury-Whyte in just under three weeks.

So unless that offer from Chisora is accepted and approved (doubtful), Whyte will have to wait until 2021 before he can resume his career.