Like Floyd Mayweather before him, Terence Crawford was promoted by Top Rank before he fell out with Bob Arum (“Bud” accusing Arum of racism) and became a free agent. Now, Mayweather the promoter says he’d “love to sign” Crawford and get him the big money and the big fights he deserves. Speaking with Fight Hype, “Money” said he and Crawford have each other’s phone numbers and that they have been in touch.

Currently, we fans are hoping to see Crawford get it on with rival welterweight champ Errol Spence in what could be the biggest, most important fight of the year. Crawford is a free agent, while Spence is with Al Haymon. Mayweather has a good relationship with Haymon and he always has, so as far as making a Crawford-Spence duel, Crawford signing with Floyd would not hurt at all. 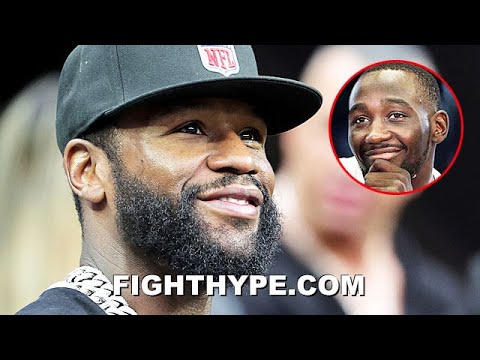 The fight Crawford wants now is the fight with Spence, as the WBO ruler made clear when responding to Spence’s call out on Saturday, this after Spence had looked great in halting Yordenis Ugas to pick up another welterweight belt. Maybe Crawford will elect to work with Mayweather, maybe he will decide to stay where he is, as a free agent. We will have to wait and see how things develop.

But if the big fights are made, we fight fans will be happy. It doesn’t really matter who makes the big fights, just as long as they do get made. A Crawford-Spence fights simply HAS to happen, and soon. Crawford turns 35 this year, while Spence turns 33 this year. These two must fight while they are still at their best, and are unbeaten.

Maybe Mayweather is the man who can prove instrumental in making the fight happen.