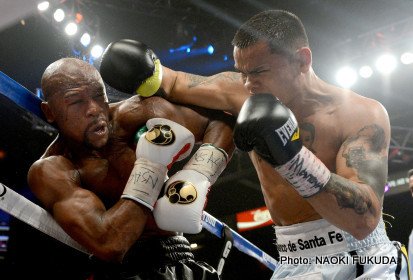 Defying logic, following no formula, and enthralling all that watched; the first fight between Floyd Mayweather and Marcos Maidana was a tribute to the very essence of sport itself.

Whilst the art and skill of any sport can capture the imagination, there is nothing more enchanting than a good underdog story, and so far in the careers of Mayweather and Maidana, this is the biggest for both of them.

Sure, other fighters have come just as close – maybe closer – to defeating Mayweather (Oscar De La Hoya, Jose Luis Castillo) but both were seen as legitimate threats at the time. Maidana had upset the odds before, most notably when he derailed the Victor Ortiz and Adrien Broner hype-trains, but having already lost to some B-level fighters, no one was expecting him to cause the pound-for-pound number one boxer on the planet any problems.
So when Maidana landed the most punches we have ever seen Mayweather hit by, when he won at least a third of the 12 round fight and when he continually put “Money” in bad spots, it simply shocked the world.

The reasons for this were clear.

It was not just that Maidana was considered an inferior fighter, it was also that Mayweather has always previously handled fighters with Maidana’s pressure fighting style comfortably (think Ricky Hatton, Robert Guerrero, Arturo Gatti). Also, Mayweather is the bigger man (in both height and reach), has a distinct speed advantage and is clearly the better technical boxer. Add to this the fact that Maidana had already had his flaws exposed by opponents not as rated as Mayweather, and it is clear to see why he was such an underdog.

Yet it turned out that Maidana’s crude style was key to him taking Mayweather to the brink, with the Argentinian only losing via majority decision. Whereas others looked to pry open Mayweather’s defence, Maidana was simply looking to bludgeon through it. With constant barrages, physical pressure and lots of foul tactics Maidana ensured he tried everything to win the fight. However, in the eyes of the judges, Mayweather’s precision punching and ability to make Maidana miss won him the fight.

The result was close enough to justify a rematch, although there is selection of boxing fans that feel there is no need. Their rationale is that Mayweather is a master of figuring out opponents and will thus be more prepared for Maidana.

However, looking at it from a different angle, it seems a lot of the advantages in the rematch lay with Maidana. Perhaps, at this point in his career, we may just see Mayweather handed the toughest fight of his life. For anyone wondering why, here are five valid reasons.

Maidana was only a judge’s decision away from doing so before, and many people thought he won regardless of what the judges said. As well as Mayweather has fought in all his bouts, there is still a slight element of luck in walking away on the right side of 20 judge’s decisions. Boxing fans know, it is not always the fighter that deserves that goes away with the win. Maidana knows this too and will look to test whether the judges remain on Floyd’s side yet again.

Part of Maidana’s assets as a fighter is his ability to take punches. This is a prominent part of what makes him a world class fighter. Lacking the reflexes and defensive skills to avoid punches, Maidana’s style means being able to take what his opponent dishes out is vital to him succeeding.

Along the same lines, an underrated part of what makes Mayweather a great fighter is his punch power. Many a pressure fighter has been halted in their tracks by his sharp, accurate and stinging punches. Tough fighters such as Saul Alvarez, Juan Manuel Marquez and Diego Corrales became visibly timid after taking a few shots from Mayweather. This did not happen to Maidana, even after having his head snapped back a few times. Also, let’s remember, Maidana has never been stopped, even after taking some serious punishment from the likes of Amir Khan and Victor Ortiz. Furthermore, Mayweather has not won via knockout in three years. Thus, many feel, including those in Maidana’s camp, Floyd simply cannot knockout Maidana.

Maidana will also have a better gauge of what to expect. Mayweather will have faced similar fighters to Maidana (if not as tough or determined) but the Argentinian will never have faced anyone with Floyd’s abilities. Thus, Maidana will be better prepared to handle the movement and speed of Mayweather. Anything Floyd had to intimidate Maidana with is now again, meaning he can fearlessly put it all on the line for the win.

OK, this is something that people – most vocally Freddie Roach – since 2012, and yes, there has not been any real evidence of it in the ring, but that is not to say it isn’t true.

The stats do not lie. Mayweather has taken more punishment in his last four fights (mainly against Miguel Cotto and Maidana) than he has in most of his previous career. OK, he looked exceptionally fleet-footed in between, but that was against Alvarez and Guerrero, two Mexicans that are hardly the most nimble of fighters. Maidana, being a smaller fighter than the aforementioned, may be the most mobile of the lot.

And no one should forget, as much as Floyd Mayweather is fighting Marcos Maidana, he is also fighting father time. Floyd is 37 years old now. History has shown that fighters that rely on reflexes, speed and agility, can go old over night, and usually in spectacular fashion. If it can happen to Muhammad Ali and Roy Jones Junior, it can happen to Mayweather.

4 – Maidana is going to Out-Dirty Mayweather

Speaking of Muhammad Ali, just like Floyd Mayweather and countless others (Roberto Duran, Bernard Hopkins and more), he was a very dirty fighter.

Holding, pulling, grabbing, stepping on toes, taunting and worse, many greats have been masters of foul play, using every trick in the book to win a fight. Mayweather is no different. He used his forearm constantly against Ricky Hatton. He near enough sucker-punched Victor Ortiz and in most fights he does something or another on the edge of the rules.

However, against Maidana, he found someone who was even more willing to bend the rules. Maidana was headbutting, throwing low-blows, holding and even kneeing (seriously!) Mayweather. When it happened he was rebuked for doing so by the referee, but he kept right on doing it as it was putting Mayweather off and helping him gain ground in the battle.

Mayweather was quick to speak about Maidana’s roughhouse tactics and try to incite stricter refereeing in this rematch. But Maidana’s team know exactly what they are doing. His trainer Robert Garcia said as much, stating; “If Floyd thought we were dirty before, we are going to be even dirtier this time.”

Maidana literally has nothing to lose and will do anything he can to win the fight.

A notable addition to the Maidana camp has been that of Victor Conte, famed sports nutritionist that once spent time in jail for selling athletes illegal performance enhancing drugs (PEDs).

This is the same man that has been implicated in sporting scandals including the Marion Jones trial, Dwain Chamber’s drug test fails and even the baseball steroid scandal. His mastery of the dark arts of PED use is notorious in the entire sports world.

Conte is considered one of the foremost authorities in the world when it comes to PEDs and has already worked with several high profile boxers and notably improved their physical condition. Many have also said this about Maidana, with ‘El Chino’ looking visibly more defined just four months after the last fight.

Alex Ariza, another notorious physical trainer/advisor that was once shown giving Maidana pills in between rounds, has actually switched sides and is working with Mayweather for this fight. This could be why Conte has been brought in. Whatever the reason though, what Conte can do for an athlete is perfectly clear.

Conte once said “When you use anabolic steroids in conjunction with intensive weight training, the gains that you can make, for example as a baseball player, are during the off-season. Doing intense weight training and making all sorts of gains in explosive strength, then taper off and show up”.

Any allegations aside, we can safely assume Maidana will be stronger and fitter for this fight thanks to having Victor Conte in his corner.

With all this in mind, no one would be surprised to see Mayweather casually and even rather mundanely win a 12 round decision. However, if Mayweather is ever going to have a Buster Douglas moment, it is in this fight here. And team Maidana knows it. 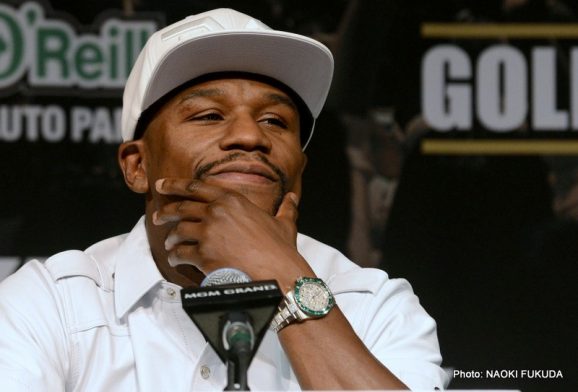 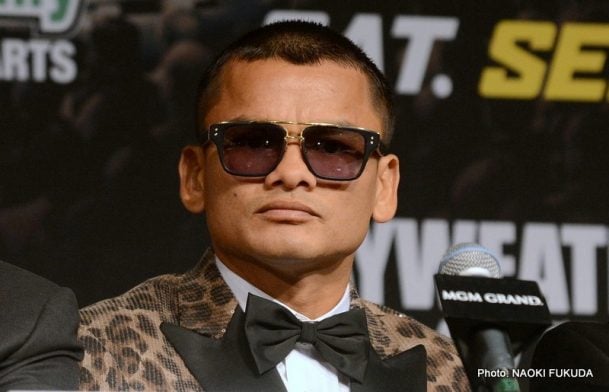