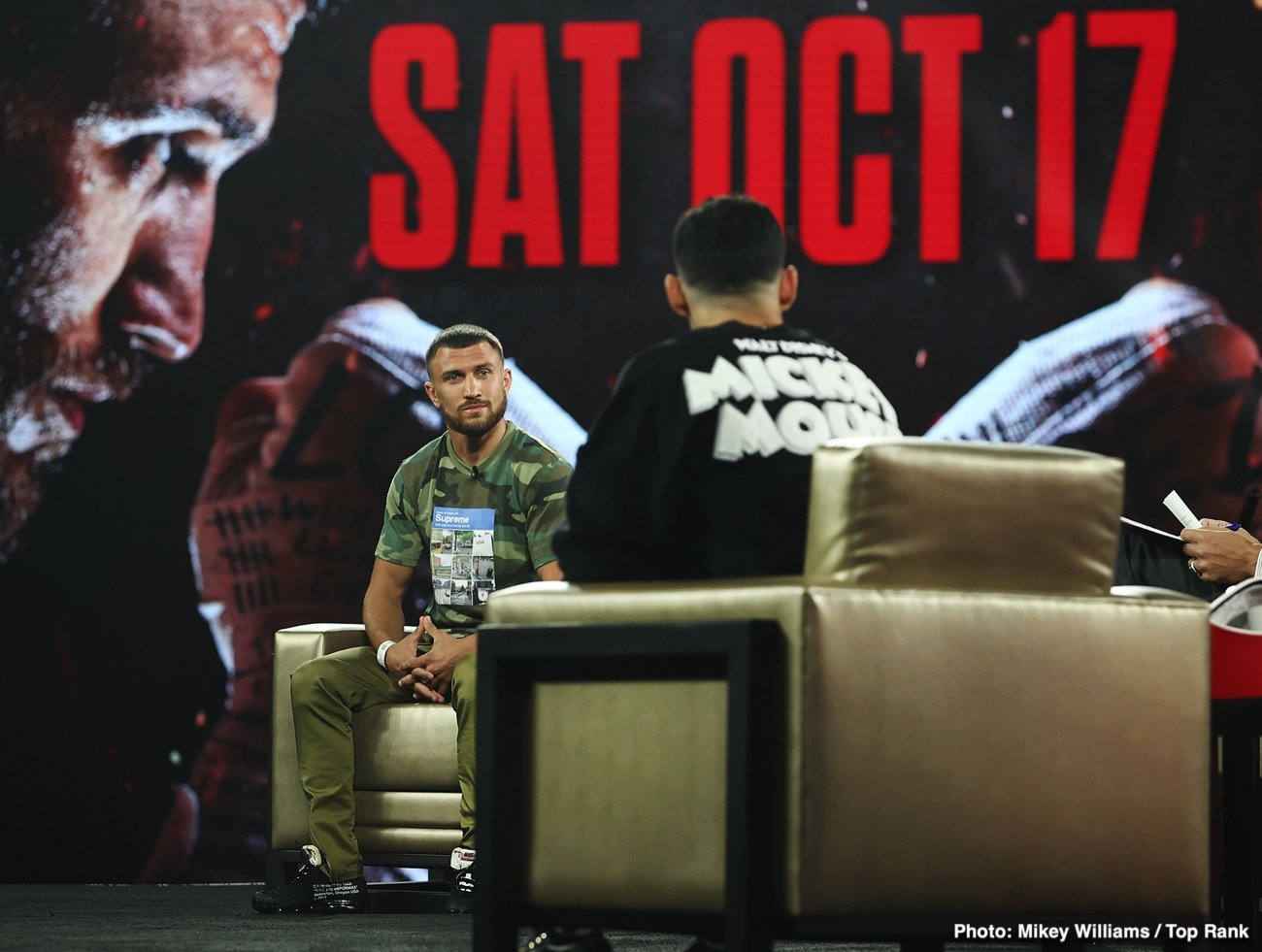 Just as nobody can wait any longer to see the action unfold in Las Vegas this Saturday night as rival 135 pounders Vasyl Lomachenko and Teofimo Lopez clash in the fight of the year, everybody has a view on what will happen during the fight. Who wins? In the traditional poll the folks at RingTV.com upload ahead of a big fight, almost every expert made it clear they feel Lomachenko will get the win; almost all of these experts predicting a points win for Loma.

Lopez does have his supporters, yet this particular poll is not close – with 18 of the 20 people asked going for a Lomachenko win. The two who pick Lopez are Steve Farhood (Lopez points) and former three-weight champ Duke McKenzie (who was brave enough to predict a Lopez TKO win, Duke seeing the stoppage coming late).

This writer asked five experts for their take on the fight and the following people were kind enough to take some time to give me their predictions:

“Loma will win the fight, if he doesn’t get old all of a sudden.”

“I like Lomachenko. I don’t think there will be a KO in the fight though.”

“They are both very good fighters. It is a tough one to call. I’m hoping for a very good fight – one in which both fighters can turn the fight completely over by scoring a KO. They can both hit. A lot will depend on how good they’ve trained, properly, without either over or under-training. It could depend on who wants it more and who has a stronger mental attitude. It is a tough call but I’m going with the underdog, Lopez.”

Sean Gibbons, former manager of Orlando Salido – the only man to have beaten Lomachenko as a pro:

“Vasyl Lomachenko W12. You cannot outbox Vasyl Lomachenko – Lopez is too slow on his feet to be able to do that! Orlando [Salido] was a three-time world champion with so much experience. Lopez is a 23 year old kid.”