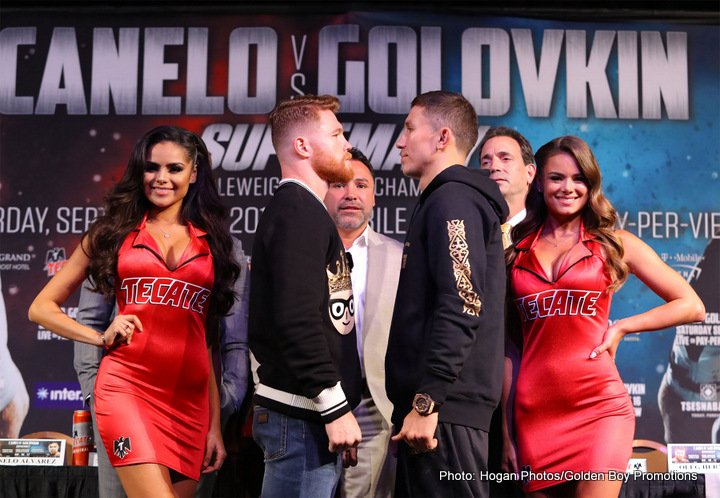 For the more than twenty-two million so-called “cord-cutting” adults in the United States, they have a viable option to watch one of the biggest and most anticipated boxing fights-of-the-year this Saturday between IBO/WBA/WBC/IBF middleweight belt holder Gennady “GGG” Golovkin (37-0, 33 KOs) and two-division and current lineal and Ring Magazine champion Saul “Canelo” Alvarez (49-1-1, 34 KOs) via Fite TV, which is powered by Flipps Media, Inc., a digital entertainment company, in association with Ring TV.

“There are millions of cord-cutters who do not own a cable or satellite television, so we wanted to find a way to serve them, thus we created Fite TV which allows individuals to watch boxing fights without owning a television,” said Michael Weber, the COO of Flipps Media, Inc. “Approximately twenty per cent of our consumer base is cord-cutters and this number will continue to grow in the future, not only in America, but around the world.”

Fight fans can stream the GGG vs. Canelo pay-per-view event live from the sold-out T-Mobile Arena in Las Vegas, Nevada at 6:00 p.m. ET from any iOS or Android mobile phone or tablet via the Fite TV app or online at www.FITE.TV in the United States, Mexico, Canada, and around the world. The four non pay-per-view preliminary fights (which cannot be seen live on HBO), as well as the GGG-Canelo official weigh-in on Friday afternoon can seen for free.

The three pay-per-view undercard bouts, which starts at 8:00 p.m. ET (an hour earlier than usual), and the main event can be purchased for $69.99 or $79.99 for high-definition. The broadcast will be made available in both English and Spanish and each broadcasting team will have their own commentators.

“The advantage of using Fite TV is that you can watch the fight without owning a television and more importantly, there is no setup required. You do not have to deal with pairing devices, cables, or boxes,” said Weber. “All you need is a mobile phone or tablet and access to a Wi-Fi network. If you want to directly live stream the fight to your television, you can because Flipps’ patented tap-stream technology immediately works with over three hundred and fifty million connected televisions and it is compatible with over seven thousand manufacturer models, as well as game consoles, and other streaming devices.”

Fite TV is expecting twice their normal audience for this fight and they could potentially have their most watched online pay-per-view event ever because of the excitement that has been generated around this fight. It is extremely rare in boxing for two elite fighters who are more or less, evenly matched, willing to fight one another. Golovkin and Canelo both boast impressive records with only one loss between them in over eighty-eight bouts, they have combined to knockout seventy-six per cent of their opponents, and they both have extremely strong fan bases. Canelo is one of the biggest attractions in boxing, who consistently sells out arenas, while GGG is not too far behind, as his following has rapidly grown after each explosive knockout victory. This fight also coincides with Mexican Independence Day, which will attract additional Mexican and Mexican-American fight fans to watch this bout to support their fellow countrymen, Canelo.

“Fite TV is the perfect platform that caters to the rapidly changing, younger, and more technologically advanced viewers,” said Weber. “We allow fight fans, especially the cord-cutters, a premium viewing experience to watch this fight on any media device they want and give them an opportunity to watch world-class boxing fights in any part of the world, that they might not otherwise be able to see.”

Fite TV which launched in February, 2016 has helped boxing gain more mainstream media attention that it desperately needs by reaching a much larger fan base than the traditional networks that televise boxing fights. They have streamed numerous live fights and pay-per-view bouts over the last year and half, as well as weekly on-demand programming, daily shows exclusives, interviews, and community videos. Fite TV works closely with several boxing promoters such as Golden Boy Promotions, Sauerland Boxing, CES Boxing, and more.

For more information and the latest updates on the GGG vs. Canelo bout and all the fight week activities leading up to this main event, as well as their upcoming boxing fights that they will stream, you can visit them at www.flipps.com, www.fite.tv, friend them on Facebook (Fite), add them on Twitter @Fitetv, and/or join them on Instagram (fitetv).