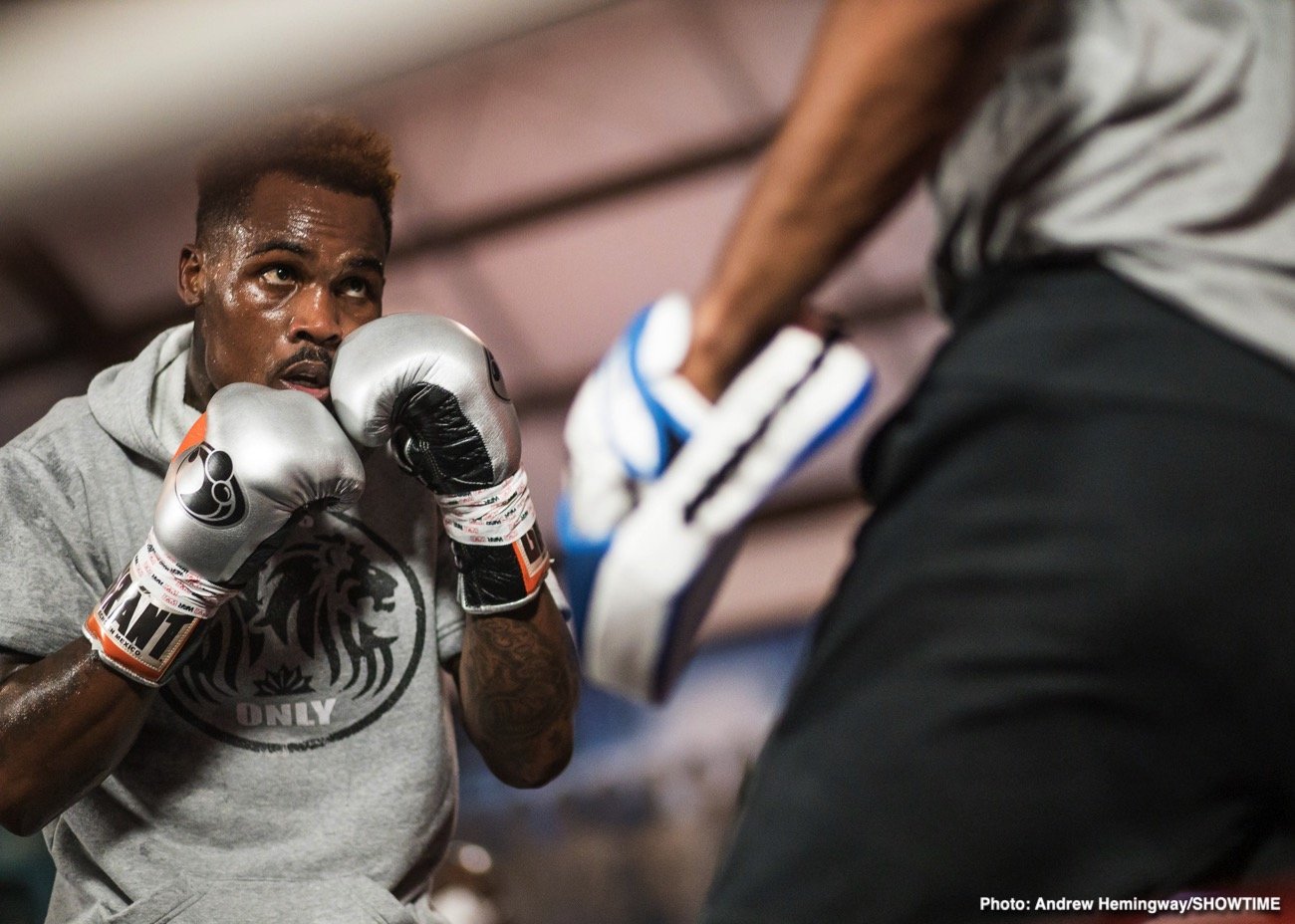 IBF/WBA/WBC junior middleweight champion Jermell Charlo went into a long shpiel on Saturday in letting the media know that he got it wrong when he said ‘race don’t matter’ when he was interviewed about the results of the second Deontay Wilder vs. Tyson Fury fight in February of last year.

What Charlo meant to say is that race didn’t matter in former WBC heavyweight champion Wilder’s seventh round knockout loss to Fury (30-0-1, 21 KOs).

Wilder (42-1-1, 41 KOs) didn’t lose because of racism. He lost because he didn’t fix the flaws in his game, and Fury took advantage of them.

Jermell wants Wilder to own his mistakes

“First and foremost, admit the mistakes that he done in that fight,” said Jermell Charlo to Fighhype on what Wilder needs to do for him to come out victorious against Fury on July 24th.

“I like Fury as a boxer. I’m not here being biased about anything. I made a mistake the other day; I said race don’t matter.

I’m sure Wilder knows he didn’t fight the right fight against Fury. But at the same time, Wilder has questions about Fury’s gloves. To this day, Wilder doesn’t know what went down with the gloves.

Jermell didn’t say anything about Fury’s punching Wilder to the back of his head during the fight. That seemed pretty blatant if you ask me.

“I have people ready to go to prison for life for him. So I’m not interested in someone saying they’re going to slap me.

“This is my life and your life you’re dealing with. If you’re right, let’s see if you’re really about that s***.

“This is boxing, and in that fight [Fury vs. Wilder II], I didn’t see a significant way that he cheated.

“A lot of people say his [Fury] gloves and all of this. Commissions check gloves right before a fight. During a fight, they don’t leave.

“I don’t see any position where it could have happened where Fury could have done some cheating s***.

“It’s about us in Texas. I don’t care about none of that s***. But I’m not here to turn against my black people.

‘We’ve been doubted our whole life, we have never gotten the opportunities that we deserve, and because of that, I stand strong for my black pride,” said Jermell.

We’ll probably never know for sure if Fury cheated or not. What you can say is he landing rabbit punches against Wilder, and you can call that cheating if it was intentionally done.

“I want the media people to put this out,” said Jermell. “This is me correcting that bull s*** that I said when I said, ‘Race don’t matter,’ when I should have said ‘race didn’t matter during that fight [Fury vs. Wilder 2]’.

“I want the world to know that I’m not afraid to speak on racism. I know it’s not fair.

“We’re all going to heaven, or we’re all trying to get to heaven. So we have to try our best to do everything we can to get to get to the gate, even if you’re white or black or not.

“There’s a lot of religions that are made up, and there are a lot of things that we should accomplish before we die.

“Right now, I believe during that situation trying to belittle me, they’re wrong. I’m here for my people, but I’m also here for anybody,” said Jermell.

It’s good that Jermell has decided to speak on his previous ‘race doesn’t matter’ comment because there were a lot of people upset.