Inoue knocked the overmatched #1 IBF Dasmarinas down twice with scorching body shots in rounds two and three. The fight was halted in the third after ‘Monster’ Inoue put Dasmarinas down hard.

Donaire says Inoue could tee off with full power against the 31-year-old Dasmarinas because he didn’t have to worry about getting hit back with anything hard like he would if they were fighting.

The plan that WBC bantamweight champion Donaire (41-6, 27 KOs) has is for him to defeat WBO 118-lb champion John Riel Casimero on August 14th in their unification fight on Showtime, and then take those two titles to battle Inoue for the undisputed championship later this year.

“I felt those shots before, and I know how much they hurt,” Nonito Donaire said to Fighthype in reacting to Naoya Inoue’s third round body shot knockout of challenger Michael Dasmarinas last Saturday night. 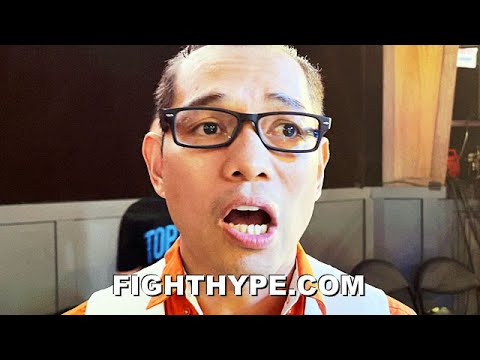 “Inoue, I know he has that power, and that’s why if you’re brave enough to take away that power, you’ll find it’s like being in the eye of a storm. You got to go in there.

“You got to understand that in the eye of the storm is the perfect home,” Donaire continued about what it’s like fighting Inoue.

“You got to find that distance and timing. If he has the ability to take advantage, power is going to be key, as you can see in today’s fight,” Donaire said.

Donaire knows what it’s like to be hurt by a body shot from ‘Monster’ Inoue, having been dropped in the eleventh round from a vicious liver shot in their fight in November 2019.

Showing a lot of toughness, Donaire made it back to his feet at the count of nine and was able to make it through the remainder of the round just barely.

Donaire will need to dissuade Inoue from throwing his body shots if the two meet in the fall for a rematch. Nonito can’t let Inoue tee off on him with hard punches the way Dasmarinas did.

Naoya had nothing to fear from Dasmarinas

“I think he was a lot stronger today, but I think because he couldn’t use that towards me,” said Donaire when asked if Inoue has gotten better since he fought him in November 2019.

“But he showed a lot of power and how much power that he has when he has an advantage,” Donaire said about Inoue facing a non-puncher in Dasmarinas. ”