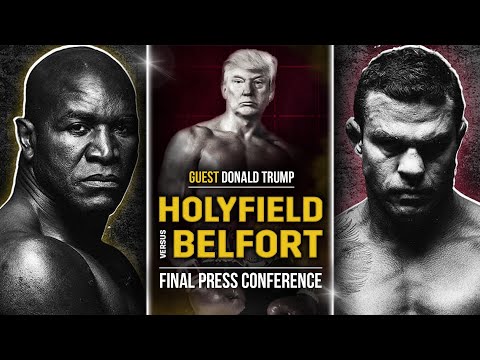 In addition to welcoming the fighters appearing on LEGENDS II via satellite, President Trump will also answer questions from the media about his upcoming appearance as a commentator on the Pay-Per-View broadcast this Saturday, September 11 from the Hard Rock LIVE at the Seminole Hard Rock Hotel and Casino. Also, appearing in person at the final press conference will be the President’s son, Donald Trump, Jr.

Evander Holyfield:“When Oscar De La Hoya came down with Covid they asked me to fight Vitor Belfort. Training is what I do, like I tell the young people if you do things right, it will work out for you, that works for older folks too.”

“Boxing is a game and I know how to prepare for it against Vitor Belfort. I’m sure if I was getting in his game, I’d be in trouble but he’s getting into my game so he’s in trouble.”

“I’ve been training for over two years because there were fights mentioned against other fighters. I realize now as I prepare to face Belfort I’m in good shape and I don’t get out of shape.”

“It’s not so much that I miss it but people always ask about Mike Tyson and I fighting. They’ve offered so much money that I would definitely take a chance against someone I’ve already beat.” 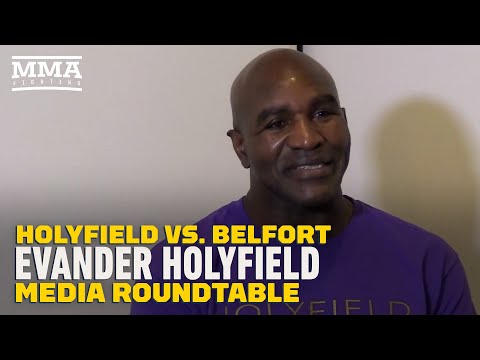 “I think I look alright but this is after two years of solid training.”

“Atlantic City became really big in boxing with Donald Trump, he did a great job promoting my fights.”

“When I was young I didn’t have any bad habits and so I’m older now and feel good. I learned my whole life you’ll never be successful in life if you don’t take chances, that’s throughout my whole career.”

“I don’t see the change in opponent as a problem, I see it as an opportunity. And this is a huge opportunity for me to face a legend like Evander Holyfield.

“In boxing there’s too many big fights that aren’t happening. Oscar and Evander truly built the sport of boxing during their careers. Evander’s a hall of famer and I’m very excited to be fighting him.”

“The king of the jungle is the lion, not the elephant, I’m smaller than Evander but I’m the lion. Speed and power are more important than size.”

“It’s about hit and don’t get hit, I know how strong Evander is. It’s about fighting a smart fight on Saturday night.”

“I love having President Trump commentate on my fight. Triller is truly bringing something new to the sport of boxing. He’s a real fight fan, always has been.”

“America is a great country of opportunity and that’s been the story of my entire career.”

“I want to congratulate Ryan Kavanaugh and Triller on giving fans an event they cannot miss.” 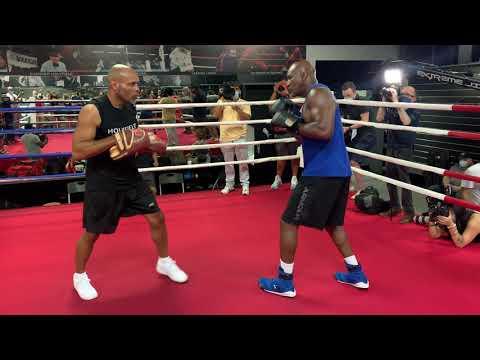 Below is an official statement from PATRICK CUNNINGHAM, Executive Director of the Florida State Boxing Commission.

“The Florida Athletic Commission has approved the EVANDER HOLYFIELD vs. VITOR BELFORT bout as a fully regulated professional boxing match. It will be conducted under the Unified Rules of Boxing and scored by three judges on the 10-point must system.

All boxers on this card have successfully met all requirements to be licensed by the Florida Athletic Commission.” 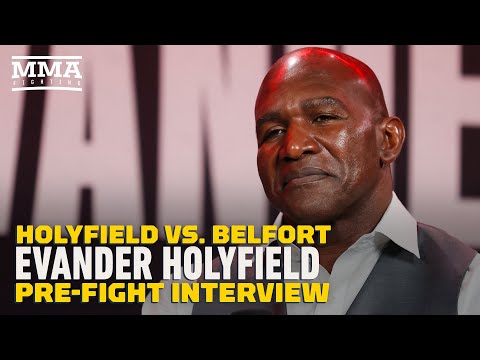