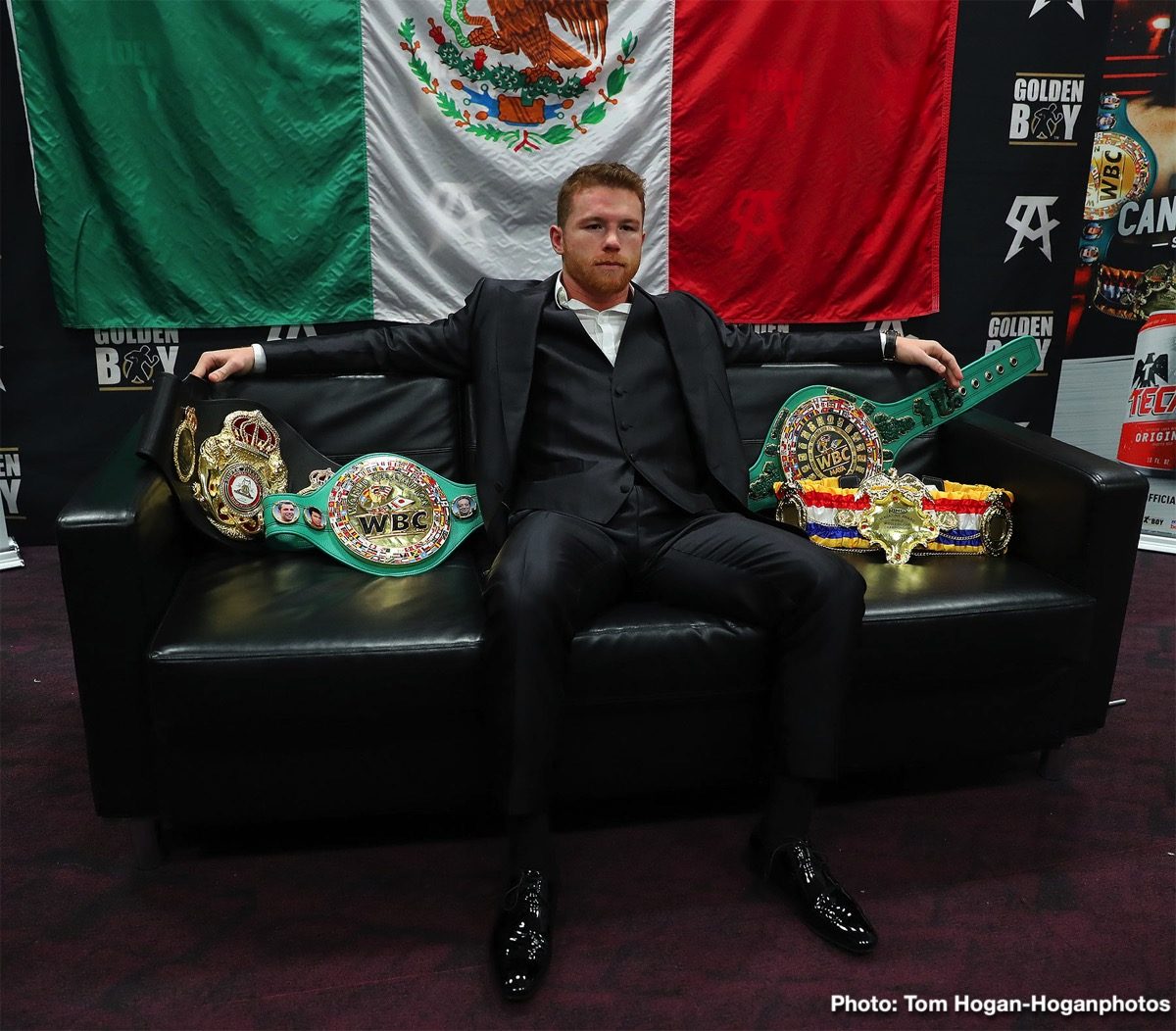 Golden Boy is proud to share the exciting news that Canelo Alvarez, boxing’s biggest star and the veritable king of the middleweight division, has won the prestigious 2019 ESPY award for Best Boxer.

Canelo appreciative for being given award

This award is yet another achievement in what is becoming a historic career for the 28-year-old star from Guadalajara, Jalisco, Mexico. Aside from capturing world titles in the super welterweight, middleweight and super middleweight divisions, Canelo is also recognized for having signed the most lucrative sports contract for an athlete in history by initiating a five-year partnership with DAZN, the global leader in sports streaming.

Oscar De La Hoya, who himself earned ESPY awards for Best Boxer in 1999 and 2006, was delighted at the news and congratulated Canelo for his achievement.

“People all around the world are acknowledging what we have been saying for years: Canelo Alvarez is the best boxer in the world,” said Oscar De La Hoya, Chairman and CEO of Golden Boy. “Aside from being the king of the middleweight division, Canelo is also the biggest star in boxing. He embodies a perfect mix of strength, skill, courage and marketability that has made him into a breakout star. On behalf of everyone at Golden Boy, we thank the ESPY Awards. Congratulations, champ!”

Los Angeles-based Golden Boy was established in 2002 by Oscar De La Hoya, the first Hispanic to own a national boxing promotional company. Golden Boy is a media and entertainment brand committed to making fighting entertainment more accessible and affordable. The company’s in-house production team develops creative original programming for ESPN, RingTV.com and international channels across the globe. The company holds the exclusive rights to top boxers and has promoted some of the biggest and highest grossing events in the history of the sport. Now, Golden Boy is one of the most successful boxing entertainment companies in the world and shapes the future of boxing for fighters and fans alike through its 2019 partnership with streaming platform, DAZN.