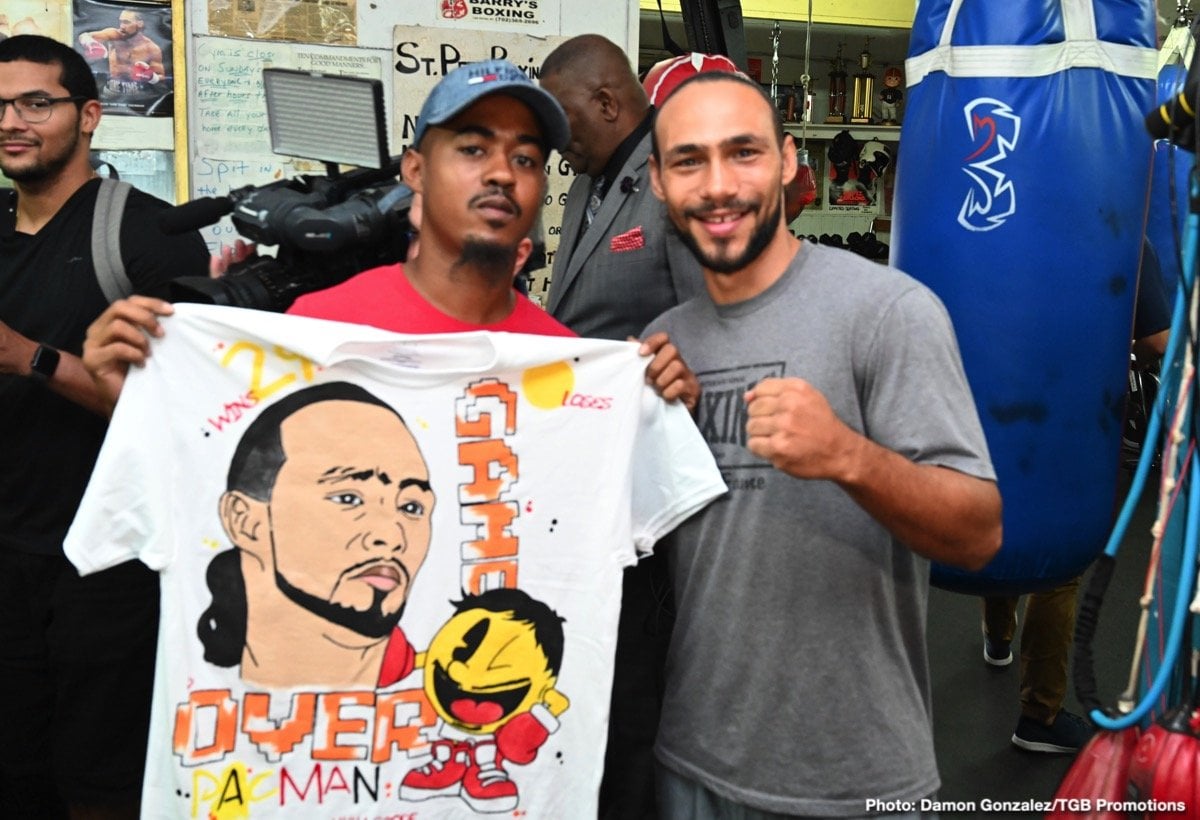 The FOX pay-per-view begins at 9 p.m. ET/6 p.m. PT and is highlighted by this high-stakes match that will firmly give the winner a claim for the top spot in one of boxing’s deepest and most talented divisions.

Tickets for the event, which is promoted by MP Promotions, Mayweather Promotions and TGB Promotions, are on sale now and can be purchased online through AXS.com, charge by phone at 866-740-7711 or in person at any MGM Resorts International box office.

Here is what Thurman had to say Wednesday, along with his trainer Dan Birmingham, plus Mayweather Promotions CEO Leonard Ellerbe, from the St. Petersburg Boxing Club:

“This is history in the making. This is one of the best fights all year. This is the biggest fight of my career. You see a lot of fight posters in this gym, I remember when Winky Wright, fought ‘Sugar’ Shane Mosley. I remember when he fought ‘Tito’ Trinidad. For me, this is my Mosley. This is my ‘Tito’ Trinidad moment. I get to show the world that Keith ‘One Time’ Thurman is not just a great champion he can beat legends.

“I’ve always told everybody since the day that I was first on TV. I called out the world champions then. They didn’t know who Keith Thurman was, but I was trying to let the world know that Keith Thurman belongs at the top and now the world is finally understanding why.

“I’ve had one heck of a journey. In reflection, I’m proud of all of my success. I hope to accomplish more in my career and it all starts with this fight on Saturday night.

“I bet none of Pacquiao’s sparring partners were going at his body. Keith ‘One Time’ Thurman is going to touch the body. I want to know how he reacts.

“It’s really good for me to have this momentum back. This is the first time in four years that I have fought twice in one year and it’s not just twice in one year, it’s twice in almost six months. I’ve taken the momentum of getting the dust brushed off of us in January against Josesito Lopez. We hired two conditioning coaches in preparation for this fight, so that I can give the fight fans, along with myself, a tremendous performance next Saturday.

“My prediction? Less than six rounds. I would love to be 30-0 with 23 knockouts. We’ve got 22 and we’ve held those 22 knockouts for a little too long. It’s time to get one more knockout.

Thurman: I can’t be the underdog

“There’s always a question of will I get injured again. As a puncher you can always find ways to hurt your hands. Hands were not made to punch each other in the skull. We’re craftsmen. We’re tile workers, wood workers, mechanical workers. These hands were designed for something a little different, but luckily with different forms of therapy, we feel confident for this fight and pray that we stay healthy in the future so that we can keep giving the world tremendous fights.

“The time is now. I can’t be the underdog because I am the undefeated champion of the world. He’s the legend, but I have 10 years of youth on my side. However, we’ve seen world champions and legends do tremendous things at later dates. For example, Bernard Hopkins won the world title at 45 years old. Is Manny Pacquiao that kind of world champion? Keith Thurman will be the first one to find out.”

Keith has a new focus and increased intensity for this one. He’s anxious to fight and anxious to train. His power, ferociousness and tenacity will be a problem for Manny. We’ve only increased that in this camp.

“We’ve mixed up sparring with some guys who are like Manny in some ways, but are also tough, strong fighters who can take a punch. You’ve got to be tough to box with Keith.”

“Keith is a tremendous fighter. He’s undefeated and a world champion. Now, he’s taking on a legend like Manny Pacquiao. It gets no bigger than that.

“We have Keith Thurman, undefeated world champion. He has the best resume out of all of the welterweights out there in the entire sport. Victories over Danny Garcia, Shawn Porter and now he’s taking on a legend in Manny Pacquiao, who has taken on everyone, including Floyd Mayweather. When it comes to name recognition with the general public, it gets no bigger than Manny Pacquiao vs. Keith Thurman.

“I think the fight does end in a knockout. We are going to see who knocks out who. Both men are highly motivated to accomplish that.”

ABOUT PACQUIAO VS. THURMAN 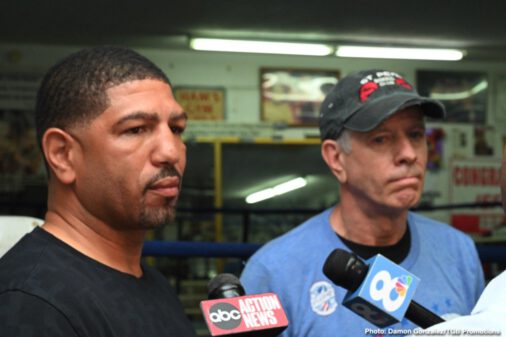 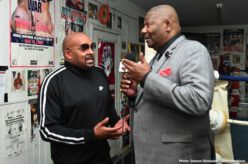 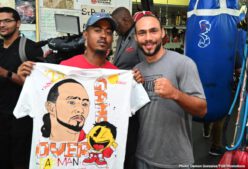 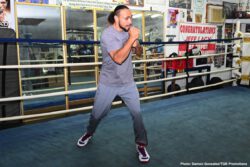 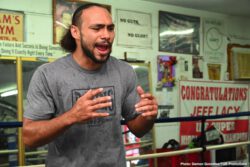 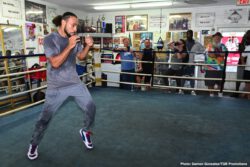 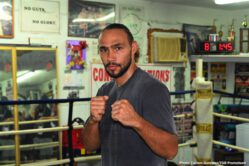 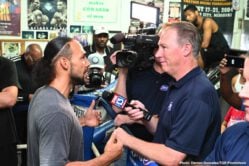 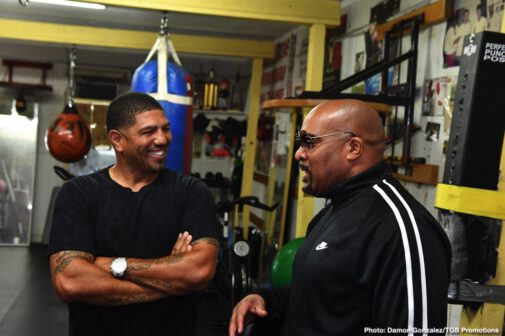 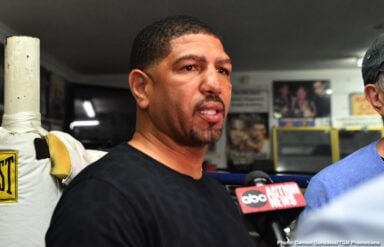 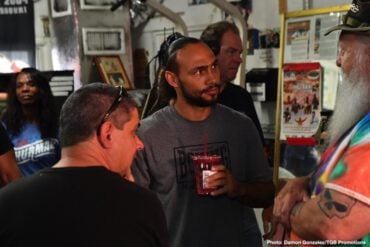 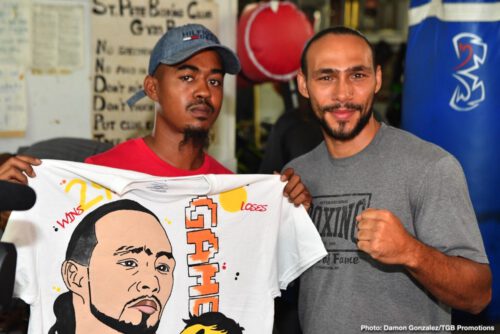 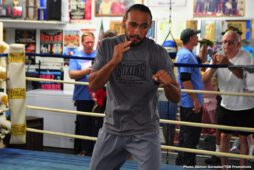 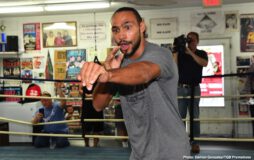 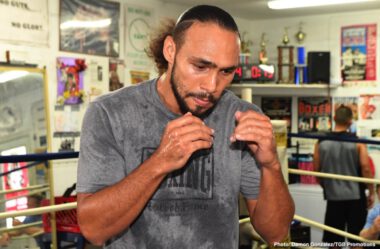 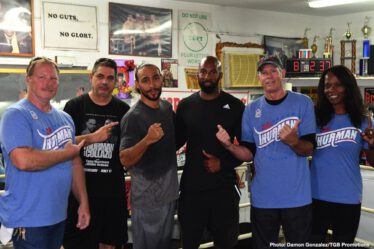