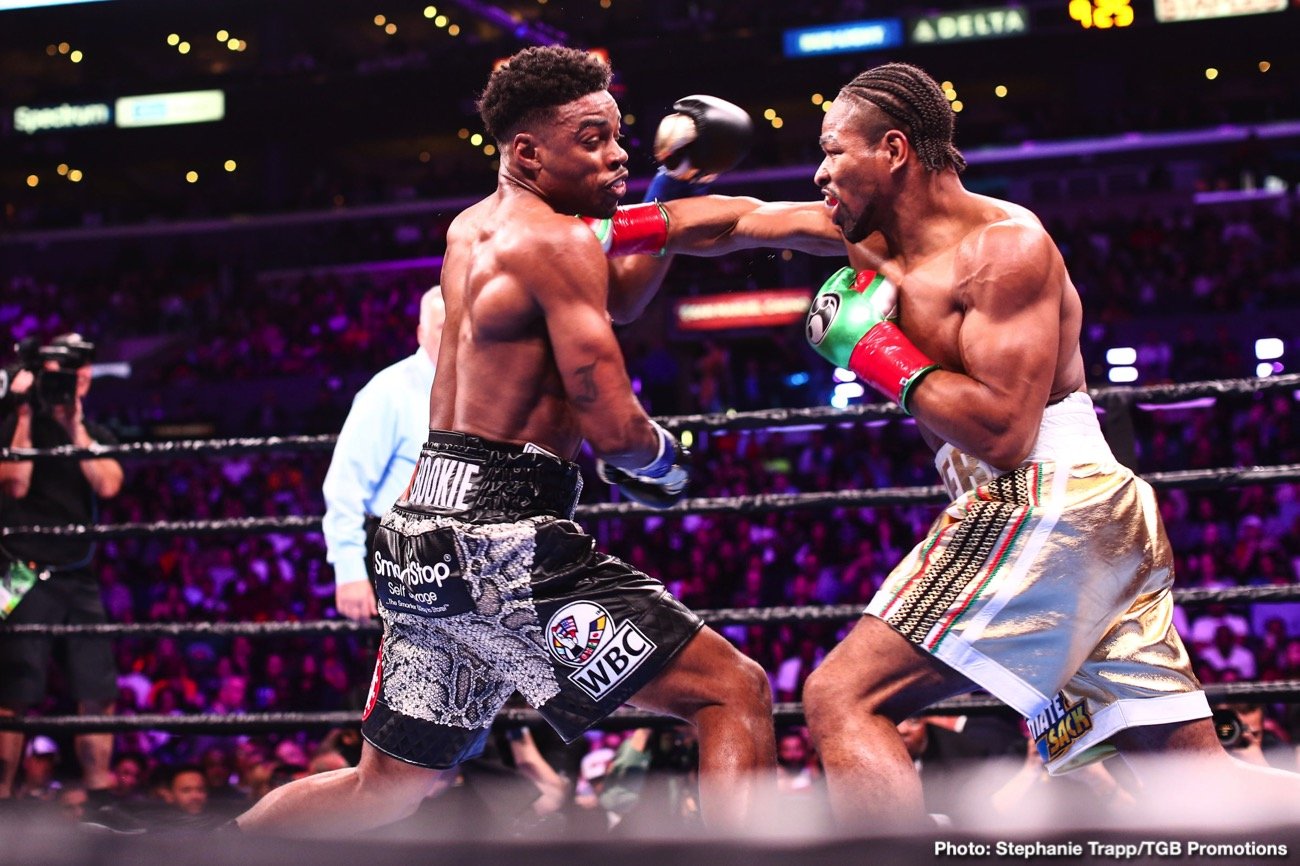 In light of how darn good or great, depending on your opinion, this past Saturday night’s welterweight barnstormer between Errol Spence and Shawn Porter was, we fans are hoping to see it again; a rematch – heck, there could even be a trilogy to be made here.

It was thrilling stuff seeing the classy and also tough southpaw Spence get put through the mill by the almost unimaginably tough but also classier than many perhaps think Porter. Why wouldn’t we want to see it again? The split decision has also divided more than a few fans, so that’s a second reason to want to see Spence and Porter go at it a second time.

It looks like Spence, the WBC/IBF champ, will likely fight Danny Garcia next, possibly in January, and nobody has a serious problem with this, an undeniably solid match-up; a fight that would/will likely further test Spence. Yet what would you prefer to see – Soence against Garcia, or Spence-Porter II? Who knows, we might just wind up getting both fights.

For if Spence cannot get (or, in the opinion of some, if Spence don’t want) a unification showdown with Terence Crawford, who else is there that can bring out the full, the true greatness in Spence? Some may say Manny Pacquiao, who has of course been nothing short of remarkable at age 40, beating both Adrien Broner and Keith Thurman. But the word is Manny is likely heading into a defence against Mikey Garcia (last seen getting beaten like a drum by Soence). And do we really want to see Pac Man get in there with a primed and peaking Spence? Nah.

It will probably be Danny Garcia next for Spence, and that’s fine – but after that, if it ain’t Crawford, then it should be Porter in a return bout. Not only can Porter push, push, push Spence and force him to show his best stuff, but Porter has shown, like no other fighter, that he is capable of beating Spence.

Another slice of the terrific action Spence and Porter gave us on Saturday not appealing to you? Get outta here.

Even the third man in the ring, the superb Jack Reiss, thoroughly enjoyed and was challenged by the heat Spence and Porter brought in Los Angeles. As Jack kindly shared with ESB here:

“It was a great fight to be a part of. They both came in in great shape with the determination to get the win,” the third man said yesterday. “I will let the fans and the experts decide where it ranks (amongst the greatest fights ever). For me, it was exciting, fantastic and challenging all at the same time.”

When asked if there will be a rematch, Reiss replied:

“I’m not sure Spence will give him one. What do you think?”

Well, what do YOU guys think: will Spence agree to face Porter a second time? Should he? And if he does, who wins the sequel?