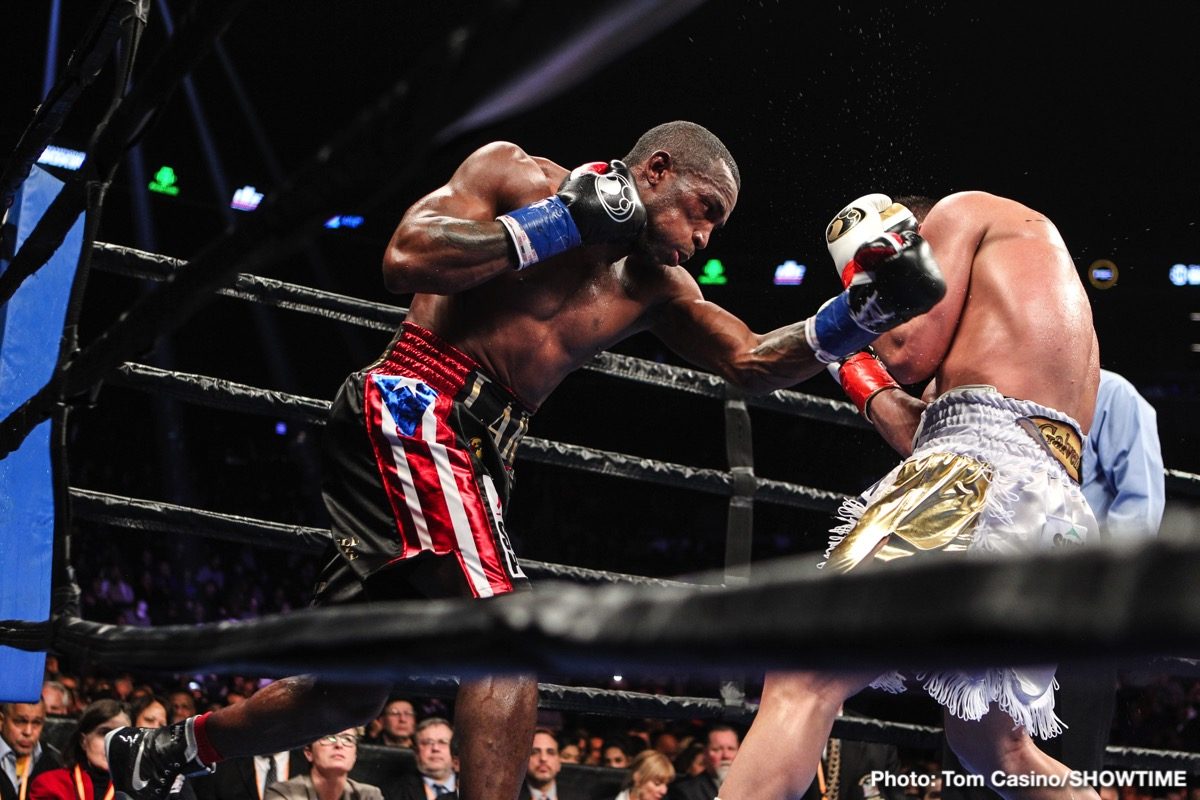 Former world champion Erislandy “The American Dream” Lara looks to get one step closer to returning to the world championship ranks when he battles Ramon Alvarez in a 12-round bout for the Interim WBA Super Welterweight title in the primetime main event of FOX PBC Fight Night on FOX and FOX Deportes Saturday, August 31 from The Armory in Minneapolis.

In the co-feature, former world champions Peter “Kid Chocolate” Quillin and Minneapolis-native Caleb “Golden” Truax will settle their unfinished business in a rematch as they again meet in an IBF Super Middleweight Title eliminator. In the TV opener, a pair of sensational young super welterweights collide as Sebastian “The Towering Inferno” Fundora takes on Jamontay “The Quiet Assassin” Clark in an eight or 10-round attraction.

Tickets for the live event, which is promoted by TGB Promotions and Warriors Boxing, go on sale Saturday, July 13 and can be purchased at the Armory at http://ArmoryMN.com/ and through Ticketmaster.

“This is a fantastic lineup of high-stakes matchups coming to FOX and FOX Deportes on August 31 and one that should deliver once again for the fans at The Armory in Minneapolis,” said Leon Margules, President of Warriors Boxing. “Each show has gotten bigger at bigger at The Armory, and this will be the biggest event yet. Erislandy Lara is a household name in the sport and he will look to make a statement against Ramon Alvarez that he’s still amongst the best at 154-pounds. With the rematch between Peter Quillin and Minnesota’s-own Caleb Truax set for the co-main event, there will be an electric atmosphere once again to spur these fighters to give their best performances.”

Lara (25-3-3, 14 KOs) was the longest reigning 154-pound world champion before he lost a tough split-decision to Jarrett Hurd in a title unification match in 2018 that was the unanimous “Fight of the Year”. Lara returned to the ring in March as he battled Brian Castano to an exciting draw in another narrow fight that could have gone Lara’s way. This showdown against Alvarez can put Lara back in position reclaim the top spot in the position that he once owned.

The slick southpaw who was born in Guantanamo, Cuba and now lives in Houston has faced off against some of the most accomplished boxers at 154-pounds, including champions Saul Alvarez and Austin Trout. Lara reigned for four years after becoming the full world champion in 2014 and leading up to the fight against Hurd.

Lara says fight against Alvarez is “personal for me”

“I’m very excited to be headlining another great PBC event, this time on FOX and FOX Deportes,” said Lara. “This fight against Ramon Alvarez is personal for me, as I have history with the Alvarez family. Expect another great fight and a spectacular performance. I can’t wait to perform at this tremendous venue in Minneapolis. Don’t miss this fight, because I’m going for the knockout.”

The 32-year-old Alvarez (28-7-3, 16 KOs) is the older brother of middleweight champion Saul “Canelo” Alvarez and will be fighting for just the second time in the U.S. In his first fight in the U.S. last November, the fighter from Guadalajara, Mexico lost to former world champion Brandon Rios. He bounced back from that loss with a decision victory over Jose Carlos Paz in his last fight on April 6.

Ramon Alvarez: I’ll be the next Alvarez to beat Lara

“I am very excited for this opportunity to fight for a chance at the world title,” said Alvarez. “I’ve worked hard my whole career for a fight like this and I’m going to take advantage. My brother beat Lara a few years back and I’m going to be the next Alvarez to beat Lara.”

Quillin (34-1-1, 23 KOs) thought he was on his way to a victory when he met Truax in their first fight on April 13 in an FS1 PBC Fight Night main event. He had taken the first two rounds on all three judges’ scorecards before the action was halted when a deep cut over Truax’s right eye, caused by an accidental head butt, brought an end to the fight and resulted in a no-decision.

The 36-year-old Quillin, who was born in Chicago and now lives in Brooklyn, heads back to Truax’s hometown looking to secure his world title shot at super middleweight. Quillin is a former world champion at 160-pounds, having won a middleweight title against Hassan N’Dam in 2012 before defending it successfully three times.

“I’m going to finish what I started this time,” said Quillin. “I’m treating this like any other fight and working hard to put on my best performance August 31. I was in control of the first fight and ready to go for it. I’ll be ready again for a dominant statement when we get back in the ring.”

The 35-year-old Truax (30-4-2, 19 KOs) said post fight that he had planned to wear Quillin down in the later rounds of their April clash that was cut short. He will have the opportunity to implement his plan and earn a shot at becoming a two-time world champion in front of his hometown crowd on August 31.

Truax went to England and upset James DeGale for the IBF title by majority decision in one of 2017’s biggest upsets. He lost the title in a close unanimous decision in the rematch in 2018. A former college football standout from St. Michael, Minnesota, Truax turned pro in 2007 and has faced some of the best boxers at middleweight and super middleweight in his career, including Quillin, DeGale, Daniel Jacobs and Anthony Dirrell.

Truax says he had unfinished business with Quillin

“I’m ecstatic to have the opportunity to run it back against Peter Quillin at home again at The Armory,” said Truax. “The ending of the first fight was a huge buzzkill to what had shaped up to be a great night. We obviously have unfinished business and I am again confident I will get the job done.”

The 6-foot-6 Fundora (13-0, 9 KOs) has begun to display tremendous power and has stopped his last five opponents inside of the distance. The 21-year-old southpaw from Coachella, California typically has a height and reach advantage over most of his opponents and makes the most of it. His last two fights have seen him knockout previously unbeaten fighters in Hector Manuel Zepeda in June and Donnie Marshall in February on FOX.

“I’m very focused right now on training hard, taking it day-by-day and giving a great performance on August 31,” said Fundora. “I’m preparing for an experienced fighter and a good chess match. This is one of the tallest guys I’ve fought as a pro, plus he’s a southpaw. I’m ready for a challenge and following my team’s guidance to be at my best.”

The 24-year-old Clark (14-1, 7 KOs) suffered the only loss of his pro career when he dropped a unanimous decision to Jeison Rosario at The Armory in Minneapolis on August 24. The Cincinnati-native bounced back from that loss with a unanimous decision victory over then unbeaten Vernon Brown in his last fight on March 24. He returns to The Armory for the tallest order of his career against Fundora, with the winner set to shoot up the 154-pound rankings.

“I’m feeling really strong right now and ready to show the new Jamontay Clark on August 31,” said Clark. “I’m going to show everyone how the shorter fighter can out box a taller opponent. I know he’s got length and throws a lot of punches, but I’ll be ready for everything he brings. This is the start of a new beginning. I’m bringing the pressure and pain for this one.”