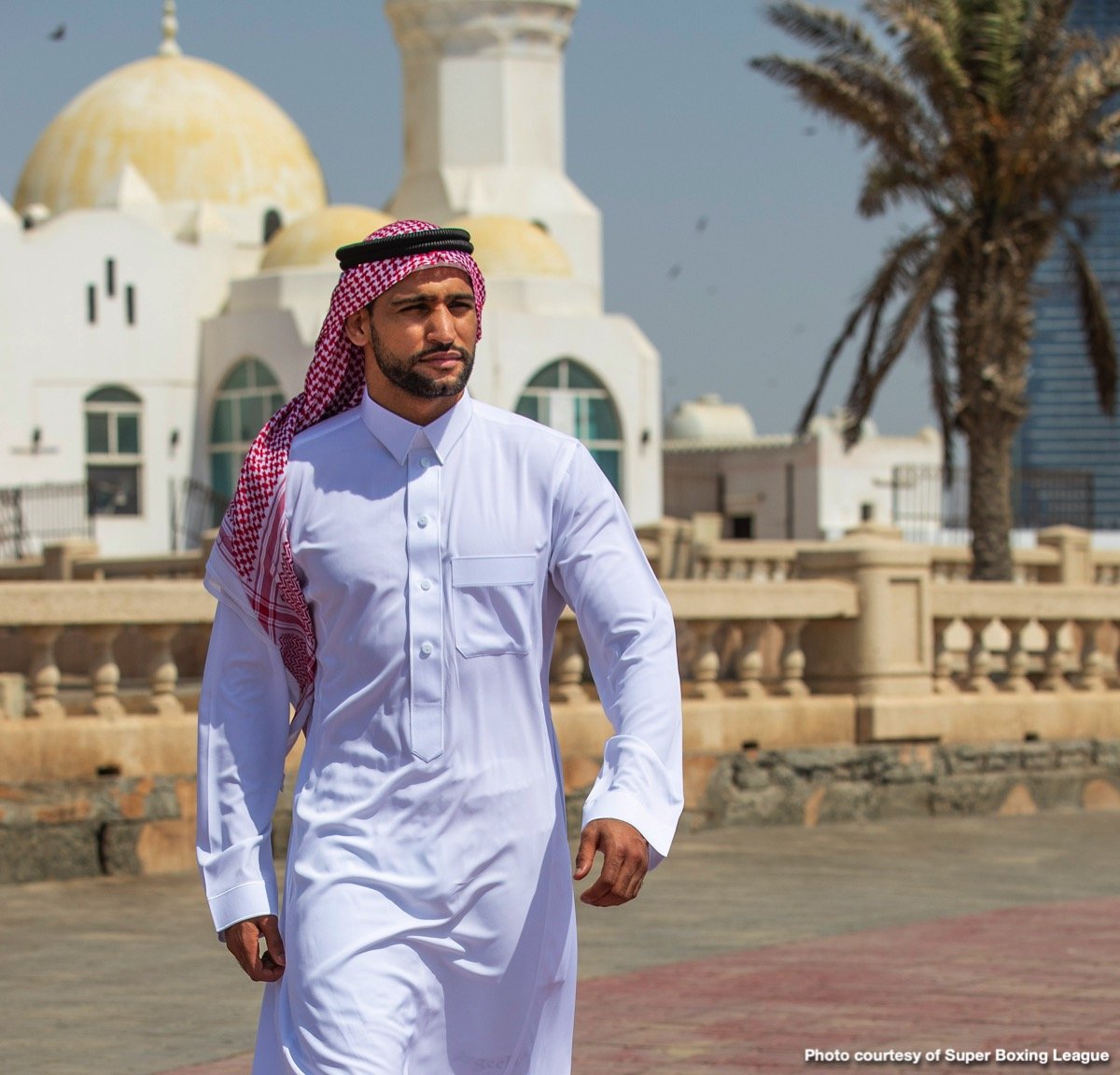 British-Pakistani Khan faces Australian Two-Time World Champion Billy Dib at the King Abdullah Sport City stadium in Jeddah with the WBC International Welterweight title on the line, exclusively live in the UK on Channel 5 starting at 8pm on 5Spike.

Ahead of the ‘Red Sea Fight Night’ extravaganza held during Jeddah Seasons, Khan wore the traditional Saudi male attire called the Thobe as he went for a walk by the Red Sea coast.

A victory over Dib may lead to a potential mega showdown with superstar Manny Pacquiao, who takes on rival Keith Thurman next week in Las Vegas, that could take place later this year back in Saudi Arabia.

The Bolton star has previously visited Saudi Arabia to do his Umrah, the Muslim pilgrimage to Mecca, but has always dreamed of one day fighting in the The Kingdom and popularising boxing as a sport to spectate and participate in. 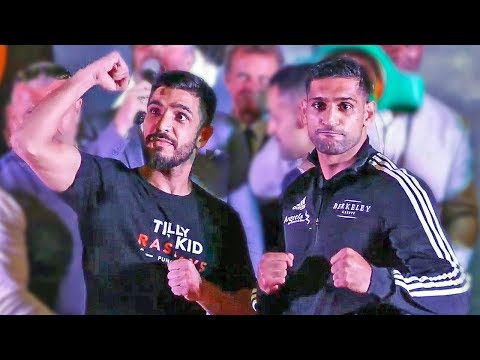 Khan said, “I’m here in Saudi Arabia to make a major statement. Fighting in Jeddah is as big and important as any of the big fights I’ve had in my career. This is about breaking new frontiers and new territory and I’m really excited about the potential and future here. Being the first Muslim boxer to headline a show here is great honour and tonight is a massive opportunity to showcase Saudi Arabia as a big boxing destination and I believe in a short time it will be become just as attractive as any of the big fight cities. It’s important to put on a great fight against Dib tonight and come away with the win and the title to line up another big fight out here.”

Khan and Dib headline the show when they collide for the Vacant WBC International Welterweight Championship, that also features the heavyweight showdown between Hughie Fury and Samuel Peter, the IBO World Bantamweight title clash between Prince Patel and Michell Banquez and the WBC Silver Featherweight Title fight between Dave Penalosa and Lerato Dlamini.

The boxers will weigh-in again for the ceremonial weigh-in and face off for the public at the Red Sea Mall this evening at 7.30pm AST.

‘This is a one-off fight at welterweight for me and Amir Khan is absolutely the right guy for me to fight,’ states the 33 year old who can count on a 15 year and 52-fight pro career for experience.

‘Put it this way, you’d have to offer me a ridiculous amount, well into eight figures, to step into a ring with Manny Pacquiao. Your health is everything. But Amir Khan certainly isn’t Manny Pacquiao.

‘Look, Amir definitely WAS a great champion, a proven warrior who’s made his mark on the game. He could be a future Hall of Famer. In time, I hope the boxing world will fully appreciate his skillset.

‘But in the past few years there’s been a major decline, a lot of chinks have emerged. He’s no longer the fighter who schooled the likes of Devon Alexander and Marcos Maidana. Today, he’s fighting for different reasons….money!’ 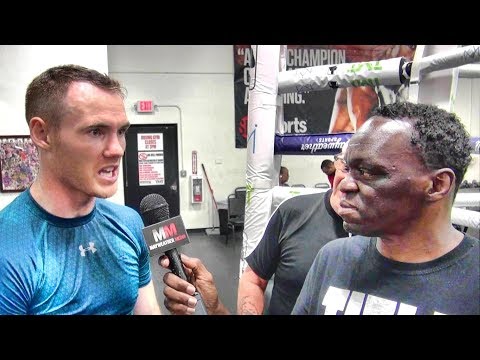 Like the Bolton wonder, ‘Billy the Kid’ commenced his career in the lighter categories -fighting eight world championship fights between 126-130lbs – and is effectively jumping up three weight categories to challenge Khan. No problem, he insists.

When I landed in Saudi at the end of June, I was already in great shape,’ claims Dib who enters after a spectacular first round knockout victory in late April and whose only loss in his last eight was an IBF World title tilt at Tevin Farmer last August.

‘For the first time in my boxing career, I’ve not needed to worry about my weight. I’ll be far stronger, more thickset and hopefully I’ll carry my speed up cos I’m quick, too. Everybody knows I’m a quality body puncher and I’ll be bringing even more strength and power. I’ll definitely test Khan. I really fancy my chances.’

A triple national amateur champion, bustling Billy represented Oz at the World Juniors and Seniors (Cuba 2002 and Thailand 2003 respectively) and has previously starred as a pro in Britain, the US (ten times), Macau, Japan and Thailand. However, this will be his debut in the region of his ancestry.

‘I’m super, super excited to finally fight in the Middle East. It’s always been a mystery to me why boxing has been so slow to take off in the area,’ he says.

And he’s galvanised to deliver a career best showing.

‘If I don’t bring my absolute A game, I’ll get exposed,’ he concedes.

‘Amir’s a super-fast starter and brings amazing hand speed but once my eye is gauged to that speed, I’ll sort out the game plan. Sometimes that speed works against Amir. The times he’s been kayoed, have been when he gets carried away and becomes reckless. I may not be a one punch ‘lights out’ fighter but I’ve certainly got the power to inflict damage.

‘I expect it to be a stylish fight rather than a war. Amir’s the naturally bigger man so I’ll need to box out of my skin, like I did in the amateurs. I win because I’m the more intelligent fighter. In past fights, I’ve proved I can be a mover, a boxer, a puncher. I can diversify.

Khan v Dib is exclusively live in the UK on free-to-air Channel 5 and the undercard on 5Spike on Friday 12th July.