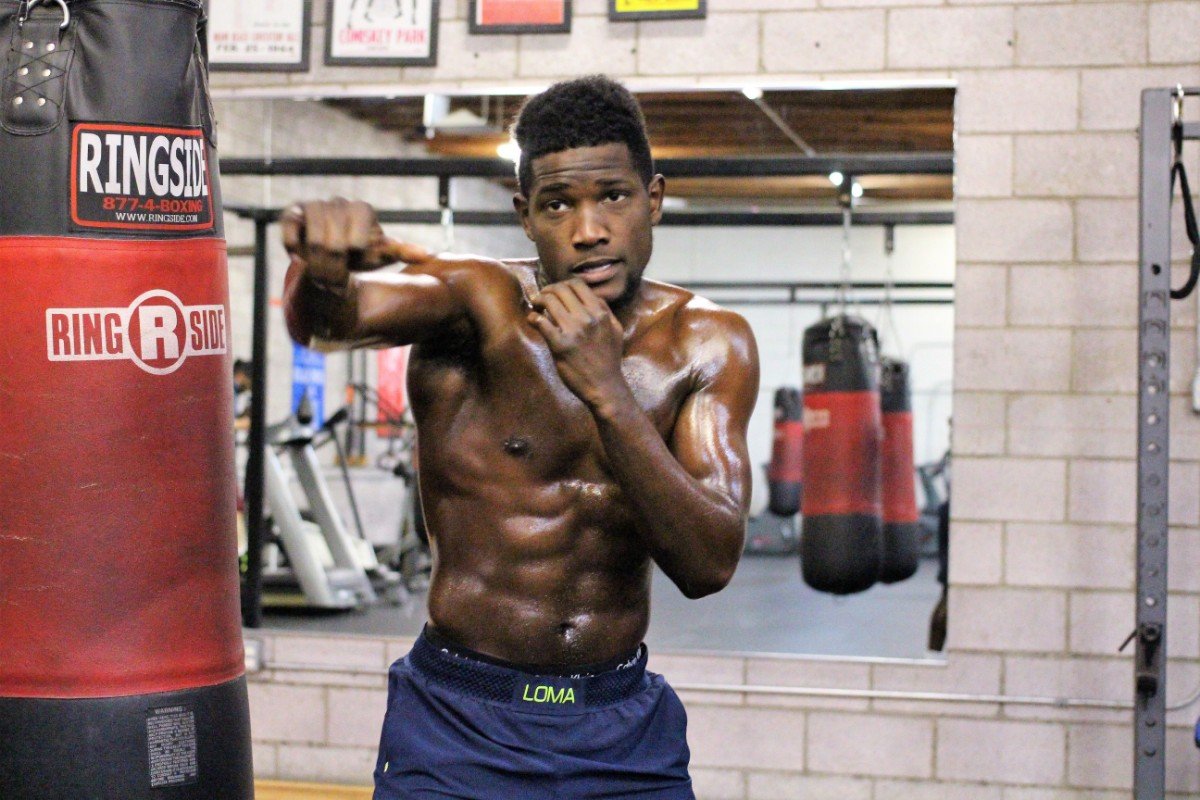 Top super welterweight contender Erickson “Hammer” Lubin will look to put himself one step closer to a second world title opportunity when he faces hard-hitting Nathaniel Gallimore in the main event on Saturday, October 26 live on SHOWTIME from Santander Arena in Reading, Pa., in an event presented by Premier Boxing Champions.

Lubin (21-1, 16 KOs) was originally scheduled to face Terrell Gausha in the SHOWTIME BOXING: SPECIAL EDITION main event, before Gausha suffered an injury that forced him to withdraw from the fight.

He is now faced with the all-action Gallimore, who has shown power and durability in knockout wins over Justin DeLoach and Jeison Rosario, and a majority decision loss to unified super welterweight champion Julian Williams.

“Gallimore is a banger, he comes forward and puts a lot of pressure on his opponents,” said Lubin. “He has fought a lot of good fighters like Julian Williams and has nothing to lose. We’re both big punchers and the fans should expect an action-packed fight. I’m putting in the work so that I’m the last man standing.”

The 24-year-old has impressively bounced back from his 2017 defeat to then WBC Super Welterweight Champion Jermell Charlo to score three consecutive stoppage victories. He became the first person to stop former champion Ishe Smith in February and scored a TKO of Zakaria Attou in June, both in co-main events on SHOWTIME.

“It is an honor to be fighting in the main event on SHOWTIME,” said Lubin. “This is a great opportunity to display my skills in front of a large audience of boxing fans and show that I’m still getting better. I have been working extremely hard and I’m super focused. This will be a special fight and evening for myself and my family.”

The Orlando-born Lubin will enter his third fight with trainer Kevin Cunningham on October 26, coming off of another training camp in West Palm Beach. Lubin knows that Cunningham’s experience with former champions such as Leon Spinks and Devon Alexander will help him in his upcoming fight and beyond.

“It is great having Kevin Cunningham in my corner and running my camp,” said Lubin. “This is a 12-round fight and he has the experience working with world champions who have fought twelve rounds, so I know I’m in good hands. Camp has been intense, but I’m feeling good, I’m healthy and ready to leave it all in the ring.”

With a win over Gallimore, Lubin has a wealth of possibilities for big fights in the stacked 154-pound division, including against the IBF and WBA champion Williams, WBC champion Tony Harrison or former champion Jermell Charlo in a rematch, especially if he regains the title in his rematch against Harrison.

“I think the 154-pound weight class is the best division in boxing,” said Lubin. “We have a lot of good fighters, but I don’t see any of the fighters in this division as unbeatable. I am completely focused on my fight on October 26, but if I can make a statement in this performance, I know I am knocking on the door of a world title shot.”

Tickets for the event, which is promoted by TGB Promotions and King’s Promotions, are on sale now and can be purchased through Ticketmaster.com or at the Santander box office (Monday-Friday, 10 a.m. – 5 p.m., Saturdays 10 a.m. – 2 p.m.).

ABOUT LUBIN VS. GALLIMORE
Lubin vs. Gallimore pits top super welterweight contender Erickson “Hammer” Lubin against hard-hitting Nathaniel Gallimore in a 10-round showdown on Saturday, October 26, live on SHOWTIME from Santander Arena in Reading, Pa., in an event presented by Premier Boxing Champions.