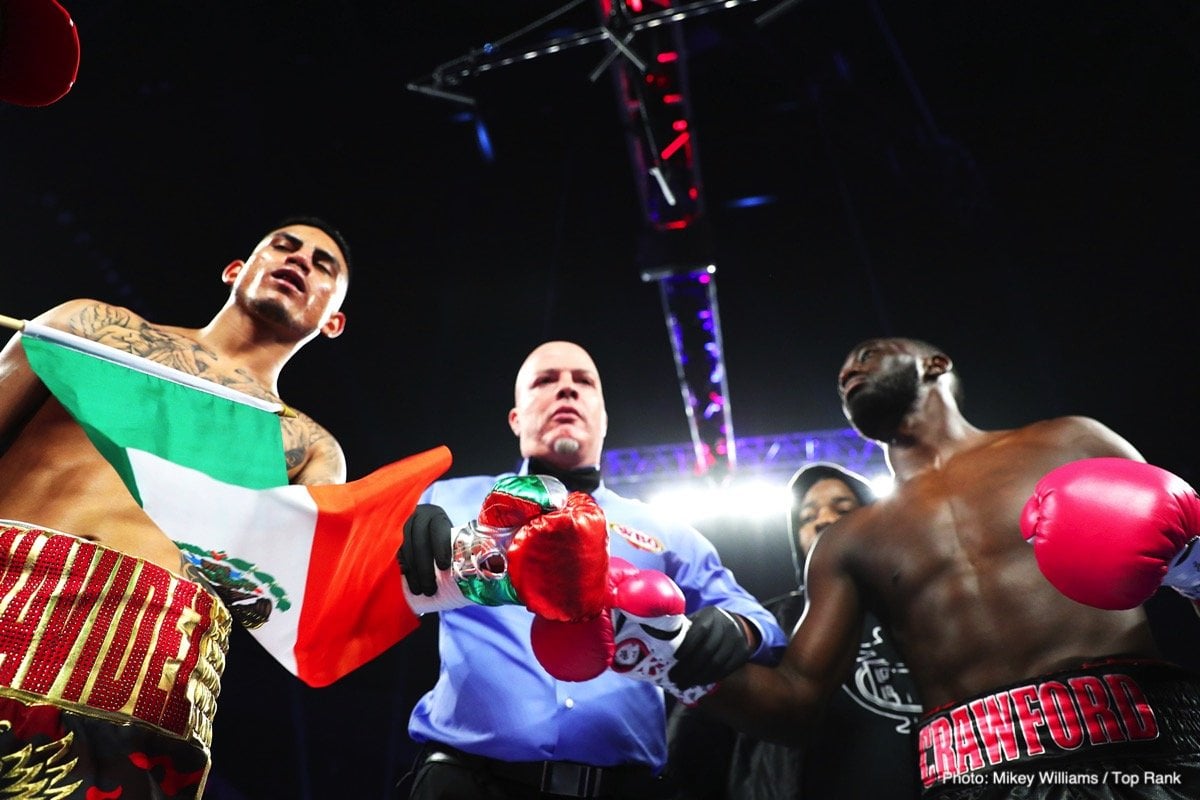 The WBO has scheduled a purse bid on September 2nd for the bidding process on the WBO welterweight champion Terence ‘Bud’ Crawford (37-0, 28 KOs) vs. Shawn Porter (31-3-1, 17 KOs). The World Boxing Organization’s purse bid will be streamed live on their Facebook page at 12 noon ET.

Depending on how well Crawford deals with Porter’s inside pressure and mauling, this could be an easy fight for a pure hell for him. As long as Crawford can keep the action on the outside, he’ll likely deal with Porter easily and win a decisive 12 round decision.

It would be a mistake for Crawford to intentionally fight Porter’s fight by brawling with him on the inside as Errol Spence Jr. did in his 12 round split decision win over him in September 2019.

However, Spence Jr was rugged enough to beat Porter at his own game, battling him inside, wearing him down with body shots, and dropping him in the 11th round.

Crawford isn’t a natural welterweight and isn’t built for that type of warfare against Porter, so he’ll opt to keep the action on the outside to save himself the aggravation of being involved in a war of attrition.

Porter is finally getting his way in challenging Crawford for his WBO title, but it’s been two years since he fought a good opponent who might not have enough left.

Shawn has taken a long break since his war with Spence in September 2019, and he’s only once since then, beating Sebastian Formella a year ago in August 2020. As long as Porter is still the same guy that fought Spence, he’ll have a chance against Crawford.

If the combination of the punishment Porter took against Spence, and the two years he’s been out of the ring away from fighting quality opposition, he might have lost too much for his game to beat a guy of Crawford’s caliber.

Crawford facing the most meaningful opponent of his 13-year professional career in former IBF/WBC welterweight champion Porter, and it should be interesting to see how well he does.

After these years of Porter fighting B-level opposition like Jose Benavidez, Amir Khan, and Jeff Horn, boxing fans will have the opportunity to see how well Crawford does against a good B-level fighter in Porter.

You can’t really call Porter an A-level guy, as he’s beaten each time he’s stepped it up against the best in losses to Keith Thurman, Errol Spence Jr., and Kell Brook. And some fans believe Porter’s win over Yordenis Ugas was a gift decision by the judges.

So, basically, Porter has been beaten four times during his career, making him a good B-level fighter who can sometimes create nightmares when matched against certain fighters.

To listen to Porter, he seems to be under the impression he dominated Ugas, which is delusional. Porter clearly lost the fight, much worse than Manny Pacquiao did last Saturday to the Cuban fighter. Pacquiao did a better job against Ugas than Porter did in this writer’s opinion.