One of the most dynamic and exciting fighters in boxing will be taking center stage on Saturday night. Emanuel Navarrete, who is now a champion at featherweight, continues his run to become king of the featherweight division.

Emanuel “El Vaquero” Navarrete (32-1, 27 KO’s) of Mexico City, Mexico, first made a name for himself in 2018 when he defeated the unbeaten Isaac Dogboe by unanimous decision for the WBO Super Bantamweight title. Dogboe, if you recall, was having a great 2018 and was a candidate for fighter of the year. However, Navarrete defeated him at the end of 2018 to derail Dogboe’s run. 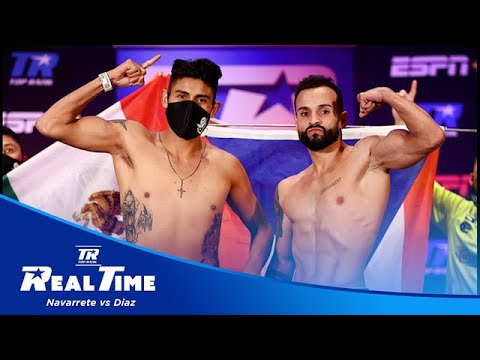 Nobody knew much of Navarrete at that time, but if you followed his career in Mexico, you knew he was a real threat to Dogboe. To prove his victory over Dogboe was no fluke, Navarrete defeated Dogboe in a rematch in 2019 with an eleventh round stoppage. Since the Dogboe victories, Navarrete has become one of the most active champions in boxing. In total, he made five successful title defenses of the WBO title and all of them were by stoppage. The 26 year old Mexican is a tall aggressive fighter that possesses a long reach with punching power.

Last year in October, he moved up to the featherweight division and won the vacant WBO World Featherweight title. His debut at the new weight class was not an easy one. He faced off with Ruben Villa, who was an undefeated fighter that has good speed and movement. Villa made it a difficult fight for Navarrete but Navarrete was able to figure him out and get the victory. Now that Navarrete continues his journey to the top of the featherweight division, he welcomes another tough challenge. 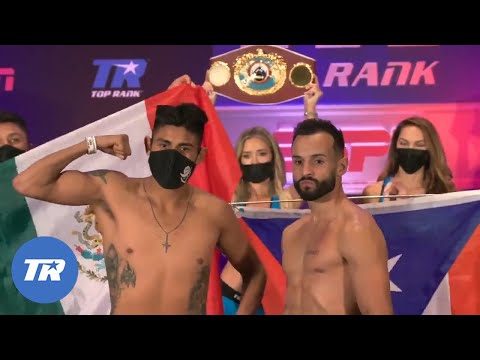 His opponent on Saturday will be former title challenger Christopher Diaz.

Christopher “Pitufo” Diaz (26-2, 16 KO’s) will not be a walkover for Navarrete. The Puerto Rican challenger is a solid pro with world class experience. His only two losses on his record were decision losses to Masayuki Ito and Shakur Stevenson. Even with the losses, Diaz has shown how tough and durable he is. This will be a second chance at a world title for Diaz and we expect him to give another good effort against Navarrete.

Navarrete is a fan favorite and for good reason. He likes to go for the knockout in all his fights. He likes to fight on sheer aggression and he likes to throw a volume of punches. He does have flaws in his defense which has caused him to be hit easy but it does make for fan friendly fights. More importantly though, Navarrete stays busy and fights frequently which is a good thing. He should be applauded for this as all top fighters should be doing this.

So far Navarrete has won a world title at featherweight by defeating a top undefeated fighter. Now, he will make his first defense against a solid opponent. If victorious which he is expected to be, Navarrete is on track on becoming the top fighter in a wide open featherweight division. 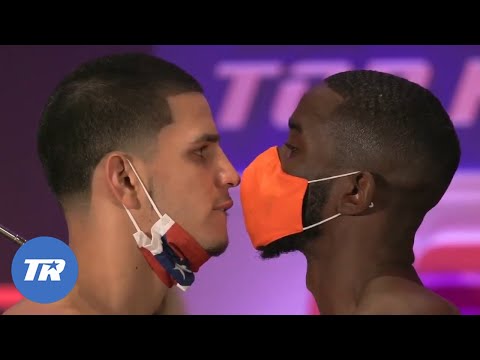