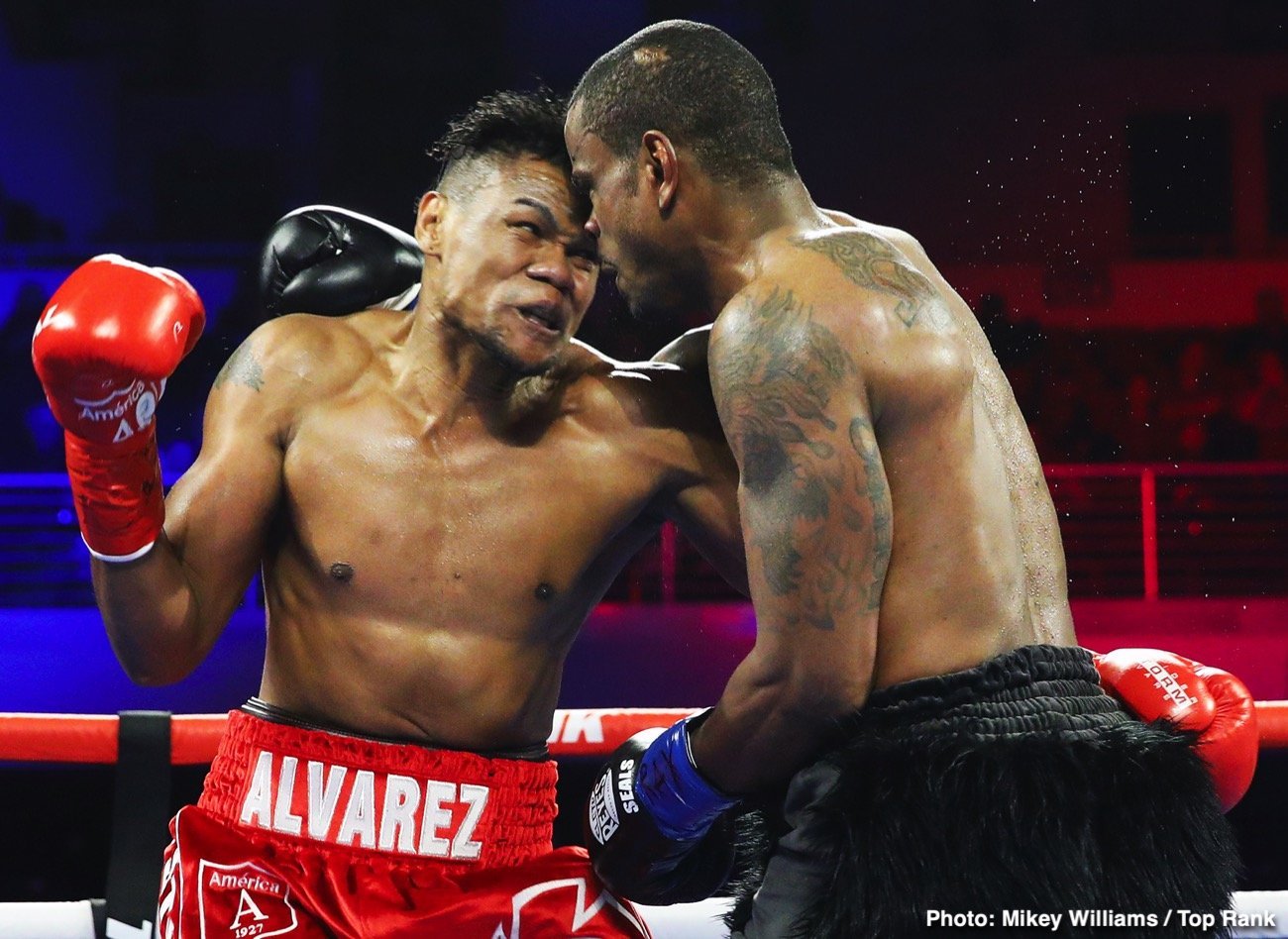 A short while ago, Canelo Alvarez vacated the WBO light-heavyweight title he won from Sergey Kovalev, and now another guy called Alvarez, who also holds a win over Kovalev, could be in line to fight for it and try and regain it. Eleider Alvarez, who scored an impressive KO over Michael Seals last night (his bomb of a right hand terminating a fight that had been duller than dull until then), could be matched with Joe Smith Jr, with the vacant WBO strap up for grabs.

35 year old Alvarez of Colombia, 25-1(13) scored an upset KO over “Krusher” back in August of 2018, with some fans thinking he might have pretty much ended Kovalev’s career. But in the immediate rematch, Kovalev, with the game-plan of trainer Buddy McGirt at his disposal, boxed a superb fight and got his revenge. Alvarez didn’t fight again for almost a full year, returning with last night’s KO win.

If Alvarez does fight Smith Jr. next, we fans should be treated to a good action fight, a fight far more exciting than last night’s Alvarez-Seals fight. But if Alvarez has dangerous power, so too does Smith Jr, the man who ended the career of the legendary Bernard Hopkins (knocking B-Hop right out of the ring for a KO victory in December of 2016) and who, in his last fight a week ago, decisioned Jesse Hart in a good fight to improve to 25-3(20).

Smith Jr. of Long Island is five years younger than Alvarez at age 30 but he has himself been stopped, one time (way back in 2010), whereas Alvarez has never been halted. A very solid match-up – a 50-50 fight arguably – it is to be hoped this one does indeed get made. Smith Jr. deserves a second shot at world honors (losing in a WBA title tilt with Dmitry Bivol, via decision in March of last year), while Alvarez is eager to prove he can rule all over again.

Can you pick a winner between these two?