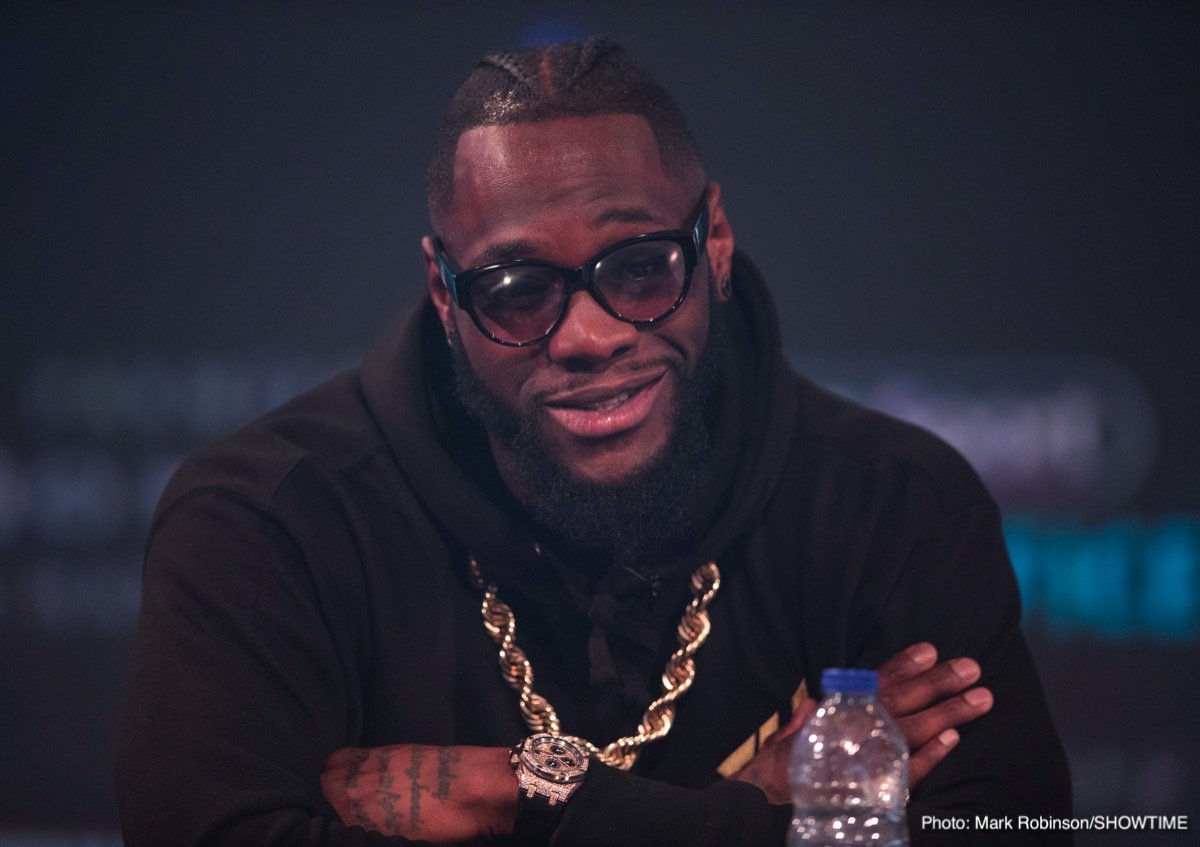 Eddie Hearn has not given up trying to entice WBC heavyweight champ Deontay Wilder into working with him. But Hearn, in speaking with Tha Boxing Voice, says he is not looking to shackle Wilder down to a five or six-fight deal, just a three-fight deal. Hearn, understanding how much cash is being showered around the heavyweight division, with the two big names Anthony Joshua and Tyson Fury bagging most of it, also knows how much Wilder should be paid – and will be paid if he agrees to work with him.

Hearn wants Wilder to fight against either a Dominic Breazeale, an Adam Kownacki or a Dillian Whyte, on DAZN, and then fight not one but two fights with AJ. And Hearn is willing to pay Wilder $15 million for the first of the three fights.

“I think you’ve gotta give him $15 million for that fight, but that’s the marketplace. It’s crazy,” Hearn said. “You can’t have Joshua making whatever he’s making, Fury making $20 million and then Wilder sitting there going, ‘Oh, okay, I’ll take $7 million.’ He can get it [the money he deserves] on DAZN and he can get it on ESPN. He hasn’t got to sign with me to come and fight on DAZN. He can come and fight on my shows. If he’s got offers out there for $15 million to fight for a voluntary defence – [against one of] Breazeale, Whyte, Kownacki. I’m not looking to tie you into five/six fights like Top Rank. We’ve gotta do one voluntary, then two Joshua fights.”

Wilder must now make his mind up. He has that “tremendous” offer from Bob Arum to mull over and Wilder now has this offer from Hearn to consider. It’s unclear what Wilder would get paid for the two fights with Joshua under Hearn’s deal, and where the two fights would take place, and when, but it seems to be a tempting offer indeed. Wilder could face either Kownacki, Whyte or Breazeale in May, and then, providing he won, get the massive fight (or fights) he wants with Joshua. With Fury moving on from his rematch with Wilder (for now at least), Wilder might have a perfect opportunity to make what could prove to be the biggest fight out there.

For as much as fans want to see Wilder/Fury II, there would be no complaints if Wilder got it on with Joshua not once but twice. Let’s see if Wilder bites at Hearn’s latest money-spinner of an offer.