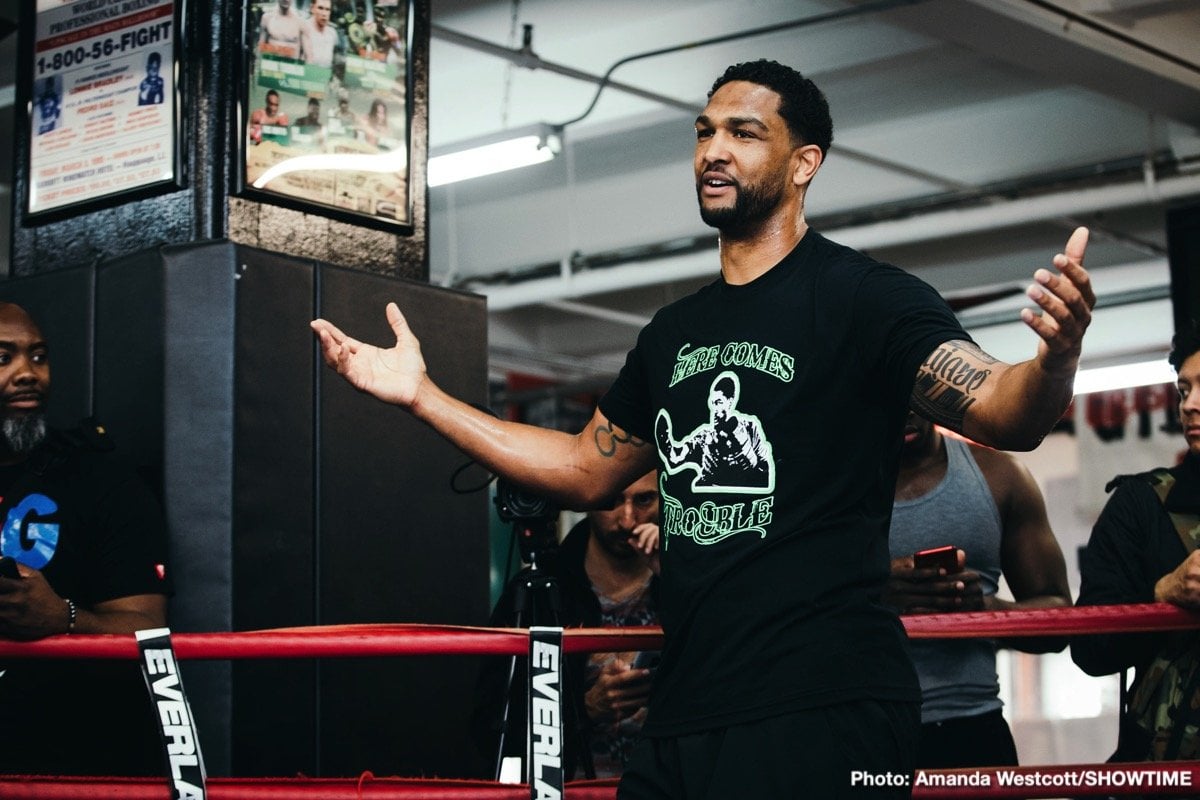 While a good number of people are up in arms over WBC heavyweight champ Deontay Wilder’s latest tasteless, “I want a body on my record,” quotes, and his repeated statements regarding how his challenger on Saturday, Dominic Breazeale, is literally risking his life by facing him in the ring, Breazeale himself has shown zero signs of being intimidated.

In fact it’s just the opposite: Breazeale says he will win on Saturday, retire Wilder, and in the process earn himself a rematch with Anthony Joshua. AJ is the only man to have beaten Breazeale, and “Trouble” as Dominic is known, says today he has learned so much, both since and as a result of that stoppage loss.

“It’s not if, it’s when I beat Wilder,” Breazeale told Sky Sports. “When I beat Wilder, I definitely will love to unify the titles against AJ. AJ has no reason to come down to fight me. [But] If I’ve got a belt that he wants, he’s definitely going to fight me for it. For a student athlete like myself, I learned a ton [since losing to AJ] and I can’t wait to show it off on Saturday night.”

Of course Wilder thinks differently. Very differently. Doing his best Ivan Drago impersonation (“If he dies, he dies”) Wilder is certain he will score not only a definitive KO, but an extremely violent one – “something you’ve never seen before,” he has promised. The only thing Wilder and Breazeale agree on is the fact that Saturday night’s fight in New York has absolutely no chance of going the distance – somebody is getting knocked out.

Despite the fact that quite a few fans, those who were revolted by Wilder’s death threats, will be rooting for the challenger, the odds, and most of the pre-fight picks, say it will be Breazeale who gets taken out. But above all, let’s hope neither man is seriously hurt (how would Wilder react if his horrific words came back to haunt him?). Boxing is a sport after all.

As for Joshua, he says he will be watching Saturday’s fight, as will Dillian Whyte, who has said he would not be too surprised if Breazeale pulled off the win.

Who are YOU rooting for?