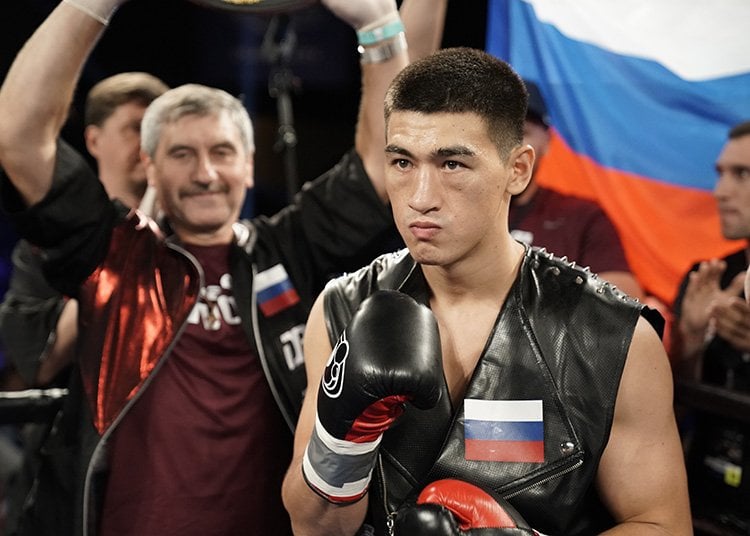 The event will be promoted by Main Events and World of Boxing, Bivol’s promoter, in association with Jean Pascal Promotions. The bout will be televised live on HBO World Championship Boxing beginning at 10:00 p.m. ET/PT.

Bivol, age 27, of St. Petersburg Russia, risks his perfect record of 14 wins with no losses and 11 knockouts against the time-tested Pascal, who turns 36 on October 28, has 33 wins, 20 by knockout, against five losses and a draw.

Bivol is coming off a dominating 12-round decision victory over crafty Isaac Chilemba of Malawi on August 4. Pascal is fresh from an eighth round TKO over former UFC champion Steve Bosse at Place Bell in Laval, Quebec on July 20.

After storming through the amateur ranks, Bivol has quickly moved himself into position to take over the highly competitive light heavyweight division by facing top names and defeating them, one after the other. Bivol is open about his ambitious goals to fight all of the best opponents in the division, and to deliver entertaining fights in front of large audiences.

Bivol’s ultimate goal to unify the light heavyweight division: “It’s very important for me. It’s every boxer’s dream to be the champion, the unified champion. It’s a big step to dream about. Like (unified cruiserweight champion) Oleksandr Usyk.”

Although he has a humble nature, Bivol is sure about his abilities. “Not too long ago, Pascal fought for three world titles and I watched on TV. Now he wants to take my title away, and I am very happy to accept this challenge and look forward to my next title defense on HBO.”

Vadim Kornilov, Bivol’s manager, added, “We are looking forward to another great performance by Dmitry Bivol on November 24th. Jean Pascal is a name everyone has heard, and we look forward to a competitive fight with this great champion.”

Andrei Ryabinski of World of Boxing, Bivol’s promoter, said, “We are glad to be putting together another fight for Dmitry Bivol together with HBO, Main Events and the Hard Rock. Look forward to a great fight between Dmitry Bivol and Jean Pascal!”

“This is the most important fight of my life and I could not be more motivated,” said Pascal. “I’m making boxing history on November 24th. I’m known as a champion who never turned down any challenges, but I want to be two-time champion and I want to be immortalized in the Hall of Fame when my career is over. To fully cement my status as a hall of famer, I must win this fight and I will win this fight.

“Bivol is a very good fighter and a difficult challenge, but greatness has never been achieved without overcoming difficult challenges. My Canadian fans should be very excited because all of the light heavyweight belts will be in our house for Christmas this year,” promised Pascal.

Manager Greg Leon is equally confident. “In my opinion Bivol is the best light heavyweight champion in the world, so this is an extremely difficult challenge for us. However, Jean is fighting for the hall of fame, history and legacy. That coupled with the intangibles he possesses that cannot be taught make him the most dangerous fighter Bivol has ever faced by far.

“November 24th will provide Bivol with a couple of new experiences; he’ll be fighting in his first major main event and he’ll be suffering his first loss as a professional,” said Leon.

Main Events CEO Kathy Duva said, “Main Events could not be more excited to return to Atlantic City for our second card at the Hard Rock’s Etess Arena. Our first card there on August 4 was a sellout, and we expect to build on that momentum by bringing Dmitry back to be in the main event on November 24.”

“Following up on the success of last August’s fight between Alvarez and Kovalev, this will just be another step forward in Atlantic City’s return to professional boxing,” says Bernie Dillon, Vice President of Entertainment for Hard Rock Hotel & Casino Atlantic City, “I’m thrilled that Hard Rock can be a big part of that.”

About Bivol-Pascal: Dmitry Bivol vs. Jean Pascal is a 12-round fight for Bivol’s WBA Light Heavyweight World Title on Saturday, November 24, 2018 at Hard Rock Hotel & Casino Atlantic City. The event is promoted by Main Events and World of Boxing in association with Jean Pascal Promotions and will be televised live on HBO World Championship Boxing beginning at 10:00 p.m. ET/PT. Tickets range between $30.00 and $150.00 and go on sale Friday, October 26.