Dmitry Bivol says he’s open to moving down to 168 for his next fight if he’s unable to get the undisputed clash against unified light heavyweight champion Artur Beterbiev.

The idea behind Bivol fighting at 168 is for him to challenge undisputed super middleweight champion Canelo Alvarez for his four belts.

By moving down to 168, Bivol would be giving Canelo a handicap, making it fairer to the Mexican superstar, who looked totally out of his element, losing to Dmitry last May at 175.

Unfortunately for Bivol (21-0, 11 KOs), his dreams of fighting Beterbeiv will likely need to wait until 2024.

Earlier today, the WBC president said that IBF/WBC/WBO champion Bivol (18-0, 18 KOs) must defend against his WBC mandatory Callum Smith after he makes a defense on January 28th against Anthony Yarde, his WBO mandatory.

Those two mandatory defenses for Beterbiev will likely consume all of 2023, meaning that he won’t be free to face Bivol until 2024.

It’s bad news for the U.S boxing fans that Bivol and Beterbiev won’t fight next year because they have no interest in seeing Artur beat up on Callum Smith and Anthony Yarde in one-sided mismatches.

If Beterbiev were open to vacating his WBC & WBO titles, he could give the fans the fight they want to see against Bivol rather than wasting a year of his career fighting Callum and Yarde, both of which have been exposed before.

Callum earned his WBC mandatory spot after just two fights in the 175-lb division, defeating Lenin Castillo and Mathieu Bauderlique. Before that, Callum was soundly beaten by Canelo Alvarez in a one-sided 12 round unanimous decision in 2020. In 2019, Smith won a controversial 12 round decision win over John Ryder, and looked quite bad throughout.

“I feel great. I won good fighter. I beat him, and I’m glad,” said Dmitry Bivol to Behind The Gloves, reacting to his win over Gilberto Ramirez last Saturday night.

“He’s strong, but it’s not his main thing. He has a good body punch. This is what he does good. He’s a fighter who doesn’t throw just one hard punch. He throws combinations. Sometimes, it’s harder.

“When you see it, it looks easy, but to be honest, it wasn’t easy. If you are really good to do something, it looks easy from the side. I try to be better, and people will see me like I do it easily, but it’s not.

“If everything depends on me, I’ll try to fight for another belt. But we know it doesn’t depend on me. I just got some offers, and I can say yes, or I can say no.

“Now, of course, I have a goal, every time I have a goal to be the undisputed, to be the best fighter in the world. But I can’t just say to someone, ‘Let’s make this fight.’ I know how it works. Politics, yeah.

“Of course, I don’t just want to stay and wait [for] someone [Artur Beterbiev]. If I can’t get the fight that I want, of course, I’ll take another fight to be in shape every time.

“168, I’m open to this option too,” said Bivol. “I’m not heavyweight. Between heavyweight and light heavyweight, we have cruiserweight too. It’s a big jump,” said Bivol when the interviewer, Michel Phelps, asked if he’d be interested in going up to heavyweight someday.

“You want me to fight Anthony Joshua? Maybe one day, I don’t know,” said Bivol when asked if he’d be interested in moving up to cruiserweight to fight Oleksandr Usyk if he returns to the division one day. 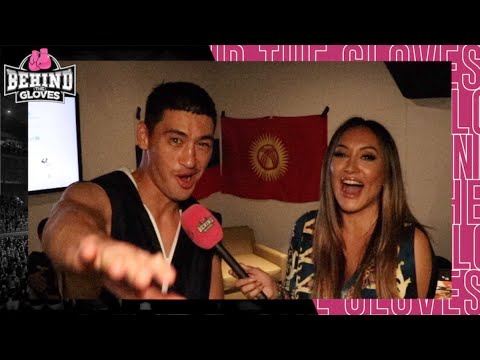