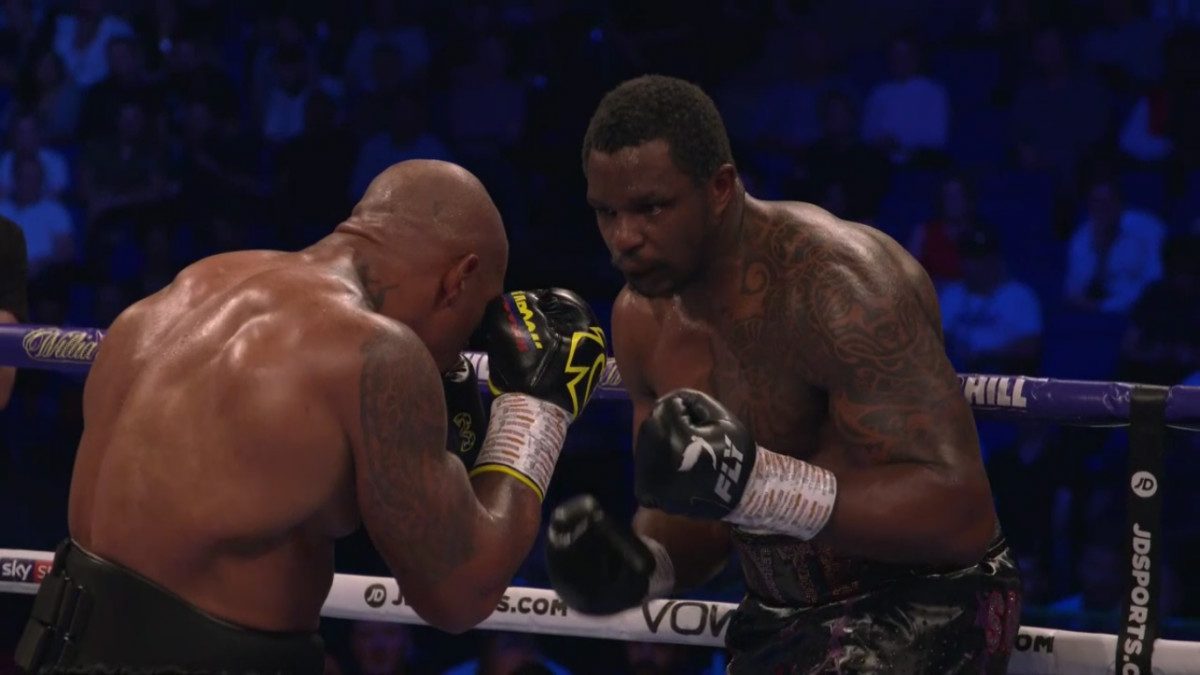 Matchroom whiz promoter Eddie Hearn says there’s “STRONG possibility” that heavyweight Dillian ‘The Body Snatcher’ Whyte (26-1, 18 KOs) will be returning to the ring next month on December 7 in Saudi Arabia.

Hearn says he sent #1 WBC Whyte a list of opponents to pick from for him to fight on the undercard of the Anthony Joshua vs. Andy Ruiz Jr. in Saudi.

It won’t be a top tier fighter that Whyte faces, but it’ll be someone credible. He’ll be fighting in a 10 round bout. Whyte, 31, hasn’t fought since his 12 round unanimous decision win over Oscar Rivas last summer on July 20 at the O2 Arena in London, England. Following that fight, it was leaked by a website that one of Whyte’s drug tests had adverse findings from a UKAD test.

“It’s gone from a possibility to a strong possibility,” said Hearn about Whyte fighting on December 7th Joshua-Ruiz card in Saudi. “I’ve just sent him a list of opponents to look at and we’ll see if we can make it happen, but there’s a very good chance he’ll make it on that card.

Whyte’s opponent could be almost anyone. At this point, it probably doesn’t matter that Whyte won’t be fighting a ranked guy. There’s less than a month to go before December 7th, and there’s no chance that Whyte would get a quality fighter with so little time.

Hearn isn’t saying where he’ll place Whyte on the Joshua vs. Ruiz rematch card. Does he put Whyte in the co-feature slot or does he bury him towards the bottom of the event? There will be a lot of upset boxing fans if Hearn sticks Whyte in as the chief support. Given the blowup over Whyte’s adverse findings from last summer, it would be a controversial move for Hearn to stick him in as the chief support for the Joshua-Ruiz card.

The testing agency is supposed to be revealing the results of Whyte’s B-sample at some point. It’s now been 4 months, and there’s no word about the status of Whyte’s B-sample. He wasn’t ssuspended by UKAD, so he’s free to fight. The World Boxing Council has suspened Whyte’s status as interim WBC heavyweight champion and mandatory. He’s been replaced as WBC heavyweight champion Deontay Wilder’s mandatory by Tyson Fury. Whyte can challenge for the WBC title in 2021.