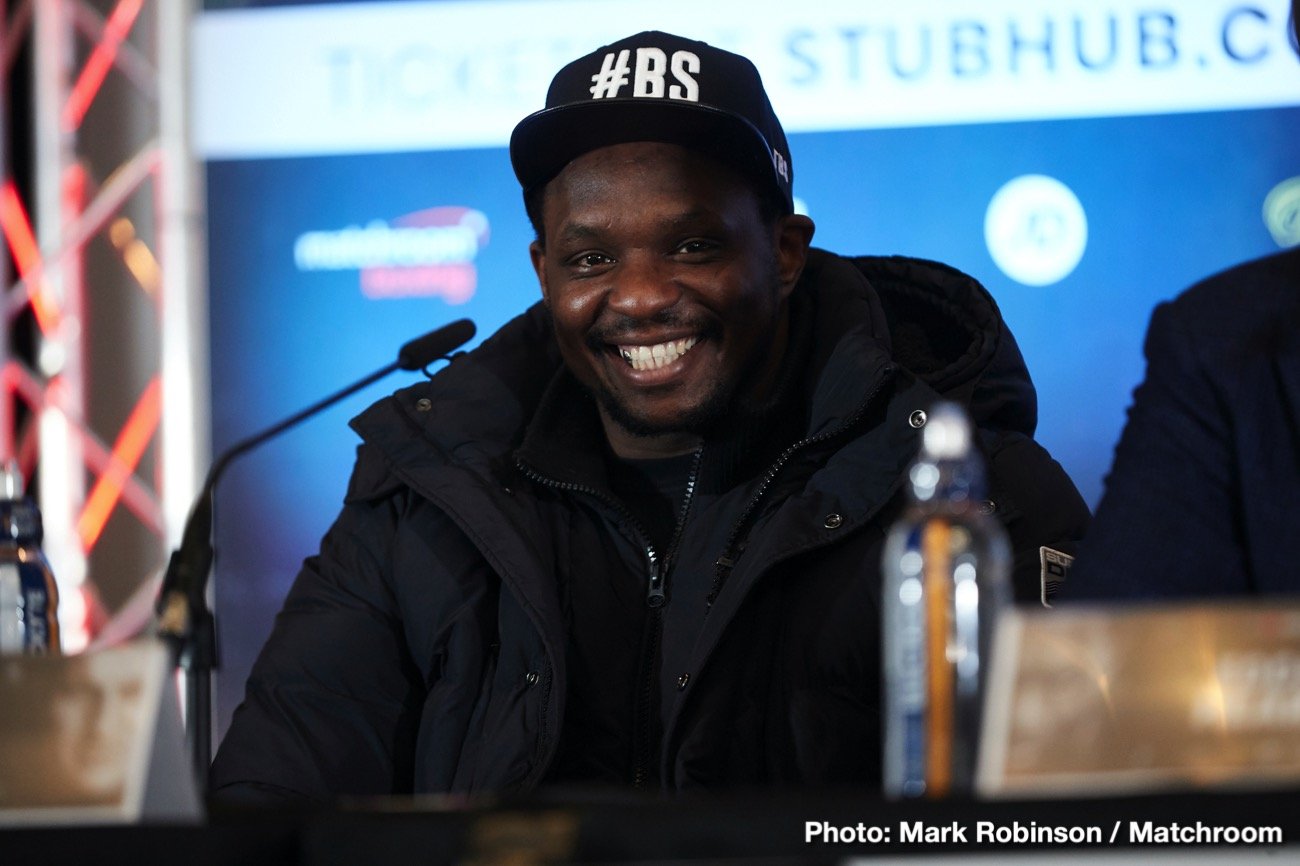 Dillian Whyte has two goals in combat sports – to win the world heavyweight title; in both boxing and MMA. Speaking with sky sports, Whyte said “nobody has ever come close” to achieving such a lofty goal but that he himself feels he can do it.

Whyte, who recently called out newly sensationalized MMA fighter Francis Ngannou, has had a reply from the man-mountain Mike Tyson feels cam definitely become the next MMA heavyweight champion. And Ngannou, who also spoke with sky sports, says he would be willing to have a boxing match with Whyte.

The giant front Cameroon says he will “always have faith in my power,” and that “anyone is possible.”

It would be an amazing spectacle seeing Whyte, no small guy himself, going at it with Ngannou in either a ring or a cage. It’s probably not too likely to happen, but who knows for sure? And who wouldn’t want to see it?

Whyte has been terribly frustrated due to his inability to get a well deserved shot at a world heavyweight title and maybe, as he awaits his 2021 shot, he will indeed look to take some kind of MMA action to keep his hunger for combat in check. Whyte dies have an MMA background after all. Ngannou has now said yes, he is open to a fight with Whyte, so let’s see if the powers that be can make something happen. Ngannou actually began training to be a boxer years ago, before he was introduced to MMA.

If Whyte and Ngannou did rumble, someone would go down. And probably out. It would be an explosion. Two big guys, both over 6’4″ and around 250-plus pounds – both with genuine punching power. Again, who wouldn’t want to see this go down!

We’ve seen crossover match-ups before of course, but would you be willing to go all out and pick a dead-cert winner if these two monsters collided? Ring it cage, let’s see it happen.