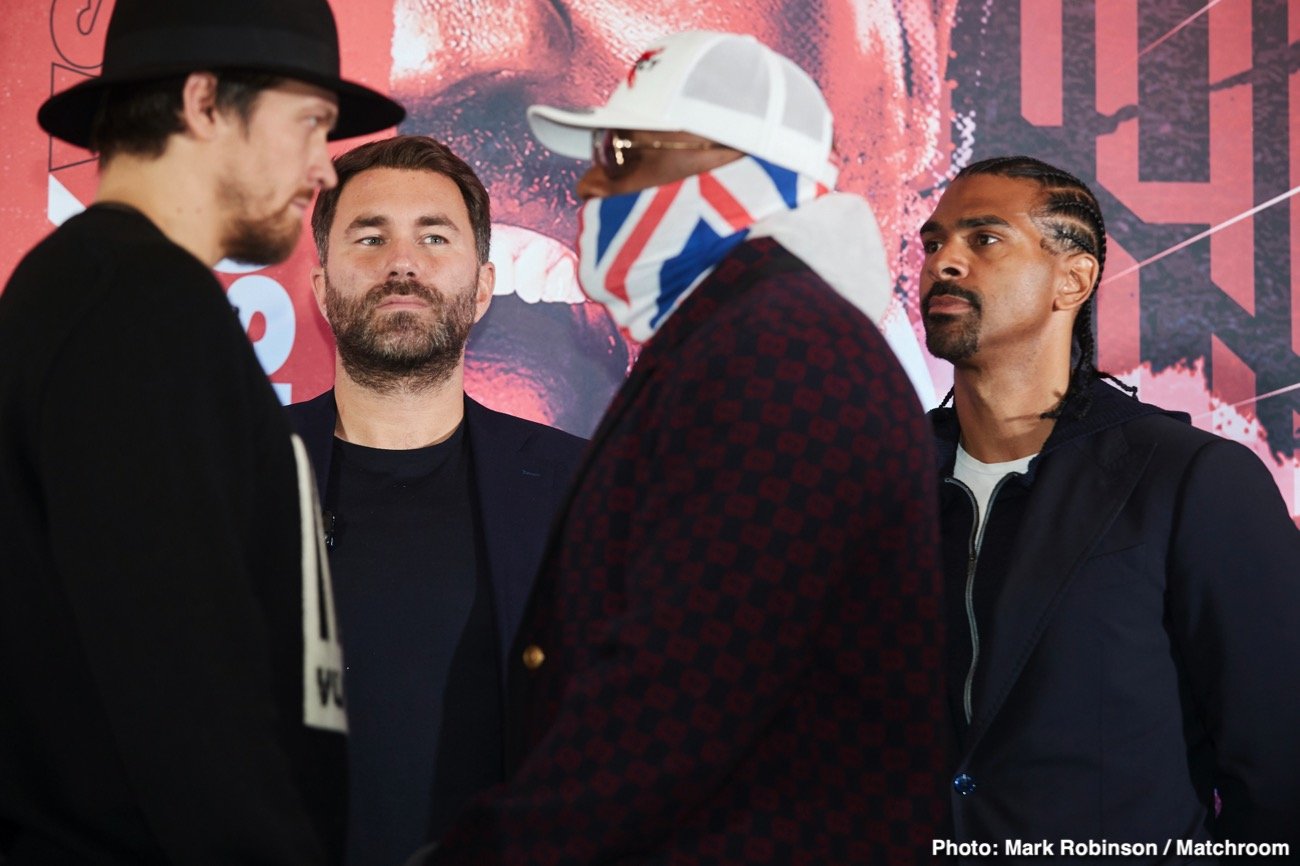 As fans are only too well aware, the ongoing battle with the coronavirus has forced the postponement of a number of big fights, with more postponements feared. The world has not seen anything quite like this before; certainly the sporting world has not. But as far as boxing goes, fighters and promoters are doing the best they can to keep on keeping on.

So far in the UK, no fights have been affected (although this could change), and the big heavyweights fights comprising of Joe Joyce-Daniel Dubois, Dillian Whyte-Alexander Povetkin, Oleksandr Usyk and Anthony Joshua-Kubrat Pulev are thus far still on (at time of writing).

And Chisora, who is determined to cause the upset against Usyk, and earn a shot at Joshua in the process, is taking zero chances in the run-up to the May 23 fight. David Haye, Chisora’s manager, has revealed how Chisora’s sparring partners will be “quarantined in their flat” between sparring sessions with Chisora.

“All the sparring partners are going to be quarantined in their flat, among themselves, they’re going to come to the gym and then back to their flat,” Haye told TalkSport. “They’re not allowed to go out partying. They’re here to work for Dereck, to give Dereck the best opportunity. They can’t be going out, getting sick and bringing that into the gym. It’s a serious situation – we don’t know how bad it’s going to get.”

Haye said the aim is to get “as many as we can” when it comes to the sparring partners, heavyweights and cruiserweights, to try and “mix it up.” There is a chance the fight could take place behind closed doors, with Chisora saying he would be okay with that. Promoter Eddie Hearn has said a number of times how he simply cannot envisage a big fight going ahead with no crowd in attendance.

But as with the sparring partners plan, certain measures may prove to be unavoidable when it comes to ensuring a fight goes ahead. Strange days indeed. And what a pretty miserable experience it will doubtless be for the guys serving as Chisora’s sparring partners; sitting around in a flat in-between getting beaten up by Chisora in the gym. Let’s hope these guys are at least getting paid well.