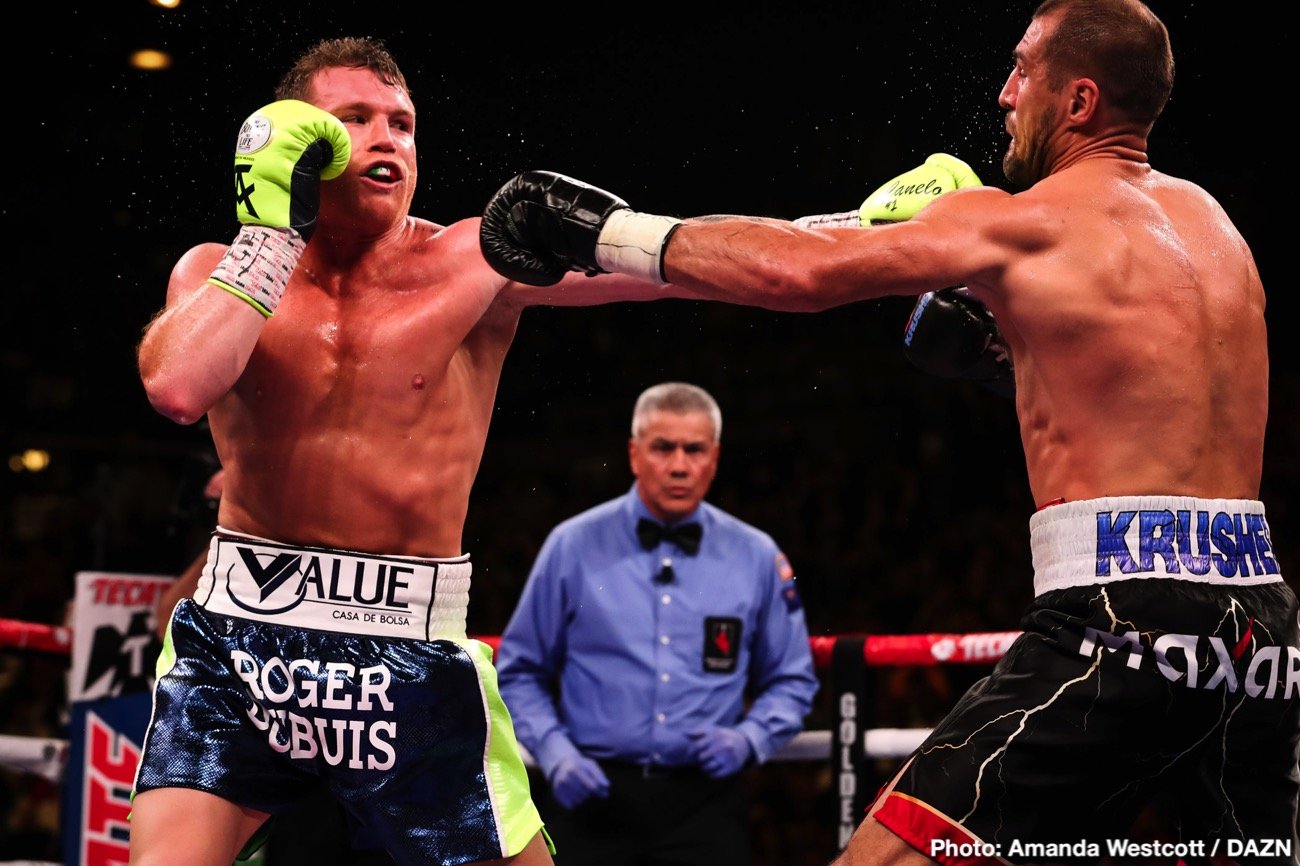 Matchroom Boxing’s guru Eddie Hearn says the Billy Joe Saunders vs. Canelo Alvarez fight has an agreement in place for an announcement as early as next week for their much talked about fight on May 2 in Las Vegas, Nevada.

Hearn is waiting for the word from Alvarez’s promoters at Golden Boy Promotions what they want to do in light of the coronavirus pandemic, which has already caused the cancellation of one of their cards. The date for the Canelo-Billy Joe fight could change, according to Hearn, but that’ll be Golden Boy’s call.

In the climate of the COVID 19 pandemic, gone are the days when fights can be scheduled between promoters and assumed to be set in stone without needing to be modified. Golden Boy will have a tough decision to make in deciding to let the fight with Canelo and Saunders take place on the originally planned May 2 date.

Hearn isn’t immune to the problems of the coronavirus pandemic. He has three UK cards that could also need to be postponed:

The UK Prime Minister Boris Johnson could reportedly ban mass gatherings next week in the United Kingdom, and that move could put Hearn’s next three big cards at risk. If crowds aren’t allowed to be present than the fight cards would need to be done behind closed doors without fans and media present or postponed until the problem with the coronavirus crisis is over with.

“The announcement (of the fight) was expected this week, but now it is likely to be announced early the following week,” said Hearn to IFL TV about the Canelo vs. Saunders fight. “From the perspective of Golden Boy Promotions, which canceled two shows this week, I think everyone is thinking about the strategy. Billy Joe and Canelo is done, agreed on all terms, ”Hearn said in the interview.

“Is it is going to be postponed towards the middle of May or June, perhaps, but that is up to Golden Boy. For now, Billy is already in the United States training, there was supposed to be a conference next week and we will see what happens in the next two days.”

Just how long the Canelo vs. Saunders fight could get pushed back is anyone’s guess. If it gets pushed back to September, then that would wipe a much bigger fight between Alvarez and Gennadiy Golovkin. Would Canelo be willing to have his only fight in 2020 be against Saunders? It seems it would be a good idea to scrap that fight, and focus on the one boxing fans want to see in Canelo vs. GGG. Saunders is someone that Canelo fight anytime. It’s a different story with Golovkin, who will be turning 38 in April, and he almost lost his last fight against Sergiy Derevyanchenko.

It just depends on how badly Canelo wants to fight Saunders. If he feels this contest is more pressing than fights against GGG, Jermall Charlo, Ryota Murata and all the other fighters that the U.S boxing fans prefer him to take, then he could stick it out make the fight with Billy Joe.