Deontay Wilder says he’s thinking of retiring from boxing after having “accomplished” his goals of becoming a world champion and supporting in daughter.

The 36-year-old  Wilder (42-2-1, 41 KOs) has checked the boxes for the goals he set out for him when he turned professional in 2008 after having captured a bronze medal in the Olympics in the U.S.

Wilder still has a lot of big money fights available to him against these fighters:

Former IBF/WBA/WBO heavyweight champion Andy Ruiz Jr. would be the ideal next fight for Wilder in early 2022. The Wilder vs. Ruiz winner would be in an excellent position to challenge for a world title against the last man standing in the wars involving Fury, Joshua, Whyte, and Usyk in 2022.

Ruiz needs a high-profile opponent for him to get another crack at a world title, as his recent fight against 40-year-old Chris Arreola wasn’t a big enough win to lure Joshua into giving him the trilogy match that he’s seeking.

Wilder undecided on his career

“I have accomplished my goals in this sport. I told my daughter when she was one that I’d be a champion and able to support her beyond belief. I’ve done that. Should I give it a go one more time, or should I just retire and focus on other things?” said Deontay Wilder to LOLNetwork

Deontay was stopped in the 11th round in his trilogy match against Tyson Fury last October in a fight that saw Wilder drop the British fighter twice in the fourth round.

Despite what appeared to be a long count of eleven seconds given to Fury on the second knockdown, Wilder isn’t bitter about it nor the first fight between them in which he had him knocked out in the 12th round but saw the referee miraculously give him a count while he was unconscious.

Wilder won the WBC heavyweight world title in 2015 and successfully defended it nine times before losing it to Tyson Fury in February 2020.

With a net worth of $30 million, Wilder has all the money he needs to take care of his daughter and family for them to live comfortably.

The kind of money that Wilder has would make it difficult for anyone to want to continue in a sport that involves a lot of pain and sacrifice, but he’s cut from a different cloth.

Wilder is a soldier, and he’s someone who doesn’t have the word QUIT in his vocabulary. He’s a young 36 with superior power, chin, speed, and stamina than any of the top heavyweights in the division today.

A fight between Wilder and Joshua would still be huge, even if AJ loses his rematch with Usyk or is beaten by Fury next year. Fans would be eager to see Joshua and Wilder mix it up in 2024, as long as both guys want to continue after next year. 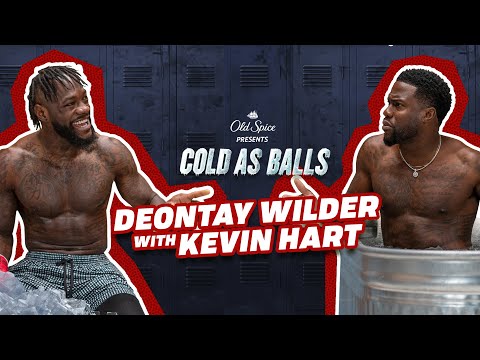 117 thoughts on “Deontay Wilder thinking of retirement, says he accomplished his goals”