David Haye says he would be shocked if Anthony Joshua decides to step aside so that Tyson Fury can face Oleksandr Usyk next. ‘The Hayemaker’ believes that Joshua (24-2, 22 KOs) fought the wrong fight against Usyk (19-0, 13 KOs) last September, and he can beat him if he comes out and is aggressive in the rematch, using his size on the smaller former undisputed cruiserweight champion.

Joshua’s problem against Usyk last time wasn’t entirely because he fought the wrong fight. A large part of why Joshua was beaten is because he gassed out and was too exhausted during the crucial rounds of the battle to defeat the smaller 6’3″ Usyk.

If Joshua’s strategy in the rematch is to try and beat Usyk with his size, he could gas out even earlier and be easy prey for him in the second half of the fight.

Haye says he’ll be shocked if Joshua steps aside

“It should get to a place where once you’ve made enough money, where you’re okay for ten lifetimes, but it’s not about that,” said David Haye to iFL TV on whether Anthony Joshua will take a step aside to allow Tyson Fury to fight Usyk.

“I’ve heard that he [Joshua] wants the rematch [with Uyk], so I don’t think there should be an amount of money that [would tempt him]. Once you’ve got enough money [what’s the point?].

“Let’s say he’s [Joshua] got 100 trillion in the bank? What number is enough? I hope he doesn’t, but if he does, I may have misjudged him.

“I think he [Joshua] boxed the wrong fight [against Usyk], and hopefully, in his heart and his head that he knows that he put forth the last time out, he could do significantly better, a lot better.

“He boxed the wrong fight, and when he boxes the right fight, he’ll knock him out and get his belts back, and then he can have the undisputed fight as the man with belts.

“If he doesn’t do that, I’ll be shocked. I think he might be just winding everyone up, really. How much money do you need? What do you want to buy? How big do you want the yacht to be?” said Haye about Joshua not needing any more money.

Suppose Joshua is going to take the step aside. In that case, he will need to do it ASAP because earlier on Tuesday, the World Boxing Council ordered Fury to defend against Dillian Whyte next, and they have 30 days to negotiate the fight.

Joshua would be saving both himself and Fury from potential losses by taking the step aside. Whyte has the potential of beating Fury, particularly the version of the Gypsy King that was dropped twice in his last fight against Deontay Wilder.

Some boxing fans believe the only reason Deontay lost that fight is that he gassed out in the championship rounds, allowing Fury to take control of the contest after being dropped twice by him in the fourth.

Joshua has something to prove

“I think Joshua should right the wrong straightaway right back on him. Get the belts back, and just as he did against Andy Ruiz Jr., It’s like him having a warm-up fight for Andy Ruiz Jr.

“No, he got straight back in and found a technique to beat him and beat him really easy. Do the same thing. It happened once, do the same thing again. That’s what I think,” said Haye.

As the saying goes, ‘styles make fights,’ which can mean that Usyk has the WRONG style for Joshua to beat him.

With that said, it doesn’t mean that Joshua can’t beat Fury or any of the other top heavyweights in the division because he certainly can.

Usyk is so elusive, quick, and defensively sound that he will be a problem for Joshua in the rematch should he decide to go through with the fight.

Haye has faulty reasoning with his belief that just because Joshua can’t beat Usyk’s style that he wouldn’t be able to defeat Fury.

I think AJ beat Fury, but if he loses to Usyk a second time, he’ll be weeded out of the competition for the undisputed championship.

It’s a bad idea for Joshua to face Usyk without taking at least one confidence-booster beforehand to get him accustomed to winning again.

Joshua has lost two out of his last four fights since 2019, and it’s evident that his confidence is at an all-time low.

Right now, Joshua is just running on pride rather than confidence, and he wants to avenge the loss to get rid of the feelings of shame and humiliation. 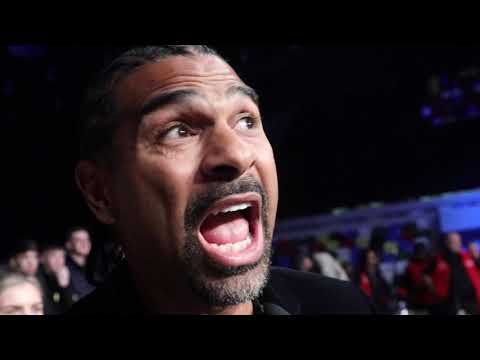