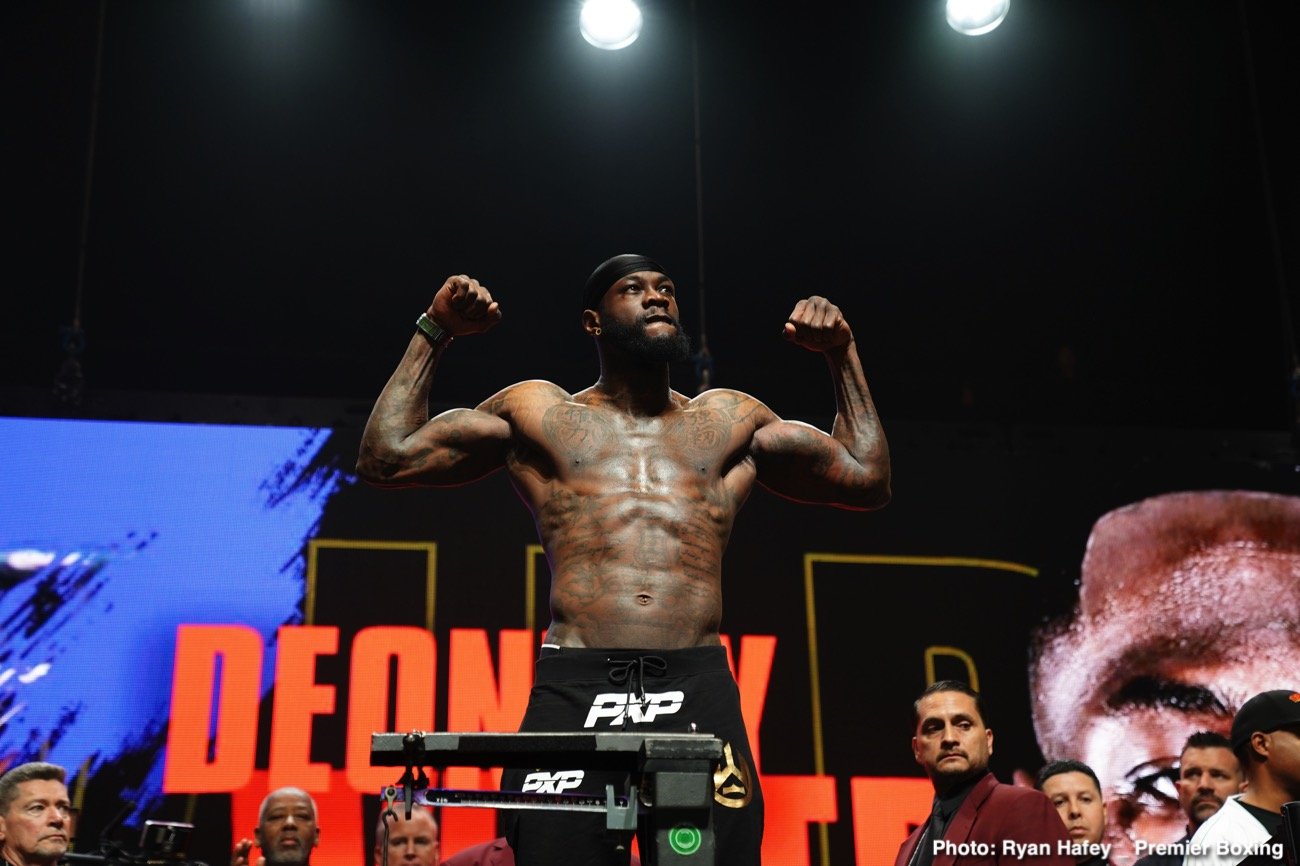 Deontay Wilder is promising maximum violence and blood ahead of his July 24 return fight with Tyson Fury, the third fight of their trilogy. Speaking on a video posted by IFL TV, Wilder warned fans of a sensitive nature what they can expect come fight night – “If your stomach can’t digest what your eyes are about to see, don’t come to this fight,” Wilder said.

“I mean blood, and I’m out for blood,” the former WBC heavyweight champ added.

Judging by this latest appearance from Wilder, judging by his demeanour – laughing and joking one minute, deadly serious and threatening the next – he is not the same man we saw and heard making all those excuses for the loss to Fury during the months that followed his February 20 stoppage loss to Fury. Wilder is still insisting he was “done wrong” in the Fury fight (or fights), but he does now come across as a genuinely confident fighter; a man who truly believes he will get his revenge come July 24,

Appearances can of course be deceptive, but Wilder looks to be the old Wilder again. Maybe he has got his mojo back – the one Fury says he took from him. That said, Wilder himself says he is “not the same person.”

“I ain’t as nice as I used to be,” Wilder said. “There’s gonna be people crying because they’re gonna be saying, ‘Y’all changed.’ I sure did. I’m not the same person. My mind is very violent. It’s like Malik [Scott] said, we built a whole [training] facility to commit a legal homicide. That’s just the way it is. My mind is very violent at this moment in time and I just can’t wait. When I get in that ring, I’m able to release all that I’ve been feeling, all that I’ve been thinking.”

This interview alone succeeds in adding genuine interest to a third fight between Fury and Wilder, a fight that, when first announced, was generally looked at as a pretty pointless fight. Can Wilder get revenge over Fury? Wilder himself seems to truly and absolutely believe that he will get the win next month. “How the hell you gonna beat a full and healthy Deontay Wilder?” he asked.

This is the task Tyson Fury now faces.