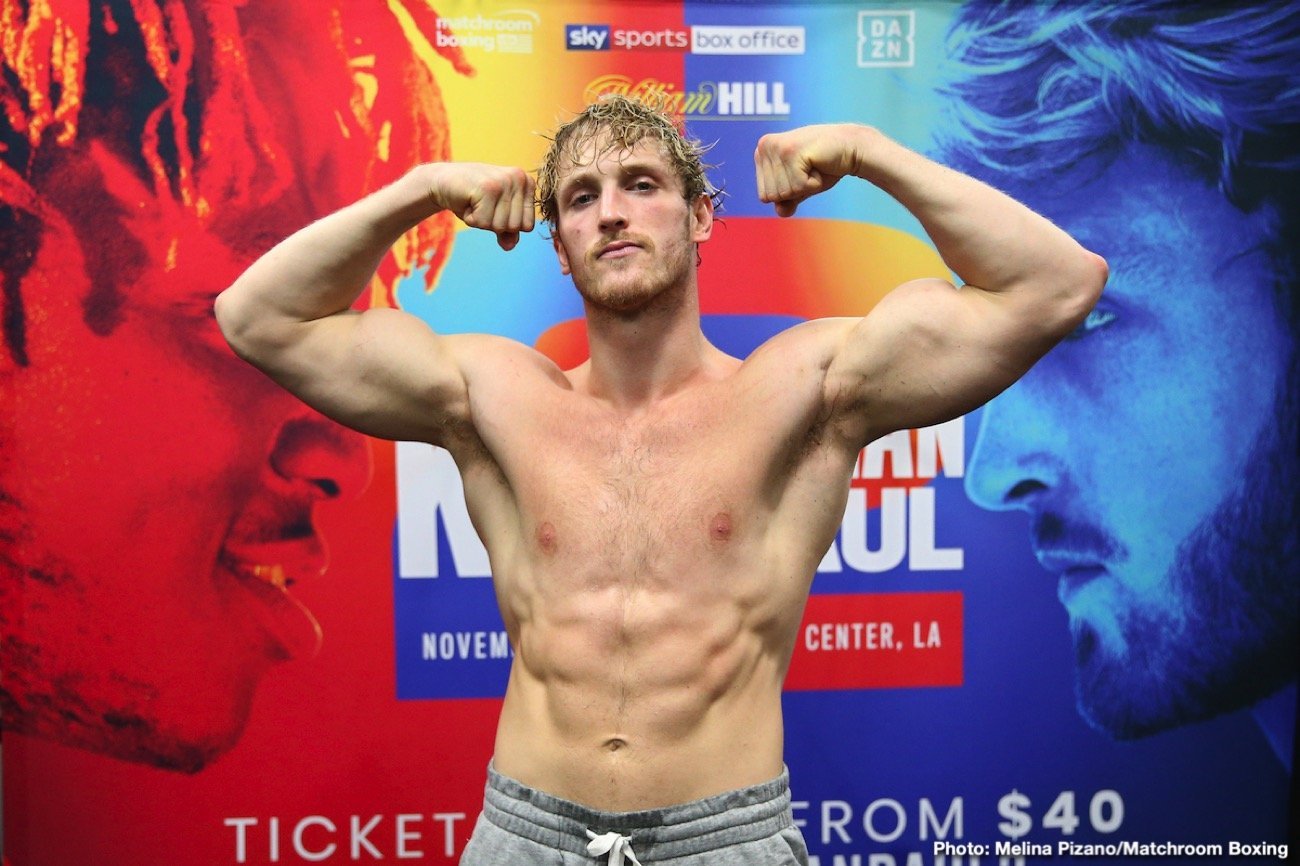 Though he has never won a single fight as a professional boxer, Logan Paul is telling us he will do something on Sunday that great, greats fighters such as Oscar De La Hoya, Sugar Shane Mosley, Diego Corrales, Jose Luis Castillo, Canelo Alvarez and so many others failed to do – stop Floyd Mayweather.

Paul, 0-1 as a boxer, is not merely trying his best to convince us (and himself) that he will defeat Mayweather when he meets him at the Hard Rock in Miami on Sunday evening, he is actually trying to tell us he will stop Mayweather (a KO is the only way either boxer can win the eight-round exhibition bout, as no judges will be scoring the fight and no winner will be announced).

During an open workout, Paul said he will make Mayweather “quit in six.” Hey, it has a nice ring to it and maybe it just rolled off Paul’s tongue with ease. But doing what he said he will do will be something entirely more difficult. In fact, Paul will be made to eat his words. Whether you are planning on buying Sunday’s P-P-V offering ($50 bucks in the US, £16.95 in the UK), and whether or not you buy Paul’s bold prediction, the sane people among us know Paul has the proverbial snowball in hell’s chance.

In fact, this “fight” could turn out to be quite ugly, and hard to watch. Paul – who will weigh 190 pounds max, to Mayweather’s 160 – may well have succeeded in getting under Mayweather’s skin, but he will be made to pay on Sunday. The P-P-V numbers will almost certainly be big (this seeing to it that other “fights” of this nature will take place in the future, unfortunately) but there will be no big upset.

Mayweather has said he needs no strategy to win on Sunday, that he merely has to show up. Floyd has never said a truer word during his 25-year pro career. It’s up to Mayweather what goes down in Miami, whether or not Paul goes down. If Mayweather is still angry come the first bell, Paul will be dissected, punished and beaten up. If “Money” has mellowed and is content with merely having a little fun, Paul may be held up until the end of the “fight.”

Either way, those fans who do tune in will witness a wholly uncompetitive affair. Will YOU be watching?