Deontay Wilder says he’s going to weigh in for his fight with Robert Helenius in the low 220s or below that on October 15th on FOX Sports pay-per-view at the Barclays Center in Brooklyn, New York.

Wilder (42-2-1, 41 KOs) weighed in at 238 lbs for his last fight against Tyson Fury last October, and he feels that weight, which was a career-high for him, made him feel tired & sluggish.

It was a learning lesson for the former WBC heavyweight champion Wilder, so he wants to make sure he comes into his fight with Helenius (31-3, 20 KOs) at a weight that he’s more comfortable with.

Wilder gassed out after four rounds, and that’s not something that he can afford to happen again, especially against a big puncher like the 6’6″ Helenius.

‘The Nordic Nightmare’ Helenius hits harder than Fury, and he could damage Wilder if he gasses out early in the fight on October 15th.

“Somewhere in the 220s, somewhere around there,” said Deontay Wilder during his virtual press conference when asked what weight he’ll come in for the weigh-in on October 14th.

“The weight isn’t what we’re going to worry about in this fight or in fights in the future. We gained a lot of weight for the last fight for others’ expectations to see my body a certain way.

“Yeah, I felt a little sluggish, a little heavy,” said Wilder when asked if he felt heavy at 238 lbs for his last fight against Tyson Fury last October. “You have to understand that I’ve never been 240 ever in my life before, but it was an experiment that I wanted to try.

“We did what we had to do to get the weight put on there, and that’s an experience in the history books for me. The only way to become wise is to apply knowledge to life, and we gained a lot of knowledge from that, and now we know what to do moving forward,” said Wilder. 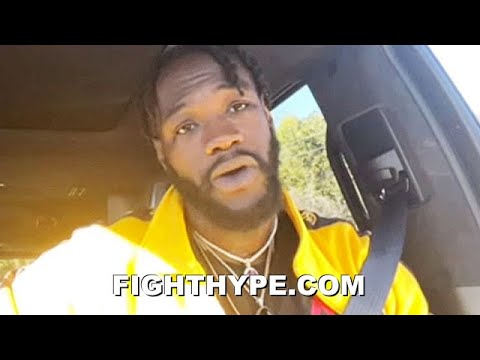