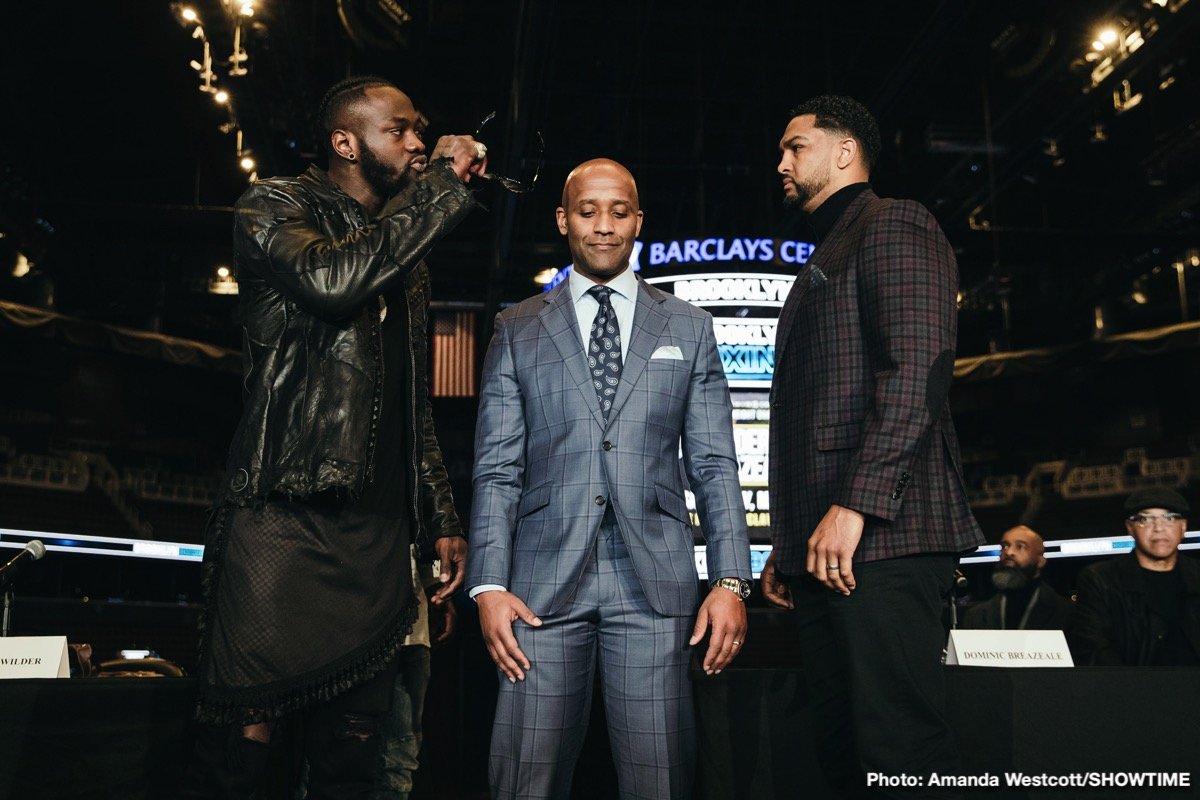 WBC heavyweight champ Deontay Wilder seems to have absolutely no worries going into this Saturday night’s title defence against mandatory challenger Dominic Breazeale. In fact, Wilder, 40-0-1(39) has referred to Breazeale, 20-1(18) as a “nuisance” that stands in his way before bigger and better fights.

Wilder took to social media earlier today, to state what he thinks of the man who has vowed to not only defeat him in New York, but retire him from the sport:

“Mandatories are like flies, and sometimes you gotta be the fly swatter,” Wilder wrote, with a mock video attached depicting him swatting away a fly-like impersonation by Breazeale.

Wilder is having fun in the video yet he is taking the fight deadly serious. At least he better be. These two punchers have a nasty and genuine dislike for one another (the result of that well documented brawl in a hotel lobby a couple of years or so ago) and both men have vowed to score a KO. But is Wilder taking Breazeale too lightly? Does Wilder really feel it will be an easy night, merely a case of him scoring the KO as and when he pleases?

If so, who knows – we could see the upset. As stated before, often when a fighter tries too hard to get the KO, he fails to do so. Might Wilder walk onto something big from Breazeale as he lets his own hands go, perhaps in wild fashion, defence not at all on his mind? It’s entirely possible.

Of the three rival heavyweight champions: Wilder, Tyson Fury and Anthony Joshua, who has the tougher upcoming assignment? Wilder may or may not have his hands full with Breazeale, Fury faces the little-known Tom Schwarz and AJ battles Andy Ruiz Junior. All are expected to win, but there just might be one upset out of the three fights.

If you had to pick the most likely man to score the shocker, it would probably have to be Breazeale. How would a Breazeale win on Saturday shake up the heavyweight division?

Don’t be too surprised to see both men hit the mat in this fight. That red mist can prove to be very dangerous – for both fighters.