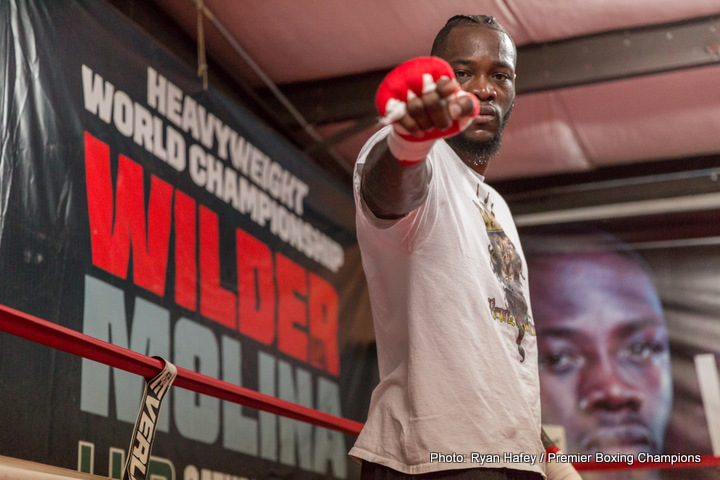 Deontay “The Bronze Bomber” Wilder. WBC Heavyweight Champion. Record 38-0 with 37 knock outs. Wilder is quite the enigmatic and interesting fighter. He had a relatively short amateur career. He only had 35 fights. However he managed to win a bronze medal in the 2008 Olympics. He has sinced turned pro and been on quite the tear. Deontay is young, cocky, powerful, articulate and very athletic. Winning just about every fight with his dynamite right cross. Always showing off some dance moves after his knockouts. He raps, he dances, he can dunk. Wilder is quite entertaning and seems to be thriving in the spotlight. However in the ring he can be a little clumsy when going for the finish. He tends to wing his punches and swing very wildly. He does not make the most of his insane height and reach either .Outside of Bermane Stiverne his resume is devoid of many big names. However you can’t argue with 37 ko’s in 38 fights. Wilder has never been down nor has he ever really been tested. Most observers feel he has been protected. Matched up with journeyman who have no shot at winning. Luis Ortiz reprents his biggest challenge to date.

Luis “The Real King Kong” Ortiz. Interim WBA Champion. Record 27-0 with 23 ko’s and two no contests. In many ways Ortiz can be considered the polar opposite to Wilder. Much more subdued personality compared to Wilder. Not quite as outspoken. Luis Ortiz was a long and decorated amateur with close to 400 amatuer fights. Winning many national and international competitions. With such a long amateur career Ortiz did not turn pro until he was 30. Come fight night he will be 38 years old. Wilder is only 31. Despite his size Ortiz is an extremely talented boxer. Decievingly mobile. Ortiz is a tricky southpaw counter puncher with devastating power. Very good defensively, he forces fighters into mistakes and then puts them out. Ortiz has a few familiar names to his credit but not many. His biggest name opponent may be former title challenger Bryant Jennings whom Ortiz knocked out in 7. Similarly to Wilder this will be the biggest test for Ortiz to date.

Prediction time. When you put these guys side by side you tend to lean towards Ortiz. Wilder is three inches taller however he only has a 1 inch reach advantage. Ortiz has the better technique and Wilder appeared to be exposed by Gerald Washington and Artur Szpilka. Both had lots of success early against Wilder. Wilder especially seemed to have trouble against the southpaw Szpilka. Many experts expect Ortiz to take advantage of one of those big swings and knock Wilder out. However Bermane Stiverne, Chris Arreola and many others had that same game plan. It did not work for them and it will not work for Ortiz either. In many cases athleticism trumps technique and this will be one of those times. Eventually Wilder will land and when he does he puts you to sleep. Going with a minor upset pick. I see Wilder surviving some tough moments. Maybe even getting knocked down before he turns off the lights.

Official prediction. Wilder by ko in 8.

Be sure to tell me who you guys believe is going to come out on top in this match up of undefeated heavyweights.