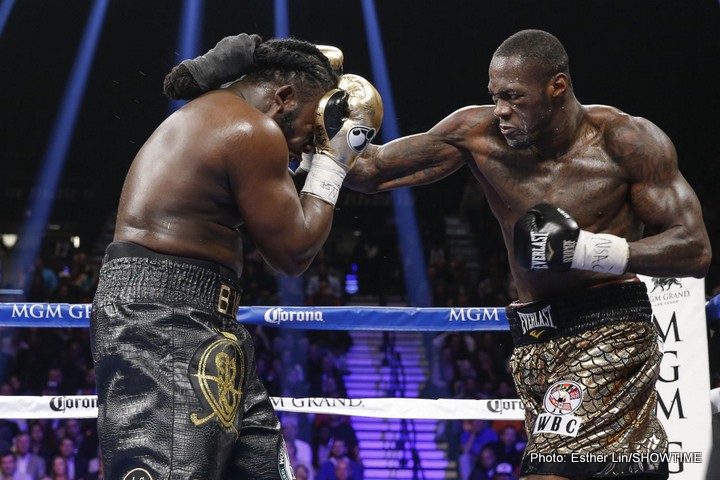 As per the WBC, a return meeting between the governing body’s heavyweight ruler Deontay Wilder and former champ Bermane Stiverne is on the way; ordered as the rematch has been. Wilder, who took the green belt he now holds from Stiverne back in January of 2015, wants to unify the titles, but he will seemingly also have to accommodate the man he out-pointed (Wilder’s best win to date).

Unification fights trump mandatory defences, so we will have to see what happens as far as Wilder’s aim to next fight reigning WBO champ Joseph Parker. Ask a fight fan, and chances are he or she will tell you they would much rather see Wilder in there with Parker than they would enjoy seeing him back in there with the incredibly inactive and likely rusty Stiverne. And Wilder will no doubt be less than thrilled at the idea of having to go over old ground by fighting a man he clearly defeated over two years ago. How would Wilder, 38-0(37) manage to get himself “up” for this rematch?

This is not to say Stiverne, 25-2-1(21) is a bad fighter, he isn’t – or at least he wasn’t. The problem is, Stiverne is now 38 and he has boxed just once since losing to Wilder; decisioning Derric Rossy in November of 2015 and not looking at all good in doing so. That said, Stiverne looked to have got himself in good physical shape for his aborted fight with Alexander Povetkin (the December 2016 fight called off due to the Russian star testing positive for an illegal stimulant) and the former champ deserves something as far as recompense for this scrapped fight.

But can we expect anything other than a second comprehensive Wilder win in the rematch? Stiverne does claim he was ill for the first fight and that he can and will do much better in a rematch. The two sides now have a free negotiation period in which to come to an agreement for this rematch. But when it happens, don’t expect the fans to get too excited.