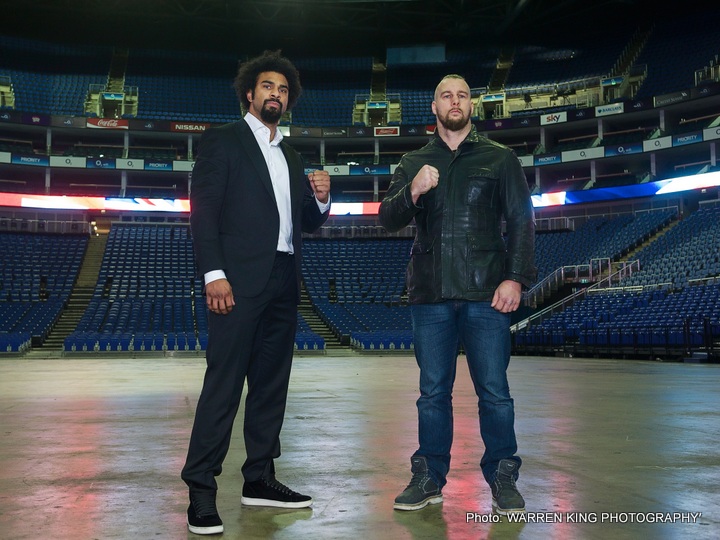 Little known fringe contender Mark De Mori is talking about potentially retiring from the sport if he knocks out 35-year-old David Haye in their heavyweight fight this month on January 16th at the O2 Arena in London, England. De Mori, 33, wants to retire on a high point and he feels that a victory over the ring rusty Haye would be potentially a great way for him to leave boxing.

De Mori is an underdog in this fight despite the fact that Haye hasn’t fought in almost 4 years. Most fans believe that Haye will have no trouble beating De Mori, but you never know when you’ve got someone who has been out of action or as long as Haye has. He last fought in 2012 in beating Dereck Chisora. Haye’s last serious fight was against Wladimir Klitschko in 2011, and he looked really poor in that fight.

“If I win, there is more chance that it will be my last fight,” De Mori said to skysports.com. “If I lose there is more chance I’ll keep on going, because I will want to prove [something]. If I win, you’ve got to understand my position in boxing, it’s not to be famous and to be in the spotlight. That is a little bit of fun when I was growing up.”

It’s extremely doubtful that De Mori will retire if he beats Haye, because he would almost immediately be deluged with fight offers by promoters of different fighters. It’s not hard to imagine that Matchroom Sport promoter Eddie Hearn, who promotes undefeated British/Commonwealth heavyweight champion Anthony Joshua, would be very interested in setting up a fight between De Mori and Joshua. A loss for Haye would put him in situation where he would definitely need a rematch to show that the loss was just a fluke thing.

“I’ve got to pick some point to stop. To knock out a guy like David Haye and retire on a high point, I think would be the most intelligent move,” De Mori said.

It’s too bad Haye didn’t select a better heavyweight than De Mori, because it wouldn’t put him in a no-win situation. If Haye beats De Mori, no one will career because he’s only a fringe contender and rated by only the WBA. If Haye loses to a fighter in the class of De Mori, it’s going to look bad because De Mori would likely lose to most of the top 15 heavyweights in the division.