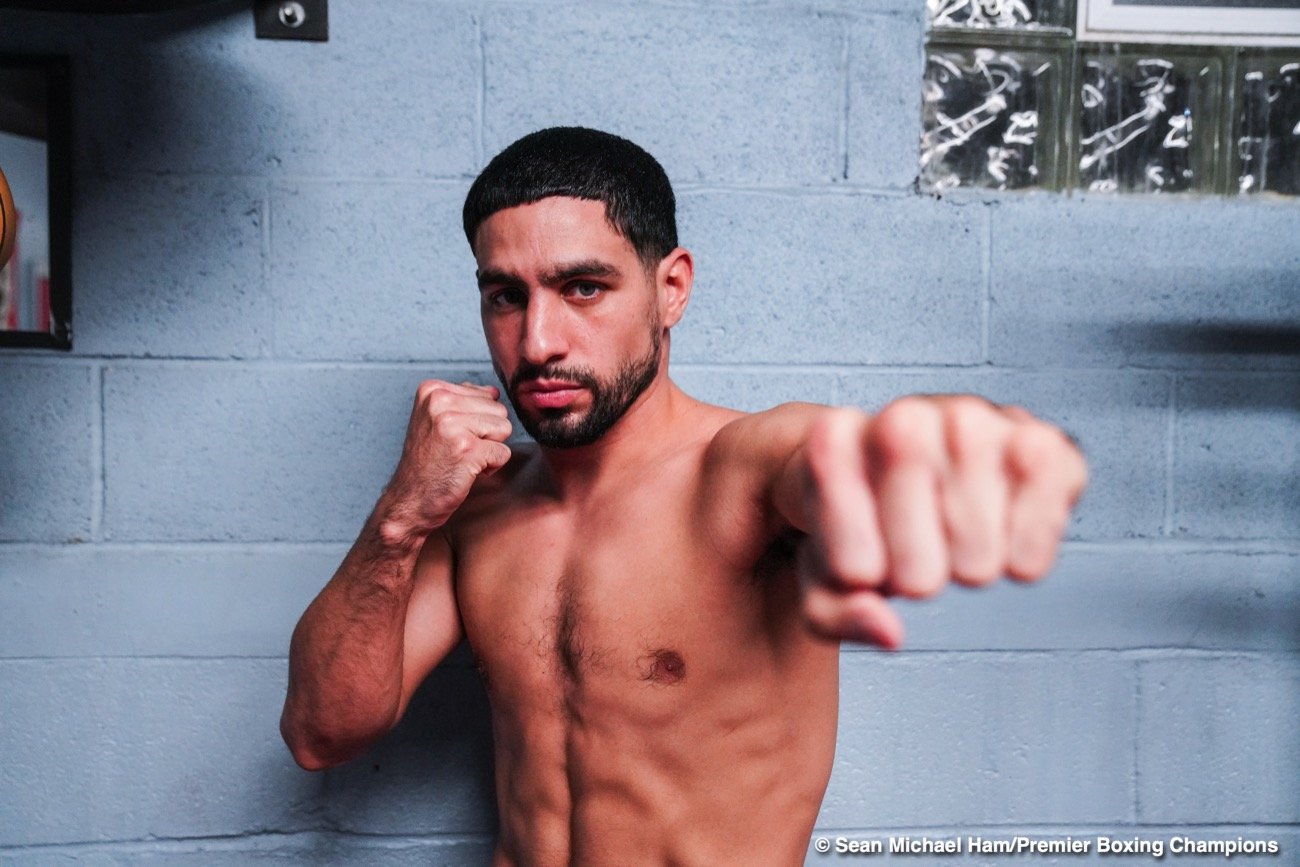 Will the winner of the scheduled Amir Khan-Kell Brook fight call it a career and walk away, or will the winner of this better-late-than-never (we hope) fight look for more fights/paydays/limelight? Khan did say at the presser to (finally) announce the biggest domestic showdown of many a year that he will not retire after beating up Brook – this something which the former champ at 140 pounds is of course sure he will do.

Khan mentioned Danny Garcia’s name, saying he would love to avenge the July 2012 KO loss he suffered at the hands of “Swift.” And now, in speaking with some members of the media (as picked up by Boxinginsider), Garcia (who needs a career re-boost almost as much as Khan and Brook need one; having lost his last fight, this to Errol Spence over a year ago) says he wants the Khan-Brook winner.

Garcia seems to think that Khan thinks he is the better fighter, that the loss of almost ten years ago was an aberration.

“Khan hates me,” Garcia said. “He feels likes he’s better than me. Let’s do it. Get the win and let’s do it again. Let me fight the winner.”

Rewind a few years, and Garcia against Brook, or Garcia against Khan in a return fight, would have been massive box-office stuff. Maybe even now, as we head into 2022, there is some fan interest in these fights. If the winner of the Brook-Khan fight looks good, then maybe the victor, in a fight with Garcia, would be quite a big thing. Maybe not.

But should Garcia be aiming higher? Danny is of course still only 33 and he has far less wear and tear on his body than Khan and Brook do. Garcia, who has never been stopped, could be looking at a return fight with the soon to return Keith Thurman for another, perhaps more intriguing rematch. But if Garcia feels the bad blood he thinks Khan feels, then maybe he believes there is a certain heat to that ten-years-in-the-making rematch.

Let’s see how much Khan and Brook have left in their February clash before we think too hard about what’s next for either former champ.