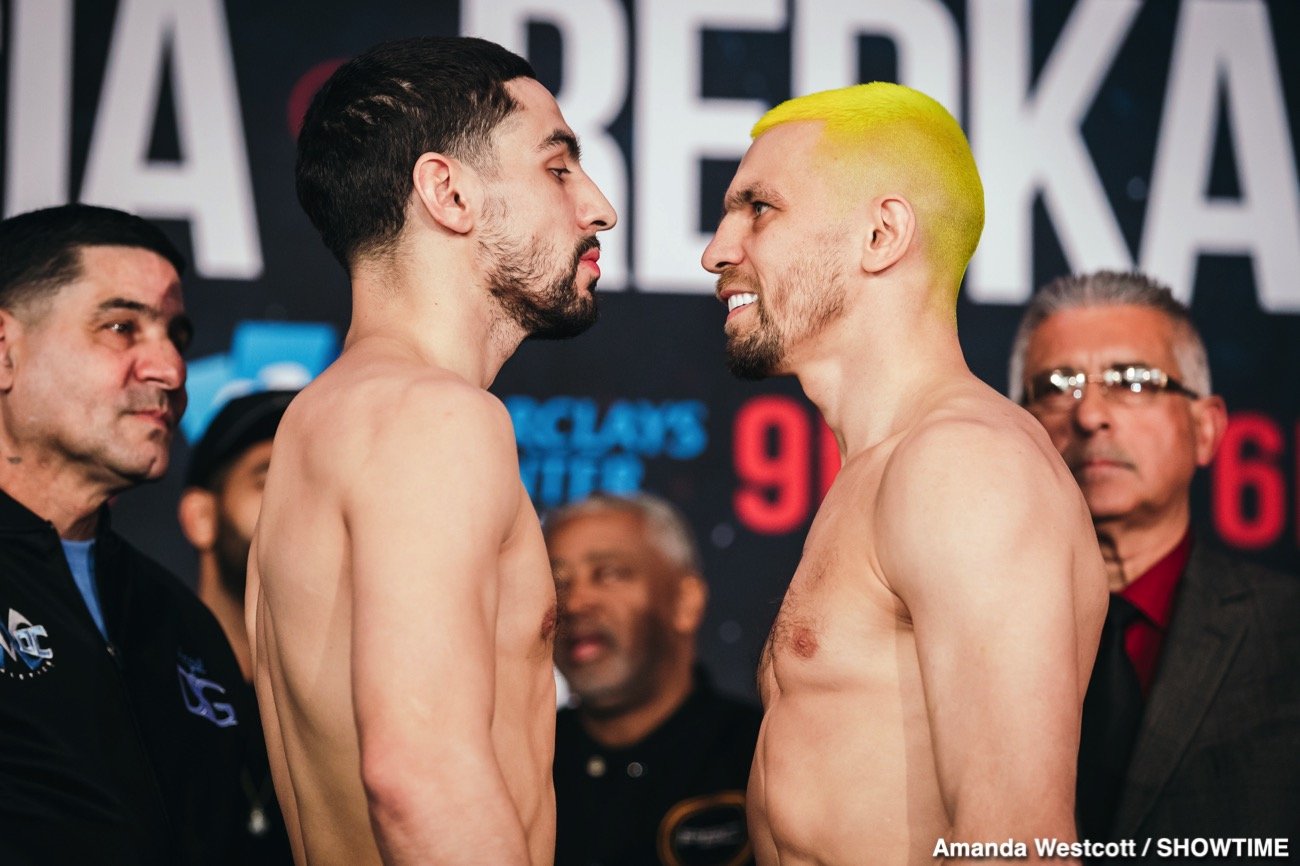 In the main event of this Showtime card from Brooklyn, Danny Garcia fights Ivan Redkach in what amounts to a tune-up on paper. In the co-feature former unified 154-pound champion Jarret Hurd takes on Francisco Santana. The opening bout matches Stephen Fulton against Arnold Khegai. The first fight of the night definitely has intrigue as unbeaten super bantamweight face off. The other two are just run of the mill matchups we hope give fans some form of enjoyment.

This Saturday night Danny Garcia returns to his home away from home at the Barclays Center in Brooklyn, New York. The January 25th date was originally set aside for Danny to face unified welterweight champion Errol Spence. As we’ve known for some time now the event was called off after Spence was involved in a one-man card accident that looked far worse on video for Mr. Spence. Luckily, to say the least, Spence made a full recovery and is looking to fight in the second quarter.

Wouldn’t you know it Danny Garcia is facing a southpaw in Ivan Redkach, which most likely means he will fight Spence or Manny Pacquiao next assuming he comes out unscathed. The term cherry-picking has been used as a common saying on boxing twitter and Danny Garcia has been a main target for that expression. Folks on twitter started to call him that for fighting Rod Salka after a razor-close decision over Mauricio Herrera. Danny fought Lamont Peterson in a catchweight bout on NBC in 2015 but went on to faced a lackluster opponent list that reads Paul Malignaggi, Robert Guerrero, and the worst of these 3, Samuel Vargas. For that stretch run as he got comfortable moving from 140 to 147 this hack-of-a-scribe believes the dig was certainly called for.

As a prospect moving to contender Danny was matched somewhat difficult when comparing other US fighters in the development stage. Garcia’s first big break came as a 6-week replacement from a cancelled rematch between Amir Khan and Lamont Peterson. Garcia was taking a fair amount of punishment in the early goings but that all changed quickly when Danny connected with a left hook. The punch was the beginning of the end for Khan that night in 2012. Garcia would go on to unify the 140-pound division by defeating Lucas Matthysse. A lackluster outing with Mauricio Herrera had him and his team thinking junior welterweight wasn’t going to be possible to make much longer. Obviously the cherry-picking name suited Danny very well during that time period.

However, in 2017 Danny fought Keith Thurman, in 2018 he took on Shawn Porter, and month in to 2020 he was scheduled to face Errol Spence. Needless to say that’s an impressive run so the nickname does not apply and him taking on a southpaw makes perfect sense if indeed Spence or PacMan is next. As far as his fight this Saturday with Ivan Redkach, it should be domination to an extent anyway. Redkach is a game fighter no doubt and will certainly put it all on the line in search of a crazy KO upset. Redkach damn-near had a fresher at the time, John Molina Jr. out on his feet and hurt badly early in their 2017 war. Molina would win by KO but it showed just how dangerous Redkach can be in close quarters. Redkach was losing a competitive fight to Devon Alexander last June on FS1. Ivan landed a flush uppercut that sent Alexander to the mat and Devon never recovered which pumped some much needed life back into Redkach’s career.

Styles make fights and let’s hope we do get some two-way action for as long as this fight lasts. Garcia looked great last April in a one-sided affair with Adrian Granados. Most thought Granados had a style to trouble Garcia at least to a point from the outside. Danny did mention he added more to his strength and conditioning workouts and from the looks of it in the Granados fights anyway, the extra worked paid off.

I don’t expect a Jeison Rosario type upset because of Redkach’s limitations as a fighter. He doesn’t defend himself much at all leaving him open for power punches and most assume Danny will find the holes. What we need is a good ole fashion scrap even if it only lasts 5 or 6 rounds. At the end of the day if Redkach doesn’t hurt Garcia badly he will lose this fight going away.

My Official Prediction is Danny Garcia by 5th round knockout.

The co-feature is Jarrett Hurd returning after taking his first loss as a professional to Julian Williams last May on FOX. To make matters worse his first defeat was in front of his hometown crowd and it featured him getting bullied instead of the other way around. His opponent is Francisco Santana who in his last outing against Abel Ramos lost via unanimous decision. Santana is not a true junior middleweight which will only compound the problem. Francisco is a sitting duck regardless of any changes Hurd made to his fighting strategy.

With all due respect, Santana is a journeymen opponent and here’s hoping he makes some good money for the rest of his career. It should be noted Santana has fought a bunch of solid fighters ranging from Jermell Charlo, Karim Mayfield, to Julian Williams, and Sadam Ali. Much like the main event, were looking for these two guys not to waste too much time fainting and moving. This podcaster thinks we could get a kinder gentler Hurd in the first few minutes or even say two rounds.

Think back to the first part of Hurd’s bout with Jason Welborn on the undercard of Wilder vs. Fury December 2018. Hurd was using a way more defensive stance and in the process got hit a bunch then he got pissed and destroyed Welborn to the body. Don’t be all that surprised if this one looks somewhat similar. Let’s see what Jarrett Hurd and his new corner have been working on.

My Official Predictions is Jarrett Hurd my mid-to-late knockout.

Side Note: Make sure to take a gander to the opening bout pairing Stephen Fulton Jr. 17-0 versus 16-0-1 Arnold Khegai. These two prospects have a common opponent in Adam Lopez both getting the victory but in different ways. This one could take a little while to warm up due to a style-clash. They both can do their work at range or on the move in Stephen’s case. Fulton may need to pick up his punch rate a bit but not to the point of over-extending. Khegai is a very good counter puncher and his right hand packs plenty of pop. Arnold is not the type to sit back and counter only so look for him to make it rough and ugly in as the rounds go on. This fight will come down to which man establishes the jab to set up power shots and being composed when the going gets tough. My Official Prediction is Arnold Khegai via MD.