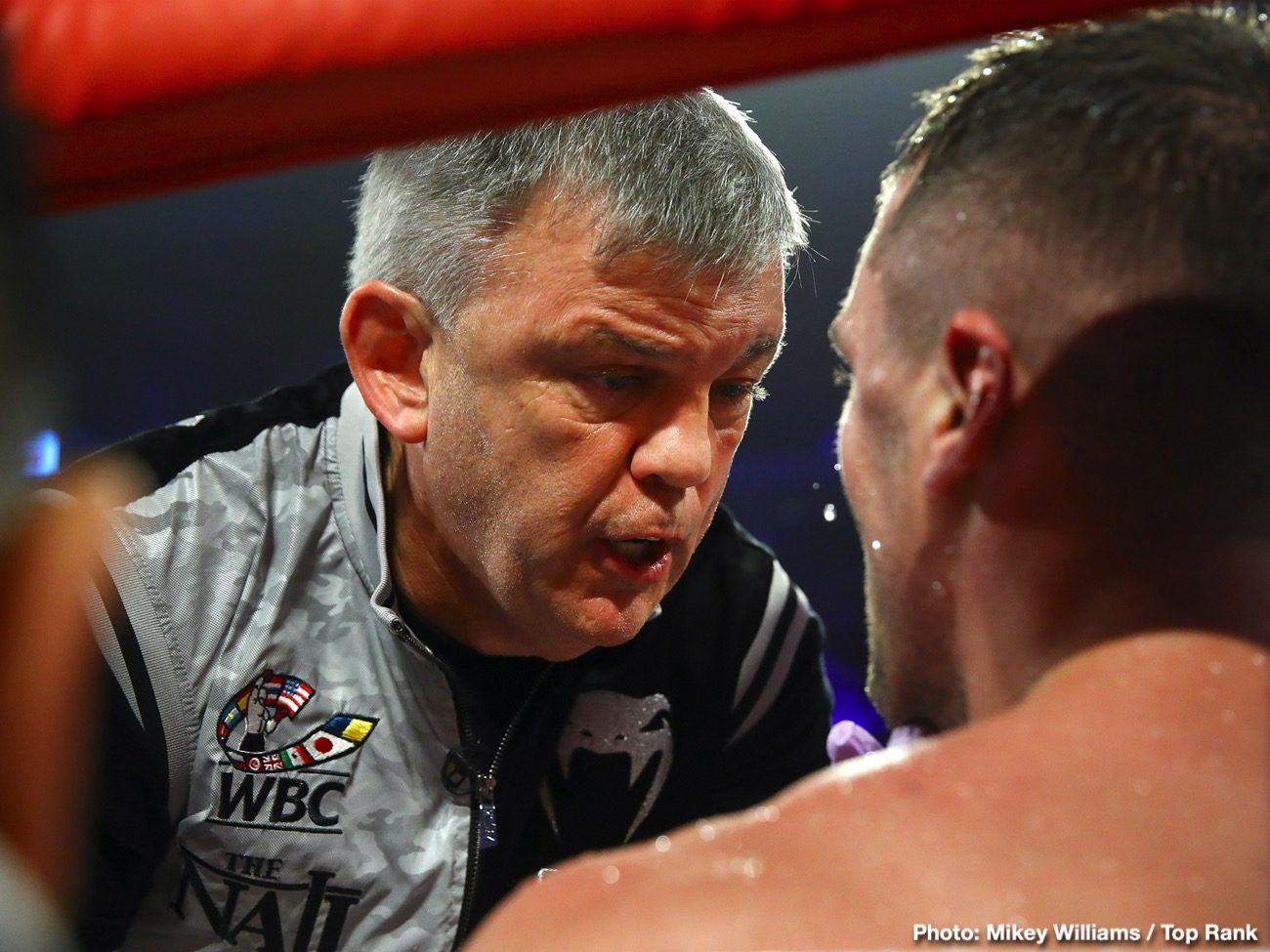 As fight fans have read by now, former heavyweight champ Andy Ruiz has split with trainer Manny Robles (Robles being the fourth man to train Ruiz at pro level – Jeff Grmoja, Freddie Roach and Abel Sanchez being the other three coaches to have guided the Mexican-American at some point through his career) – and the 30 year old is currently looking for a new trainer.

There are of course a good number of good trainers out there, but the name that has been popping up in more than a couple of places (via a tweet from Mike Coppinger and featured inside a Ring.TV.com article) is none other than Teddy Atlas. Atlas, who has been around the sport for decades and has worked with some of the biggest stars in boxing as well as working for T.V and writing books/articles, will, according to Coppinger’s tweet, meet up with Ruiz in the coming weeks, when they “will see if they have the chemistry before agreeing to enter training camp together.”

Now this is a partnership that would be a whole lot of interesting. As fans are well aware, Atlas, a strict disciplinarian, takes ZERO fooling around. If you are a fighter and you are A: not putting in the work in the gym day in, day out, or B: a fighter who is trying to coast his way through a fight, Atlas will not tolerate it. No way. Just ask Michael Moorer (remember when Atlas severely chastised Moorer during the Evander Holyfield of April, 1994, basically telling Moorer “not to bother coming back to this f*****g corner” if he wasn’t going to work hard and stick to the game-plan!)

But if Moorer so frustrated Atlas, what might Ruiz do to Teddy’s patience and ultra-strong sense of work ethic if he either turns up feeling lazy in the gym or looks to take breathers during a fight (assuming the two get that far)? If Ruiz does sit and talk with Atlas, and the two do agree that, yes, they can work together and make it work, it will show how serious Ruiz really is about regaining that world crown.

Maybe Atlas, as strict, tough, old-school and knowledgeable as he is, is just what Andy Ruiz needs right now.