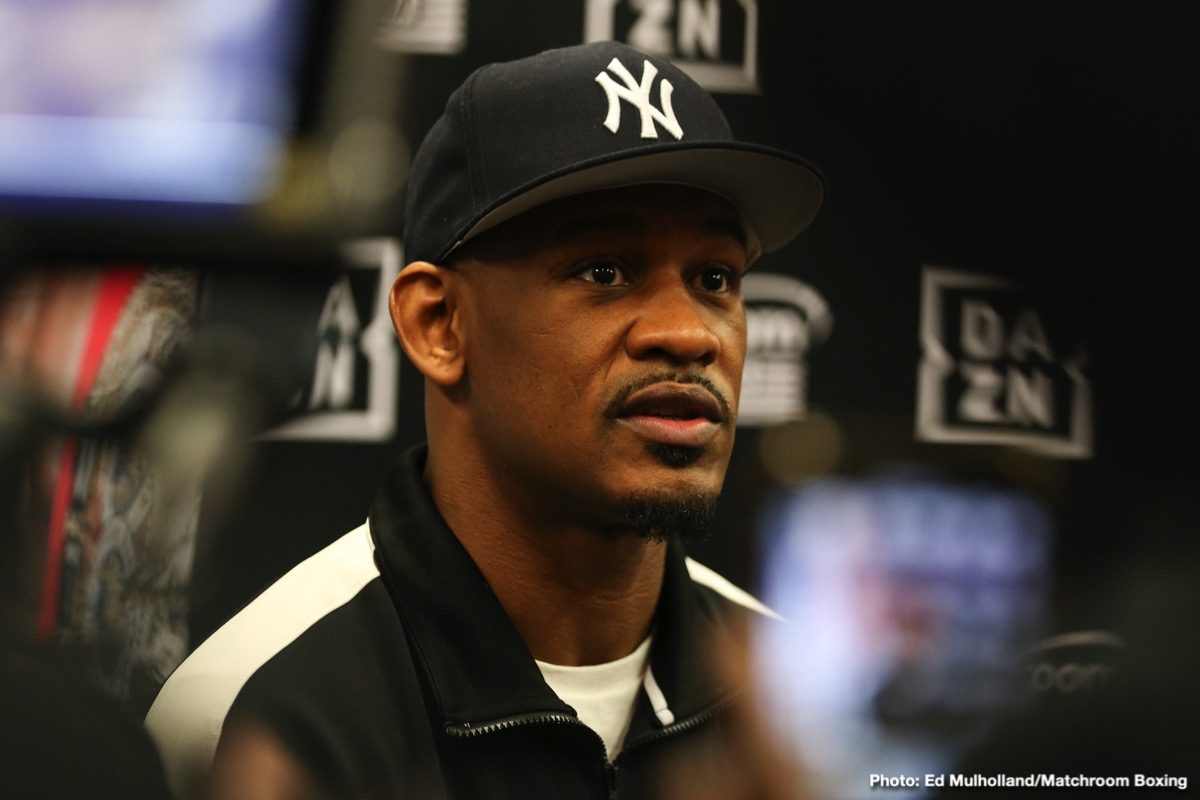 Not too long to go now until the middleweight showdown between Canelo Alvarez and Danny Jacobs, arguably the biggest fight of the year so far. All the major 160 pound belts but one will be on the line in Las Vegas and the stakes are as high as can be. Canelo is the betting favourite to win but he is no massive favourite; there are plenty of fans and experts giving “Miracle Man” Jacobs a real shot at winning.

The toughest middleweight foe Canelo will have faced this side of Gennady Golovkin (Canelo not yet having had too many fights at 160), Jacobs brings all the tools to win. Experienced, big for the weight, fast, mobile and, perhaps most crucially, Jacobs is in possession of a fine chin. Indeed, most fans are expecting a distance fight on Saturday night.

And Jacobs, in speaking with Sky Sports, said that he has already faced the hardest hitting middleweight in the world in GGG, and that he took all that came his way without issue and that he is certain there is “no way Canelo hits that hard.”

“People said GGG hit too hard and I took everything he had and there’s no way that Canelo hits that hard,” the reigning IBF middleweight champ said. “He’s a smaller middleweight than me and I may have to adjust to his size and speed in the early going, but even though he holds most of the belts and it’s largely his titles we’re fighting for, I already see myself as the best middleweight out there and the whole world will agree with me after I’ve defeated Canelo.”

Jacobs believes he has the right to call himself the best middleweight out there because, in his mind, he defeated GGG back in March of 2017, and that Triple-G then went on to “defeat Canelo twice in my opinion.” This is of course down to opinion only, but Jacobs does have his supporters, fans who feel that he did enough to defeat Golovkin and that, yes, GGG did in reality deserve to win both fights with Canelo.

But now Jacobs has to put all that behind him and perform at his best on May 4. Jacobs has been stopped, just once, by the long-since retired Dmitry Pirog, way back in 2010, and though the New Yorker has since displayed a good chin, he is not teak-tough. GGG put him down for a flash knockdown, as did Sergio Mora in a short and explosive fight in August of 2015. And it’s not all about chin; let’s not forget Canelo’s ability as a body puncher.

Again, Saturday’s fight has a very good chance of going all 12 rounds, but Canelo might just surprise us and take Jacobs out. One thing is sure, the fight will be a tense and hard-fought battle. We may even get The Fight of The Year on Saturday.