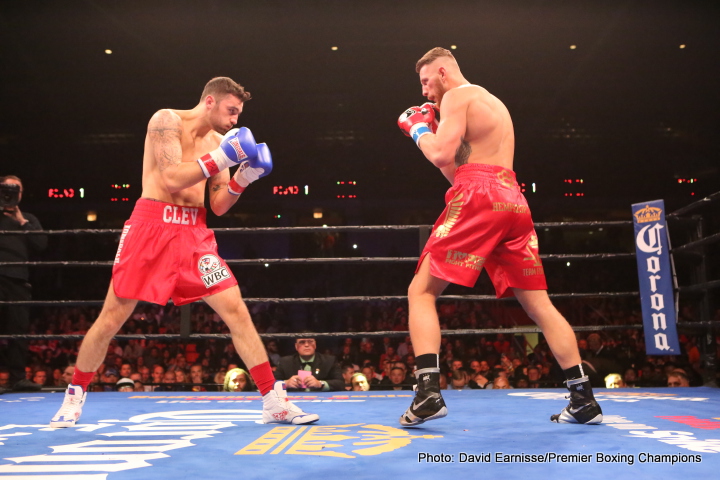 After Welshman Nathan Cleverly battled valiantly to lose a decision to Andrzej Fonfara in their PBC light-heavyweight clash in Chicago last night, bitter rival Tony Bellew has spoken out to say that ‘he deserves respect.’

Bellew and Cleverly are 1 a piece in their own 175/200 lb rivalry, their last fight being November 2014’s PPV bore-fest at cruiser, which the Scouser eventually did enough to win by split decision in front of his hometown fans.

“I think he gains everybody’s respect because he’s put up a great fight, he’s gone to Andre Fonfara’s backyard basically in Chicago,” Bellew said last night, providing punditry duties for Sky Sports. “Ultimately, I always respect fighters and especially guys that go to people’s backyards, and he’s not just done that tonight, he’s done that on two occasions by coming to me.”

Cleverly started brightly in the all-action, phone-booth style fight, pushing Fonfara back, and visibly exuding confidence until a broken nose in the mid-going turned the tide and gave the Pole’s ‘adopted’ hometown fans something to cheer about, slowly emerging the stronger and more succesfull in terms of punches landed.

After battling on until the 12th and dropping the decision, Cleverly may well have said good-bye to a potential shot at WBC champion, Adonis Stevenson – whom Fonfara will now ostensibly rematch – although an avenue may still exist for him in the way of WBA (reg) champion Juergen Braehmer given his performance last night, an option he considered before taking on Fonfara.

“You may not personally like someone but ultimately I do respect him,” Bellew added of his former foe.