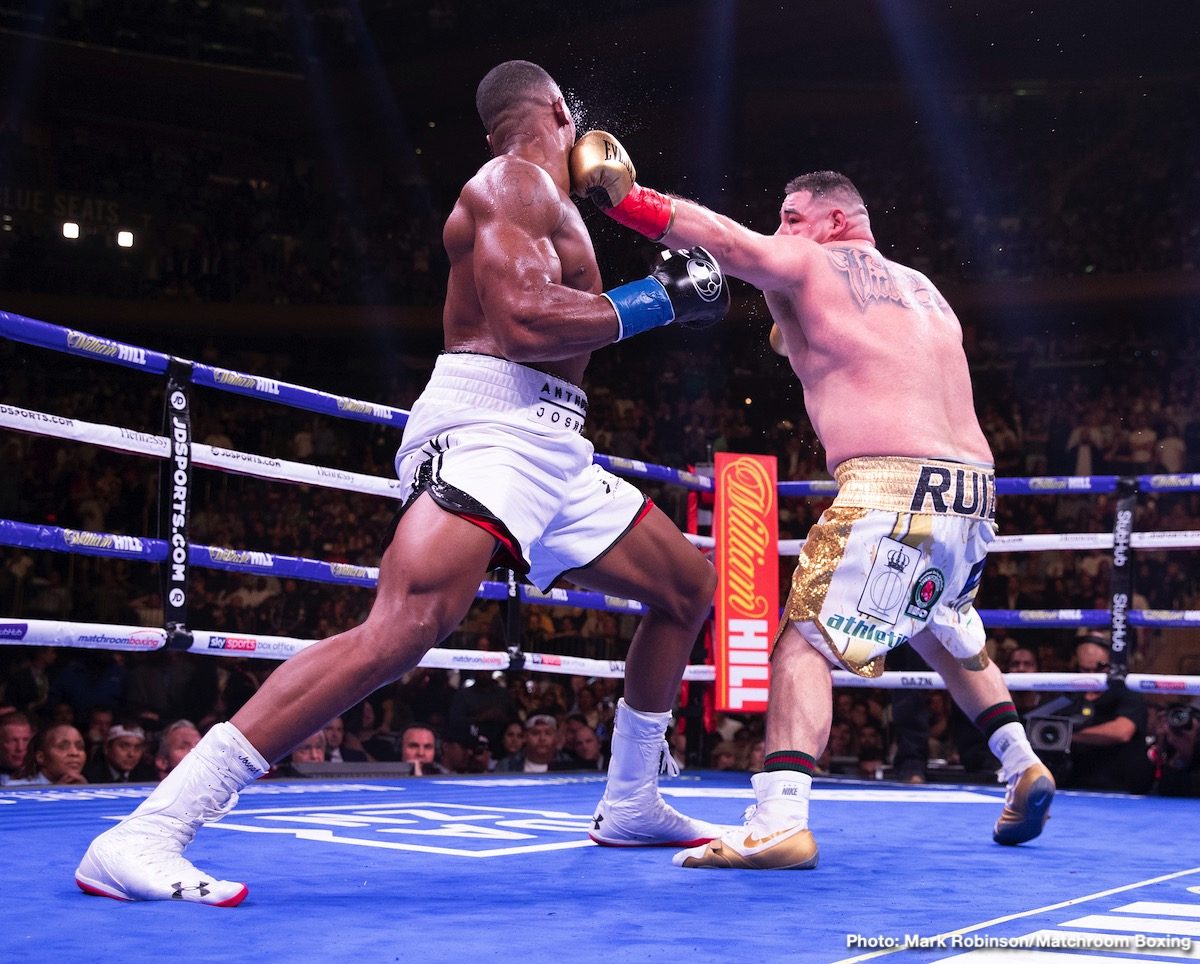 Truth be told, Tyson Fury’s almost constant trash-talk can be quite irritating. Fury calls just about every rival heavyweight “a bum,” insisting there is no-one to touch him. Fury’s latest target is recently crowned WBA/IBF/WBO heavyweight champ Andy Ruiz. Fury stated how the thrilling fight Ruiz had with Anthony Joshua, when he scored his big upset, was “like two bums fighting each other.”

This is rich coming from a man, the self-proclaimed lineal heavyweight champion, who fought the little-known and wholly out of his depth Tom Schwarz in his last fight. Imagine the backlash Joshua would have got, from Fury and from plenty of other people, if he had fought the German. In any case, Fury is barking up the wrong tree if he is trying to unsettle Ruiz with his comments – as “The Destroyer” made clear when speaking with K.O Artist Sports.

“Yeah, Andy Ruiz is a bum, everyone’s a bum. I’m still a fan of the guy. I don’t know if people want me to talk bad about him, but that’s not the type of guy that I am,” Ruiz said of Fury. “As long as he does what he has to do, I salute Tyson Fury. And Wilder too you know because it takes a lot for us big guys risking our lives in the ring to take care of our families. I’m not the type of guy to talk outside of the ring. But inside the ring, I’ll be doing all the talking for sure.”

It will be interesting to see how Ruiz, if he can stay where he is, on top and holding belts, manages to handle Fury’s attempt at mind games if and when the two fight. Some say Wladimir Klitschko was mentally beaten by Fury before the fight they had back in 2015, but Ruiz seems like the kind of quietly confident guy who would just laugh at Fury and his insults. Maybe Fury would become the guy to get intimidated if he were unable to make the slightest dent in Ruiz’ psyche.

Hopefully these two big guys will face one another somewhere down the road. First things first though, and Ruiz has to repeat his big win over Joshua. Until he has done so, Ruiz says, he will not even think about any other heavyweight. Right now though, it really is quite refreshing having a gentleman on the top of the heavyweight ladder. Trash-Talking sure has gotten old just lately, don’t you agree?