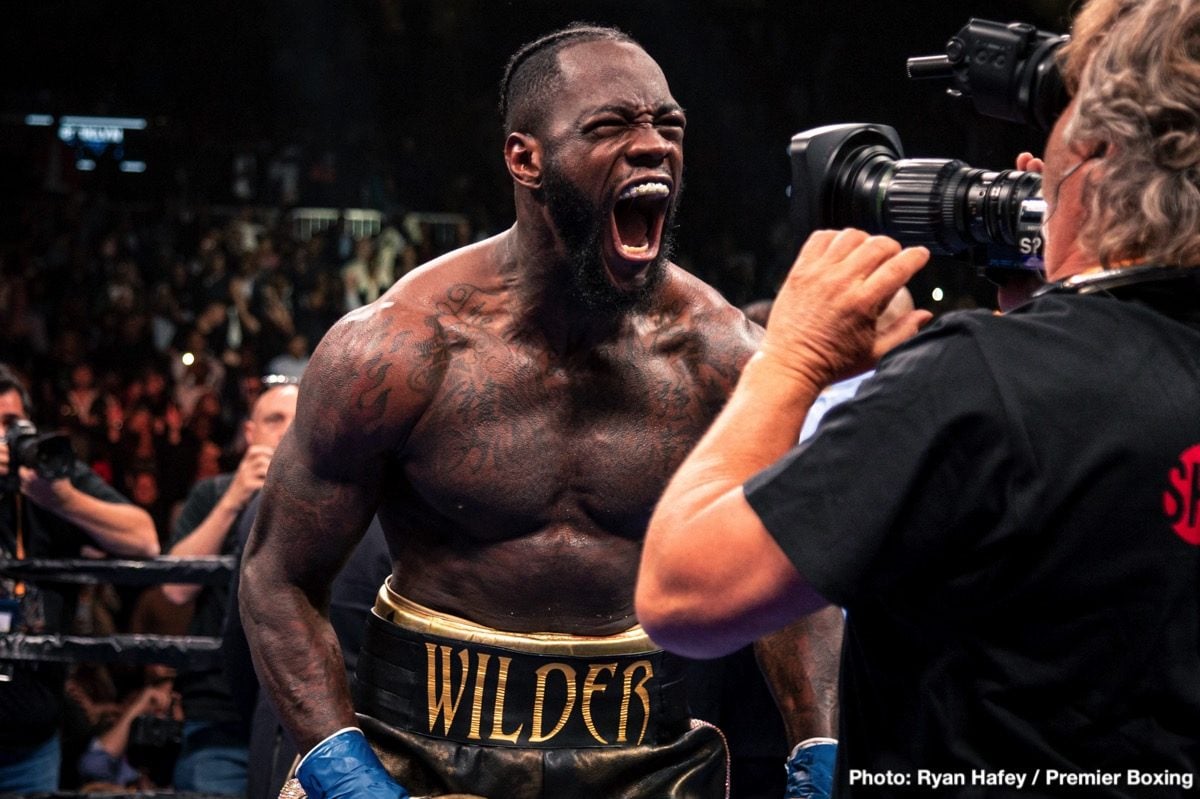 Promoter Eddie Hearn feels we will not see a return fight between Deontay Wilder and Luis Ortiz. Not this year anyway. The rematch, always a potentially explosive as well as risky fight for reigning WBC heavyweight king Wilder, was announced, by Wilder, earlier this year. But since then Bob Arum has spoken of the possibility of Wilder instead going straight into his rematch with Tyson Fury next, this sequel to go down before the end of this year.

Wilder and Fury were initially proposed to fight their eagerly anticipated part-two some time in the first quarter of 2020, but Arum – and now Hearn – feels it could be a whole lot sooner than that. Arum had said he wanted to sufficiently build Fury up in the U.S, and that this would perhaps take two of his fights on ESPN to do it. But now it seems, in light of how well received Fury was both before and after his easy win over Tom Schwarz, Arum believes the man he can turn into a latter day George Foreman in terms of being loved by the general public is high profile enough.

Hearn told Boxing Social he believes it will be Wilder-Fury II next, and that the winner will then have to face his heavyweight, the deserving Dillian Whyte.

Ortiz, or at least his people, did turn down the June 1 shot at Joshua that Andy Ruiz took, and if Hearn is right on the Cuban losing out on the Wilder fight also it’s clear the ageing southpaw will be hopping mad – and running out of time. As for Whyte, Hearn has said a number of times how he feels Whyte’s July 20 fight with the unbeaten Oscar Rivas will be both a final eliminator for the WBC title, and perhaps an interim title bout.

“It’s 600 days this week since Dillian Whyte’s been WBC number one so we don’t want to wait much longer,” Hearn said. “July 20 will be a very important fight for his career because if he wins that fight he will get a shot at the WBC world title.”

Fans would likely be happy enough to see a Wilder-Fury II moved ahead of schedule, and then the winner of that fight (assuming there is a winner this time) against the hungry and determined Whyte would be another fascinating fight. The only loser if this scenario indeed unfolds will be Ortiz.